By Wade Sellers and Shive Prema For Daily Mail Australia

A long line of Asian customers queuing up to buy baby formula at Woolworths has been captured on camera.

The video, which was shot by a retail professional when she was buying groceries at Chadstone shopping centre in Melbourne, shows around 25 people waiting in line to buy the ‘powdered gold’.

The shopper was in disbelief as they scanned the line, which snaked around the aisles – captioning it with ‘bloody hell’.

After Daily Mail Australia contacted Woolworths for comment, a spokeswoman for the grocery giant said they viewed the incident as standard.

The incident is part of an ongoing trend of ‘Daigou’ shoppers – Chinese customers who buy items for re-sale in China.

The influx of Chinese customers purchasing baby formula had gotten so extreme that many supermarkets had to instill a two-tin rule and employ extra security to ensure everyone was being fair.

Although this hasn’t stopped many customers running into the store to make the purchase and then running back out to drop them off to a partner before running back in to make another purchase.

Retail professional Melissa Roach posted a video of a long line of shoppers at a Melbourne Woolworths to Instagram and Facebook. There are 22-25 people in the line waiting to buy baby formula.

‘We encourage any parents who find their chosen baby formula is unavailable on the shelf to speak with the store manager or customer service Desk so we can help them get stock as quickly as possible,’ the spokesperson said.

They regularly get friends and family living in Australia to purchase products and ship them back in bulk to China to save money. 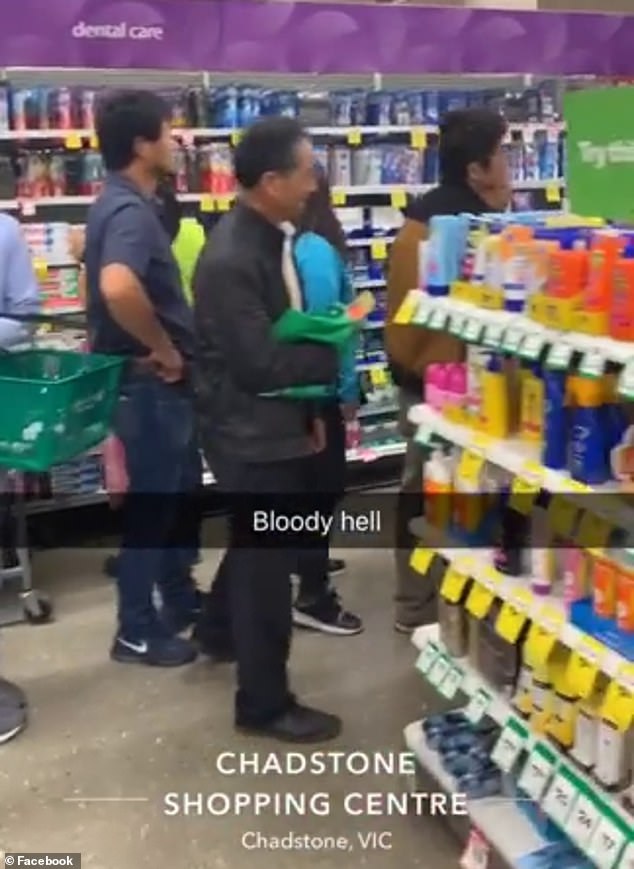