A repulsed Tesco shopper was left disgusted after discovering a ‘huge clump of hair’ in his tagliatelle ready meal.

Dale Mallon, 27, noticed some strands of what appeared to be soggy matted hair tangled around his fork as he tucked into the ham and mushroom pasta at work.

At first the queasy customer, from Greenwich, London, thought it was a dead rat, but Tesco have insisted that it’s actually ‘mushroom fibres’.

A repulsed Tesco shopper from Greenwich, London, found what appeared to be a clump of hair in his pasta ready meal

However the supermarket giant admitted it was an ‘unusual’ amount and asked for it to be returned to them for testing.

Unfortunately Dale had already disposed of the food and was unable to return it but says the supermarket issued with him a refund and £10 as a ‘gesture of goodwill’.

Dale said: ‘It was disgusting. I couldn’t eat for the rest of the day – it made me sick. There was quite a lot of hair.

‘I was eating lunch at work and I’d had a couple of forkfuls when I noticed a little bit of hair on the fork. 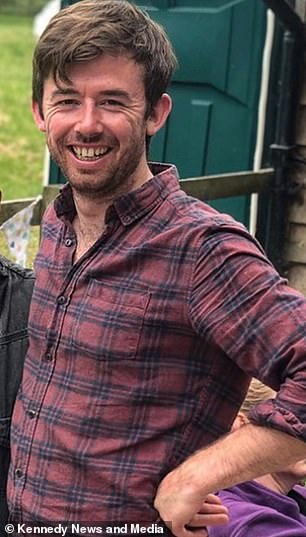 Dale Mallon, 27, noticed some strands of what appeared to be soggy matted hair tangled around his fork

‘I took that off, then when I started digging in it was almost like a rat’s tail or something.

‘When I pulled it out [from under the pasta], it was big. It looked like when people dig clumps of hair out of a blocked sink.

‘I had a few mouthfuls so I possible could have eaten some.

‘I can only imagine someone who works in one of these factories had cut a bit of their hair out – it looks like a huge clump.’

The ham and mushroom tagliatelle meal was part of Tesco’s three for £6 deal and Dale had also bought a spaghetti carbonara that he later threw away.

When he complained to the grocery chain, Tesco claimed the unwanted addition would be mushroom fibres – although Dale has hit back stating it was ‘100 per cent hair’.

‘I wouldn’t call it my favourite ready meal, it’s just convenient when I’m working and I grab it to keep me going. I don’t think I’ll be eating from them again – I’ll be avoiding Tesco at all costs now. 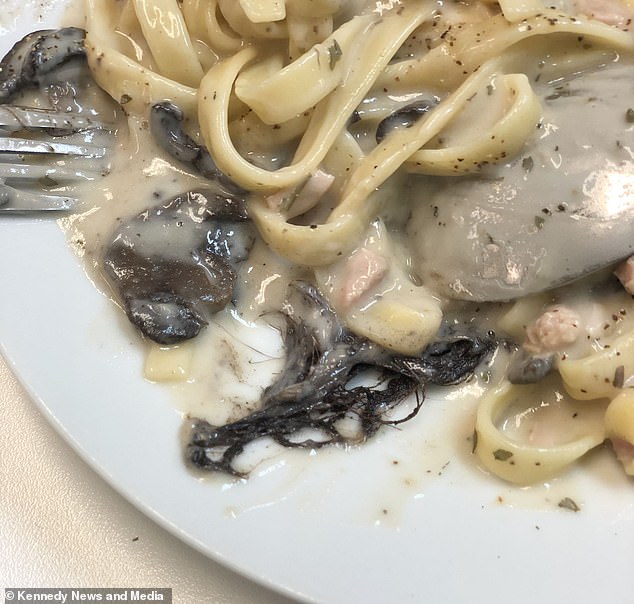 Although he thought it was a dead rat, and his friends likened it to pubic hair, Tesco insisted that the stringy clumps were ‘mushroom fibres’ 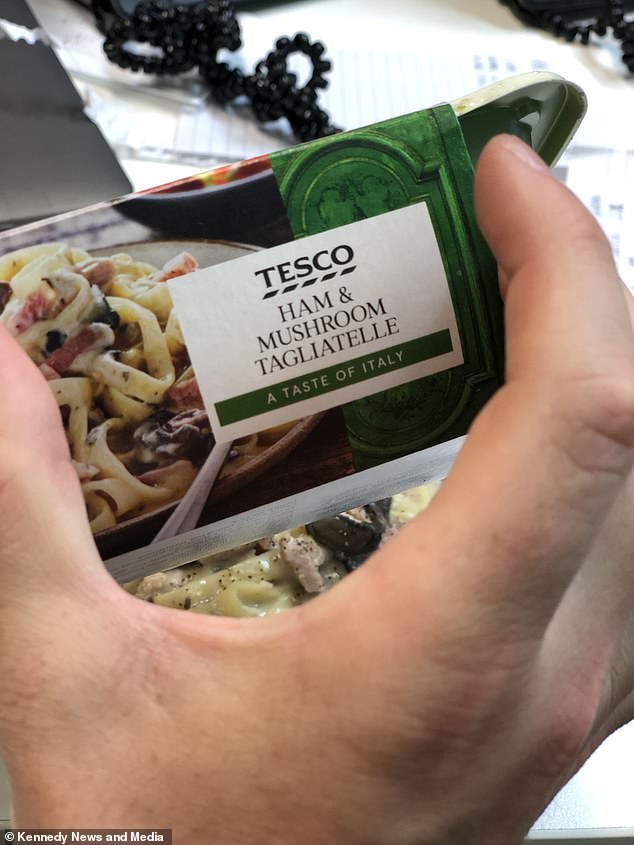 ‘Tesco wanted me to take it into the store but I’ve thrown it in the bin.’

A Tesco spokesperson said that they had encountered this type of occurrence before on a ‘few occasions’ that turned out to be mushroom fibres but wanted the food back to investigate.

The spokesperson said: ‘We appreciate the concern this would have caused Dale, but would like to reassure him that this is not hair, but in fact mushroom fibres.

‘It’s unusual for this amount of mushroom fibres to be present and we are working with our team to investigate how this happened.

‘We’ve been in contact with Dale and will provide him with a full refund as well as a gesture of good will.’