A picture of pre-packaged meat with a security tag attached at a major supermarket has divided social media.

‘Has it come to this?’ asked the stunned shopper who posted the image on Reddit.

The picture of Coles brand pork fillet shows the meat in a see-thru plastic bag with a bright yellow security tag.

The images comes on the back of a boom in self-service checkouts which have reportedly resulted in an increase in theft.

Users quickly debated the meaning of the security tag which is often used on high-priced electrical and beauty products.

‘Usually the illusion of security is just as effective as real security and far cheaper,’ one user wrote.

Another felt the tag had a duel purpose.

‘The tag changes colour if the meat warms up above the safe refrigeration temperature,’ the user wrote.

Theft costs the industry more than $7.5 billion each year according to figures from the Australian Retailers Association.

It has steadily increased over the past decade according to various sources.

Theft constituted 70 per cent of all retail crime in the state according to a New South Wales Government Justice Department report. 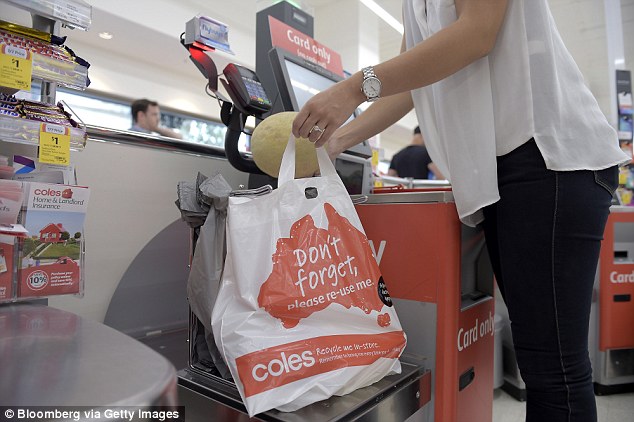 Figures from a number of organisations show that in general, retail theft has seen a steady increase over the past decade including a spike at self service checkouts

‘Retail theft has been fuelled by consumer demands for low-cost goods coupled with a reduction in staff on the retail selling floor,’ the report reads.

‘This environment provides numerous opportunities and motivation for the enterprising shoplifter and dishonest employee.’

‘Research has shown that often goods stolen are resold on the secondary market, through auction sites for example, and to unscrupulous retailers.’ 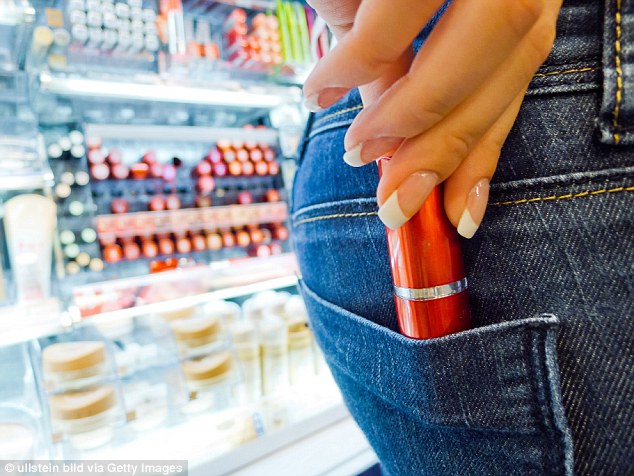 Figures showed that females are more likely than males to be apprehended shoplifting and almost 80,000 juveniles had been caught in the last decade (stock image)

Theft has risen 4.1 per cent in the past 60 months in NSW according to another Justice Department study.

‘This was the fourth consecutive annual increase since 2013–14.’

Females are more likely than males to be apprehended for a shoplifting offence.

Adolescents are over-represented in shoplifter population.

Research suggests that acts of shoplifting can be categorised as either rational or non-rational.

The majority of shoplifters are motivated by profit or gain.

Self service checkouts have also presented greater opportunity for retail theft but a new technology could soon curve that trend, news.com.au reported.

The technology, created by Tilter Technology will employ product recognition, preventing thieves from cheating the system.

Co-founder Chris Sampson said a camera would allow the machines to identify the product and then automatically register its price to the sub total.

‘It’s based on machine learning and artificial intelligence which has been taught to recognise different types of fruit and other products,’ he told news.com.au.

‘The big value for supermarkets is removing the significant loss seen from people entering the wrong information when using self-service checkouts.’

Coles was contacted for comment on the new security tags.