Shoppers at a Sydney Aldi slammed for ignoring social distancing

A swarm of desperate Aldi shoppers have been slammed for blatantly ignoring social distancing rules amid the spread of coronavirus.

Crowds of shoppers were captured in a store in Sydney’s inner west on Sunday, exceeding the government’s policy to keep 1.5 metres apart.

Some customers were wearing face masks as they waited in the check-out queue with some so close they were nearly touching each other.

Crowds of shoppers were captured in a store in Sydney’s inner west on Sunday, exceeding the government’s policy to keep 1.5 metres apart (pictured)

‘With no human immunity, imagine if one person in this picture was sick with COVID-19?’ a mother who was in the store on Sunday wrote on Facebook.

‘Just in my family alone, that’s three teachers and one pathology lab scientist taken out of work for two-plus weeks.

‘I won’t be exposing myself to this again unless absolutely necessary.’

Others commented on the post and said some stores were so crowded they were forced to leave.

‘How about the supermarket staff? Scary place to be working on if anyone as COVID-19,’ another said.

Other shoppers said they had also seen Aldi stores bombarded with crowds in recent days. 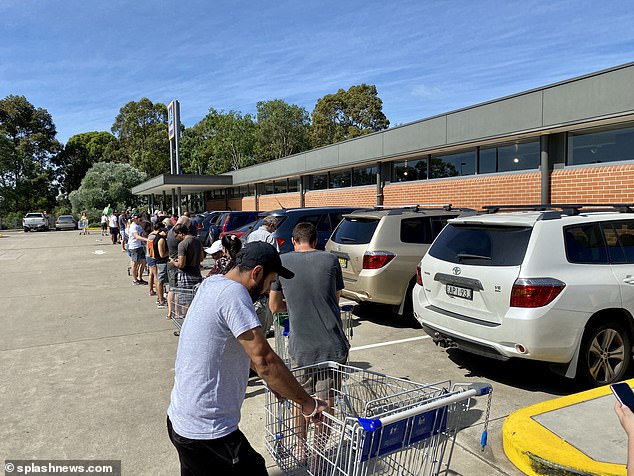 Queues of shoppers spill out the door two hours before store opens at an Aldi in Rouse Hill, Sydney 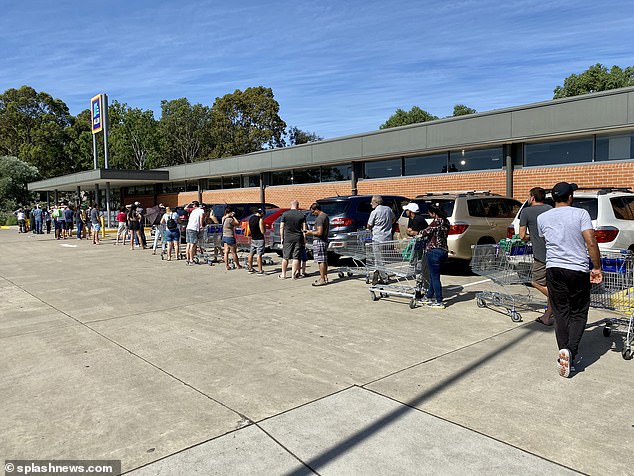 ‘My husband went and did the shopping by himself today and was totally disappointed at how people were carrying on, he got there 10 minutes before it opened and when it did they pushed there way through like vultures,’ another wrote.

Aldi said that they had taken a range of measures to ensure the safety of customers.

‘For the safety of our store employees and our customers, we are implementing a series of social distancing measures in our stores,’ a spokesperson said.

‘We are asking customers to support us in this effort and prioritise those less able or requiring special assistance to move to the front of the line.

We will continue to monitor the situation and will modify our operations as necessary.’

In some stores, markers have been placed to remind shoppers to keep at a distance at the check-out.

It comes after Scott Morrison urged the public to follow the government’s advice and take social distancing seriously.

Those that breach a public health order could find themselves behind bars for six months. 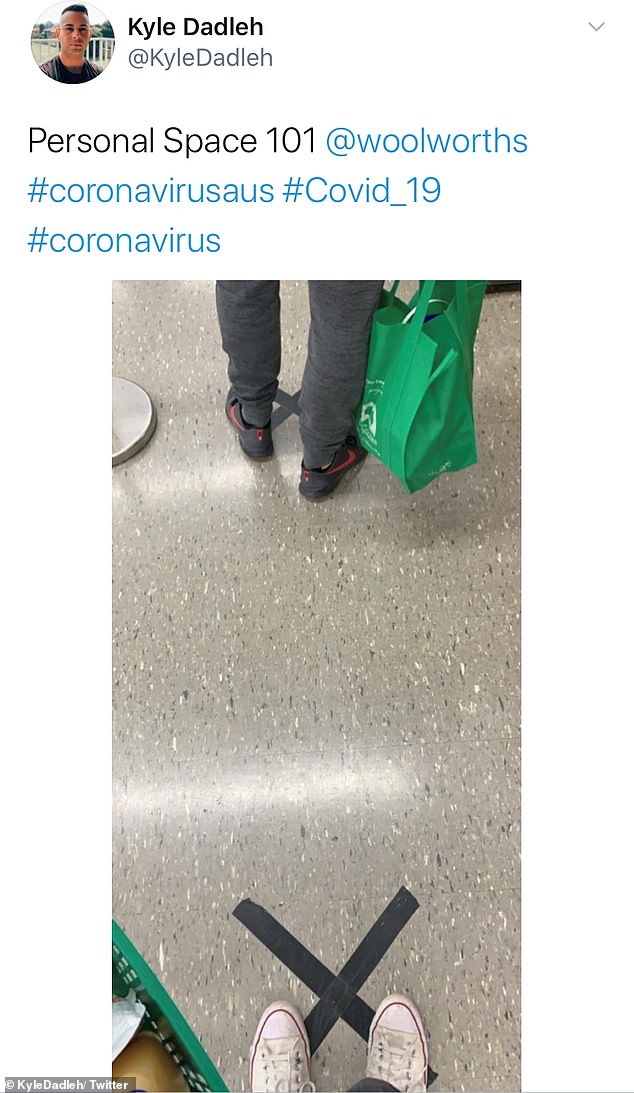