Disturbing footage has emerged of a violent brawl that erupted in a car park between shoppers as punches were thrown and a woman was pushed to the ground.

The fight unfolded outside the Stockland’s Wetherill Park shopping centre in Sydney’s west on Sunday afternoon as two cars appear to nearly collide over a parking space.

The two couples engaged in a heated argument before the women allegedly started throwing punches, launching an all-out brawl.

Both men and women allegedly squared up as one man was punched and kneed in the head after collapsing on the ground.

The women continued to scream and pull at each other’s hair in the middle of the car park as onlookers attempted to break up the brawl, footage shows.

One of the men separate the women before allegedly pushing one to the ground in frustration.

The video has sparked outrage online, with many shoppers condemning the fight. 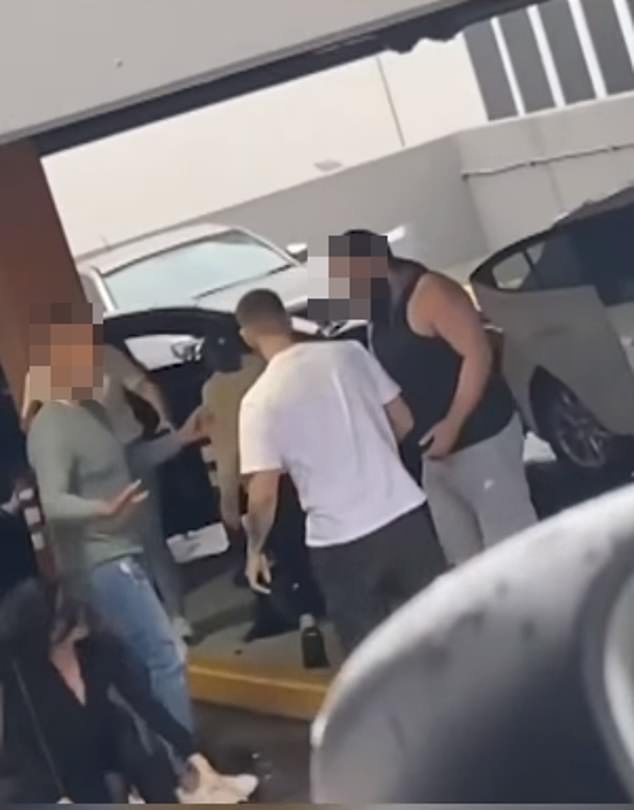 We were there on Saturday, took us 30min to get out of car park,’ another said.

‘They are setting a bad example. Have they no shame,’ another wrote.

The pair were given conditional bail and will appear in Fairfield Local Court on April 12 2021.

Stockland confirmed to Daily Mail Australia they cooperated with police following the incident.

‘Following an incident in the car park at Stockland Wetherill Park on Sunday afternoon our security team has shared CCTV footage with local police’, a Stockland spokesperson said.

‘The safety and security of the local community is our priority and we have a security team at the centre 24 hours’ a day.’ 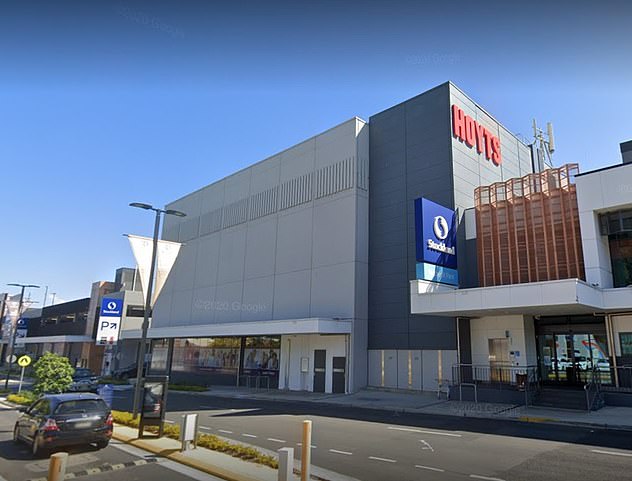