Shoppers fled in terror when gunshots rang out at a Los Angeles mall on Monday evening.

Two people were reportedly injured in the shooting  at the Valley Plaza Mall in Bakersfield, California.

Footage of the shooting shared on social media shows people fleeing as several gunshots are fired after an argument between teenagers erupted into violence. 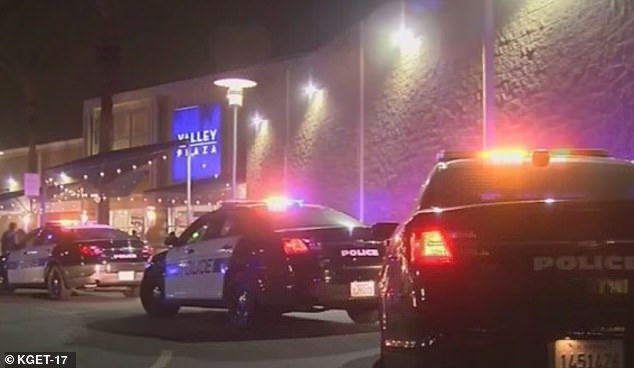 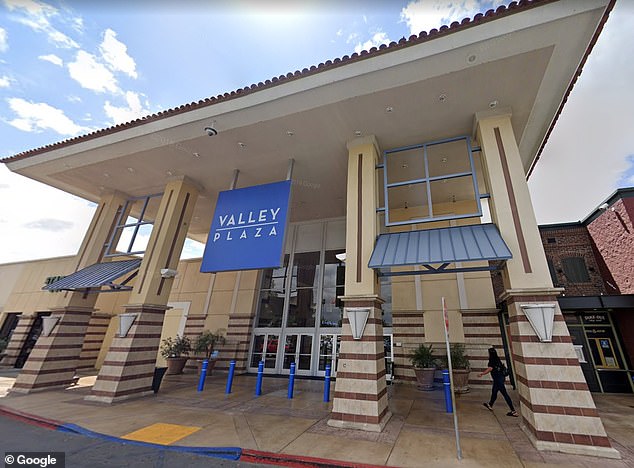 An outside view of the mall where the Monday evening shooting took place. Authorities say two people were injured but the extent of their injuries have not been made public

In the background of one video a woman can be heard shouting, ‘run, run’ as others scream in terror.

One witness, an employee at the mall, told 23 ABC Bakersfield that at least eight shots were fired.

‘I was walking past when the shooting took place, there was at least eight to ten kids in a huddle having a loud verbal argument,’ he said.

‘I clocked on and I heard a whole round of shots, eight shots I believe. I hear that pop off, everyone just starts running it’s instant chaos after that.’

Bakersfield city spokesman, Joe Conroy, told the Los Angeles Times two groups of people had been fighting at the mall when someone ‘pulled a gun’

‘Two or three people were injured and the police are searching for one suspect,’ he said.

Two juvenile victims were taken to the hospital – but Conroy was unable to give out information on their condition.

Footage of the aftermath of the shooting shows people milling around in shock, talking out their phones and being interviewed by police who had cordoned off sections of the mall. 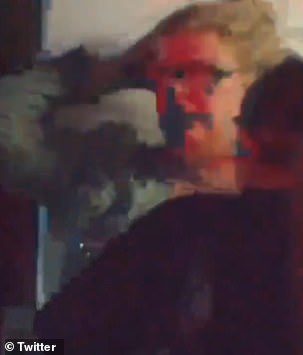 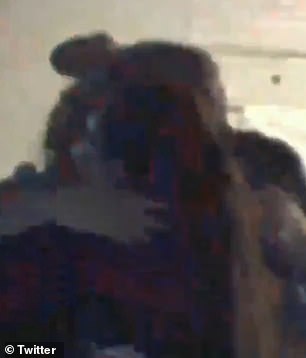