It’s one of the nation’s favourite biscuits – but shoppers have been left outraged by Tesco changing its custard cream recipe.

Biscuit lovers took to social media to complain about the changes to the popular treat – with one asking ‘Is nothing sacred anymore?’

Some commented that the supermarket’s new own brand custard creams – which cost 45p a pack – aren’t very good for dunking in tea, while others claimed the new ones are smaller.

However, Tesco has responded by saying its new recipe is ‘healthier’, adding that testers found their new custard creams to be ‘even tastier’ than the old ones.

Fans of the biscuit expressed their anger at the new recipe online, with one writing: ‘Why did you change your own brand custard creams, the ones in the yellow packet? They were incredible and the new ones just aren’t.’

Another added: ‘Hey @tesco, I’m not sure what you’ve done to your custard creams but they are terrible to dunk in tea now. They used to be perfect too.’

Meanwhile, one Twitter user posted: ‘.@tesco has made its smaller, IS NOTHING SACRED ANYMORE!?’

But not everyone was angered by the recipe change, with one shopper writing: ‘My son Tom wants to say thanks for making your own brand custard creams even tastier.’

Biscuit lovers took to social media to complain about the new version, with one suggesting the custard creams were now smaller

Meanwhile, one person said the old custard creams were ‘incredible’, while the ‘new ones just aren’t’

Another shopper said she was ‘unbelievably disappointed’ about the new recipe

A spokesperson for Tesco told The Mirror: ‘We extensively test our new products with customers to help make sure they become a real hit.

‘They rated our new custard creams as being even tastier than the old recipe, and as they contain less salt and sugar they are a little bit healthier too.’ 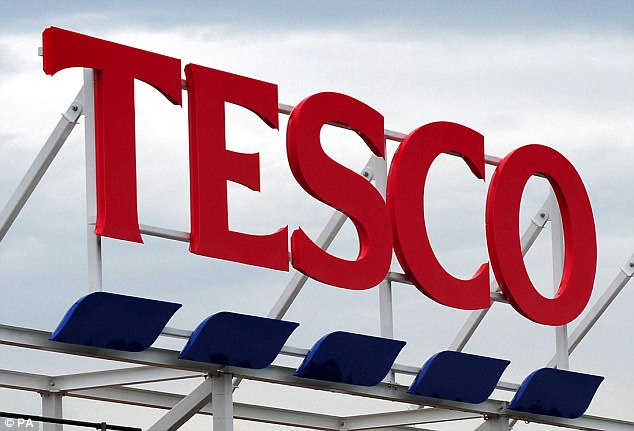 However, not everyone was convinced, with one person tweeting: ‘RIP Tesco custard creams’

But some people were pleased with the recipe change. One person wrote: ‘My son Tom wants to say thanks for making your own brand custard creams even tastier’