Would YOU wear this winter buy? Shoppers mock bizarre new $24.99 crop jumper – while mums joke it would be ‘perfect for breastfeeding’

Australian shoppers have been left baffled by a bizarre hoodie with half the torso cut out.

The $24.99 cropped sweatshirt from global retailer H&M has long sleeves and a cut-out at the front exposing the chest and stomach which prompted many to joke that it would be ‘perfect’ for wearing while breastfeeding.

A Sydney woman posted a photo of the sweater on the rack to Facebook captioned: ‘Finally! People with hot boobs and cold arms are catered for!’.

Australian shoppers have mocked a $24.99 hoodie from H&M featuring a cut-out at the front exposing the chest and stomach 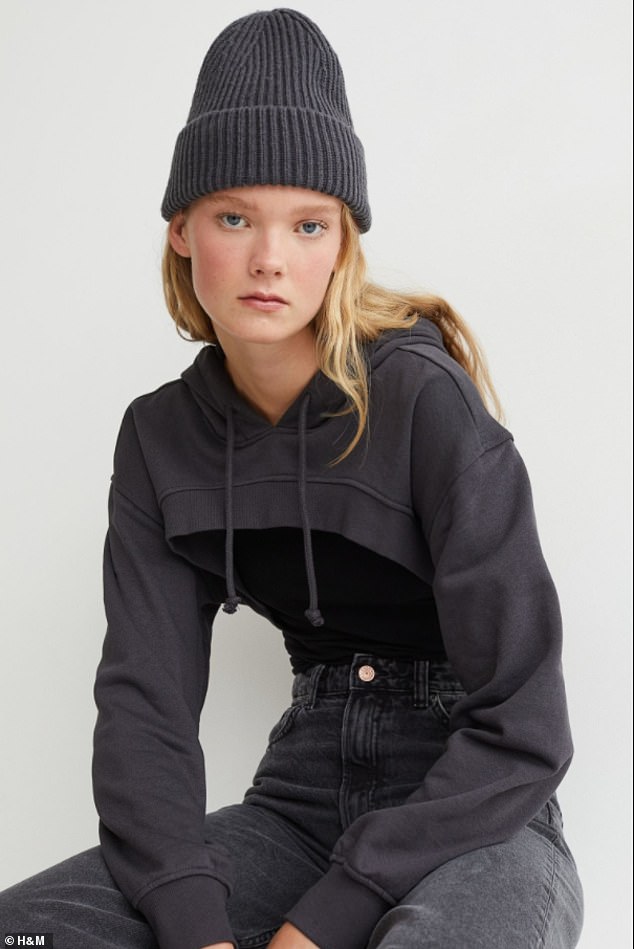 ‘Would be great for co-sleeping in winter when I want to keep my arms warm and still have easy boob-access, but not smother my baby in blankets,’ one mum joked.

‘For breastfeeding in bed in winter? Ticks my boxes (currently!),’ said another.

Others were simply puzzled by the strange design, calling it ‘ridiculous’.

‘Who thinks of these things?! Sometimes I think people design ridiculous items just to test whether anyone will actually buy it,’ one user quipped.

Another asked: ‘That looks like space for one large boob? Do they know we have two?’ 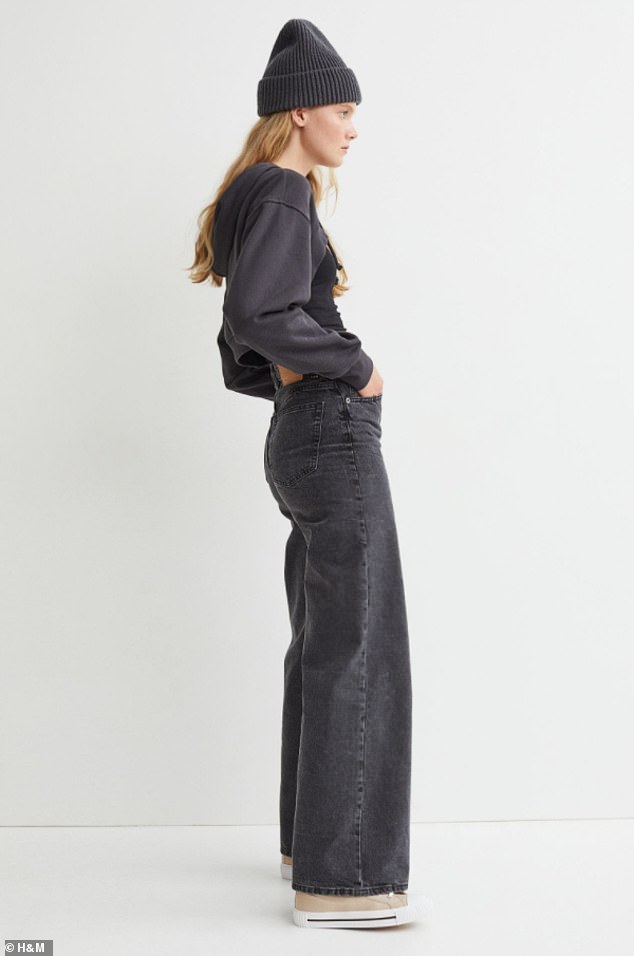 A Sydney woman posted a photo of the sweater on the rack to Facebook captioned: ‘Finally! People with hot boobs and cold arms are catered for!’

Not everyone was put off by the risqué garment with one shopper saying it could come in handy to keep your arms warm.

‘Almost wouldn’t mind one right now, I’m wearing a singlet I can’t change out of yet and I’m frigging cold at home,’ she said.

‘Reminder: remember to wear t-shirt or singlet when donning this item of clothing. Or not, if you’re into that look…’ a second commented.

While some fashionistas online weren’t sold on the strange design, the jumper, which comes in dark grey, white and a pink pattern, has racked up dozens of five star reviews on the H&M website.

‘Great! Love it for breast feeding, easy access with nursing vest underneath,’ one review read.

‘I like the fit and the material. Would recommend,’ said a second.