Supermarket customers are sharing their favourite ‘homebrand’ products that they believe are better than expensive alternatives.

Many Australian grocery buyers said they prefer buying store-owned items because it tastes no different from the well-known brands and cost just a fraction of the price. 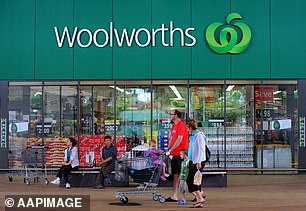 ‘My son loves meat pies. He tells me the Woolworth generic ones are his favourite,’ one mother said.

Another said: ‘Minced garlic is good, and they sell it in a bigger jar too which is great.’

What are the homebrand items that shoppers love most?

And one said: ‘Woolworths Seasoned Stuffing Mix. Usually hidden down the bottom shelf but so much nicer tasting than the brands available. My sausage rolls wouldn’t be the same without it.’

In the freezer aisle, the shoppers highly recommended the vanilla bean and cookies & cream ice creams ($5 each) and crumbed chicken nuggets ($3.10).

‘I prefer the Woolworths dishwasher tablets. I used to use the Fairy brand but in all seriousness the Woolies ones are way better. For under $5 a hell of a lot cheaper too,’ one shopper said. 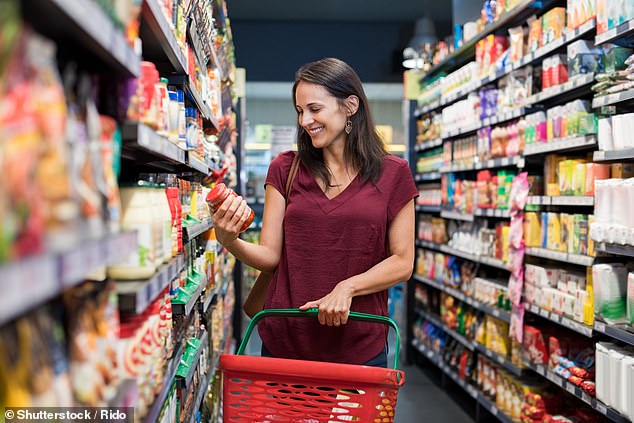 ‘My son loves meat pies. He tells me the Woolworth generic ones are his favourite,’ one mother said (stock image) 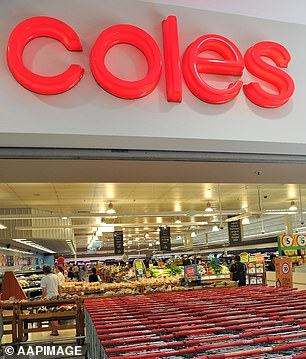 ‘The kids eat Coles tinned baked beans and spaghetti without any complaints,’ one mother said.

Another said: ‘The Coles tinned baked beans are good! The tomato sauce is better then Heinz.’

One said: ‘We love the Coles 75 cent cake mix packets. Serve it while it’s hot with their vanilla ice-cream.’

And another said: ‘Coles brand meat pies instead of and other expensive brand… they are delicious.’

‘Have been buying all of these items for ages. Never had an issue or complaints on taste or flavour,’ one shopper said. 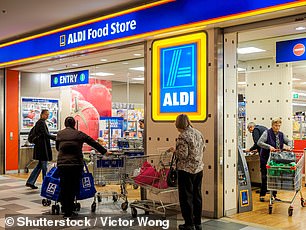 ‘Aldi’s baked beans – I used to only buy Heinz but these taste as good, and only 65c,’ one said.

Another said: ‘Not home brand exactly but only $1.50 from Aldi – best shower and tile cleaner as well as laundry cleaner.

‘Aldi have a good range of flavoured tuna and chicken, and I always buy the plain tuna in oil,’ one said.

Another said: ‘Aldi Di San stain remover spray with enzymes. It’s as good as expensive pet sprays for getting rid of the smell of pet urine from fabric and floors.’

One said: ‘Dishwasher tablets. Way better than popular brands that I used before.’

And another person said: ‘Aldi’s cleaning products. Used to buy Spray and Wipe, and expensive toilet cleaners, no more. Just as good for half the price or more.’ 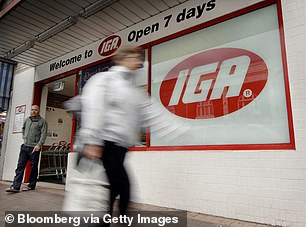 ‘I love Black and Gold’s chicken noodles – the ones from IGA, and yes I have converted from Maggi noodles,’ one said.

Another said: ‘Black and Gold French onion soup mix. So much better than all the others.’

One customer said she swears by the store’s ‘fly and insect killer’ spray ($2.62).

‘I’ve never had fly spray be so effective from all the name brands but Black & Gold stuff from IGA annihilates everything,’ she said.