Shoppers have expressed outrage at plastic wrapping found on carrots and milk, at a time when supermarkets have banned free plastic bags for customers.

Tasmanian woman Veronika Ross shared an image to social media after finding single carrots wrapped in plastic at a grocer.

‘It wasn’t the only thing in the shop… but it was the most ludicrous,’ she told the ABC.

Bananas, milk and cucumbers were among other items sold in unnecessary plastic packaging. 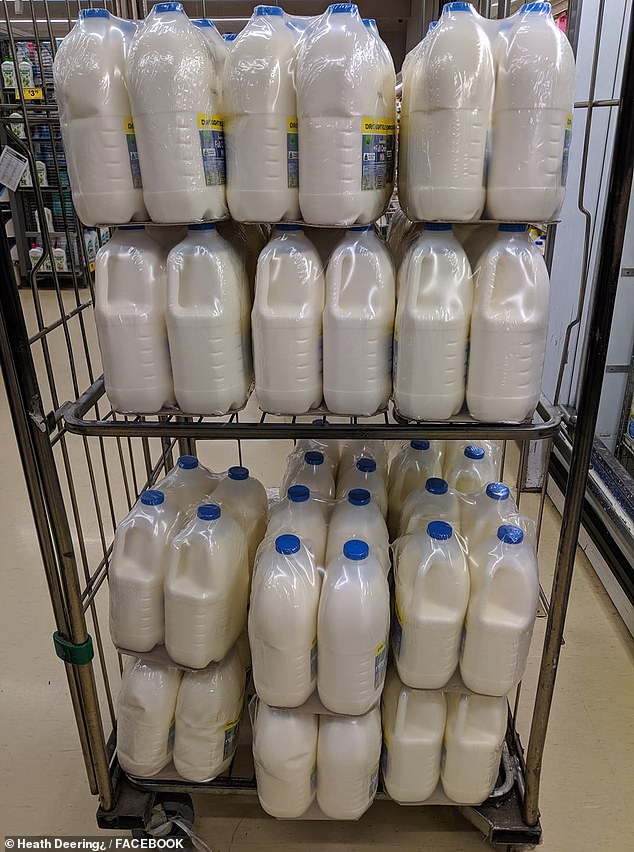 Shoppers are outraged after finding products such as carrots and milk heavily wrapped in plastic, despite supermarkets banning single-use bags

Heath Deering, 32, posted an image of 3L milk bottles on a storage trolley at Woolworths at Pacific Epping in Victoria, on Sunday.

‘Can Woolworths, who claims to care about reducing the use of plastic through getting rid of single use plastic shopping bags, please explain why you have moved away from reusable milk crates to single use heat shrink plastic wrap?’ the post read.

‘And are these plastic shrink wrap recycled?’

The supermarket giant banned free plastic bags for customers in all stores across Australia last year, and replaced them with larger plastic bags which must be bought.

‘I wouldn’t say I was angered but I was confused and surprised as to why this change has been implemented,’ he told news.com.au.

Mr Deering said it was the first time he’d seen milk wrapped in plastic, rather than in milk crates.

‘If it’s the right material, and then if it’s done correctly at a store level, I just think it’s a strange move considering the anti-plastic movement at the moment,’ he said.

His post garnered dozens of responses, with one saying it was the milk company that wrapped the products with plastic.

However, others said the shrink plastic made it harder for the employees to do their job.

‘Ew screw filling milk like this. Trust me not a Woolworths initiative that would cost the company longer in labour,’ one wrote. 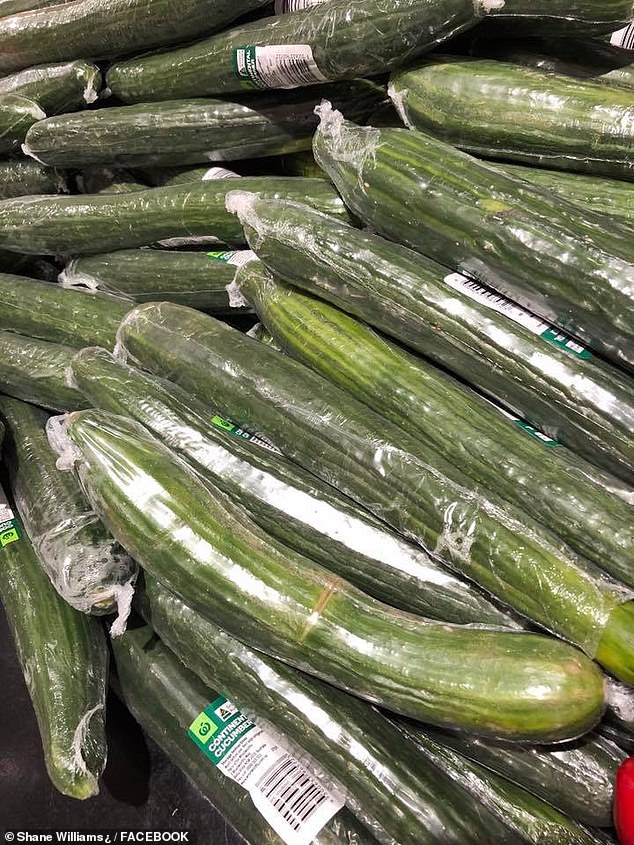 Woolworths has also been slammed for heavily wrapping products in plastic, such as bananas, milk and cucumbers

‘Screw that double the time to stock milk,’ another commented.

On Wednesday, an angry customer took to Facebook slamming the supermarket for accepting the product as it was ‘packaged with unnecessary amounts of plastic’.

‘It would be very simple to specify what packaging is acceptable and what isn’t, like milk, bananas and fruit & veg wrapped in plastic,’ the customer wrote.

‘It is too easy and not acceptable to pass of the ridiculous packaging on others when Woolworths have so much say in what they will stock and sell.’

The supermarket giant has also been slammed for their use of plastic packaging on fruits, vegetables and even meat. 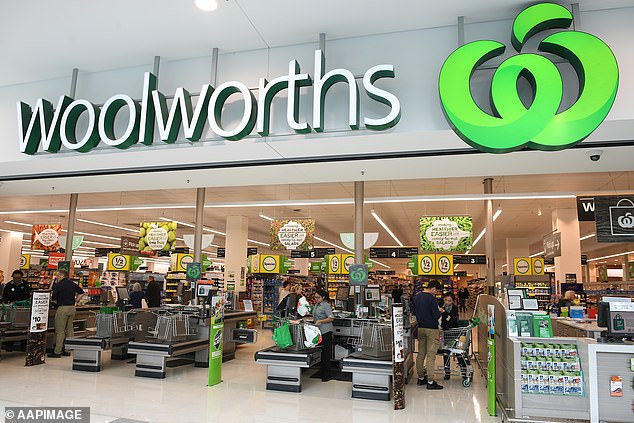 An outraged customer posted to the Woolworths Facebook page on July 4 questioning the double wrapping on steak.

‘When we need to reduce plastic why do woolworths need to have steak in sealed plastic then in another plastic?’ the woman asked.

‘Same with chicken breasts why do you insist on wrapping each one individually then wrapping the whole packet?’

In June, another customer posted a photo of bunches of bananas also wrapped in single-use plastic, with the question: ‘Do you not agree this is irresponsible plastic packaging, especially for bananas?’

Another woman posted an image of cucumbers individually wrapped in plastic to Facebook in January.

‘With the ever-growing problem of single-use plastic waste, why on earth are cucumbers individually wrapped?’ she asked.

‘Nature provided their own wrapping and there’s no need to add to it.’ 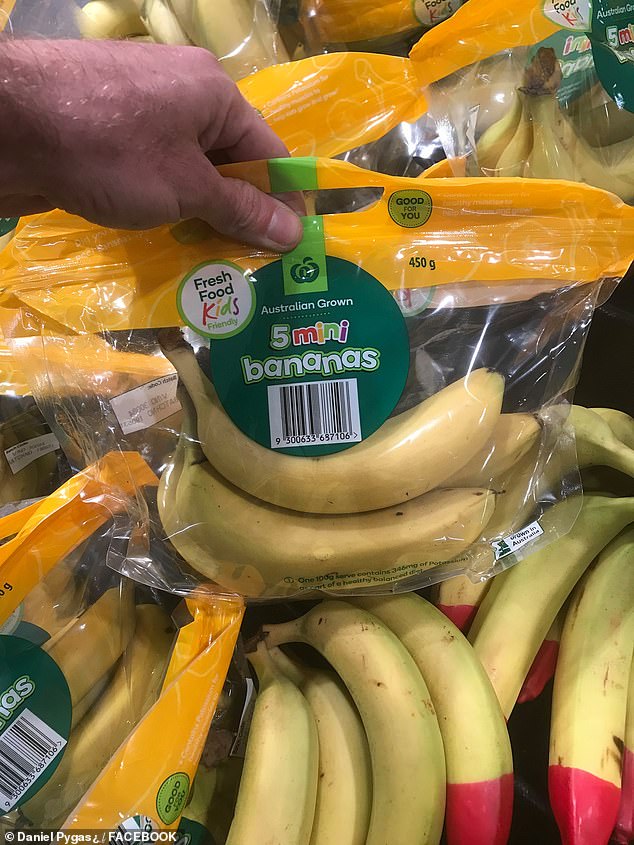 ‘Ditching plastic bags is all very well, and promising to remove straws from sale is great, but this is ridiculous.’

Woolworths responded to posts saying it was committed to reducing plastic packaging in stores.

‘This packaging protects the quality and extends the shelf life of fruit and vegetables as they’re transported from the farm, to the store and to our customers.’

‘We’ve taken out 187 tonnes of plastic in produce in the last 12 months and we’re aiming for another 350 tonnes by July.’