Should the Premier League have a Champions League play-off?

Yet again the Football League play-offs have provided some of the most entertaining and emotional sights of the season. Delighted fans spilling onto the pitch, mobbing their heroes, rocking Wembley.

Contrast that with the end of the Premier League season; England’s top flight is arguably the most entertaining of all the world leagues and no other domestic championship can touch its global appeal, but this season fizzled out early on.

Indeed, there has only been one incredibly close championship battle in the last five years – and that was in 2014. Even Leicester City never came close to losing the title fight once they hit the front.

A mini-league has developed among the top six where the only thing to play for has been a Champions League place – and the race for that was hardly thrilling this season as Chelsea and Arsenal imploded. The Premier League has gone slightly stale – but there is a potential solution: a play-off for the final Champions League place.

Sounds crazy? Maybe. But DAN RIPLEY provides an argument both for and against a system that would truly shake up the Premier League…

How would a Champions League play-off work?

HOW THE PLAY-OFFS WOULD LOOK

First off, there would be no change for the top three in the Premier League – those sides would qualify for Europe’s elite competition like they do now.

It is bad news for the team that finishes fourth, though. They would join the teams in fifth, sixth and seventh in a play-off format.

Similar to the Football League system, fourth would play seventh and fifth would take on sixth in the semi-finals, over either one or two legs. One-legged ties could be preferable due to the already congested fixture list.

The winner of each would meet in a final for a place in the Champions League.

And what about the losers?

The runner-up in the final would qualify for the Europa League. 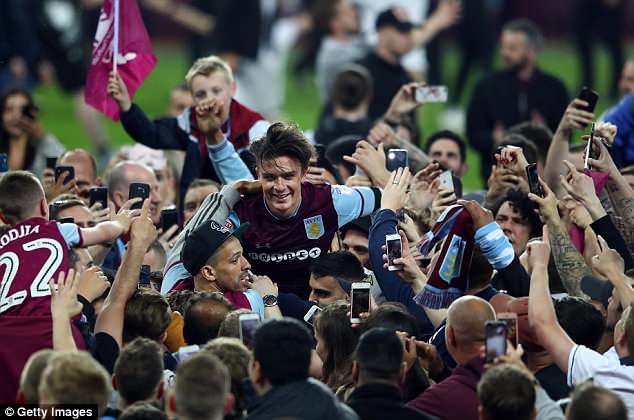 Who gets home advantage?

Perhaps the team that finished higher in the league; or perhaps no-one.

The three-match tournament could be hosted by an overseas city as a result of a bidding process held before the start of the season.

It has been 10 years since the infamous ‘Game 39’ idea was put to bed. It was a controversial plan that aimed to take advantage of the Premier League’s popularity overseas by forcing clubs to play an extra league match abroad.

But if the idea to exploit an overseas interest in the game was high on the agenda in 2008, you can bet the desire to take the division on tour would still appeal to the top brass at the Premier League now, especially in the age of social media. 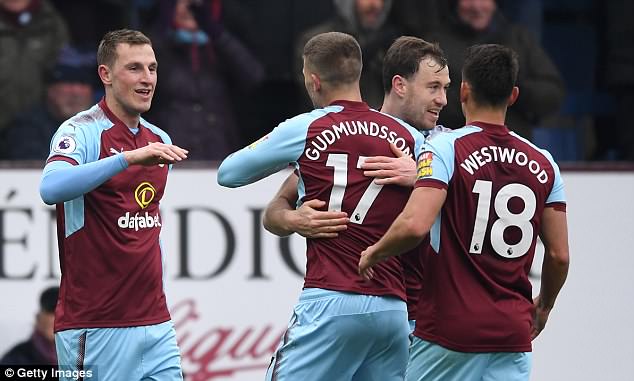 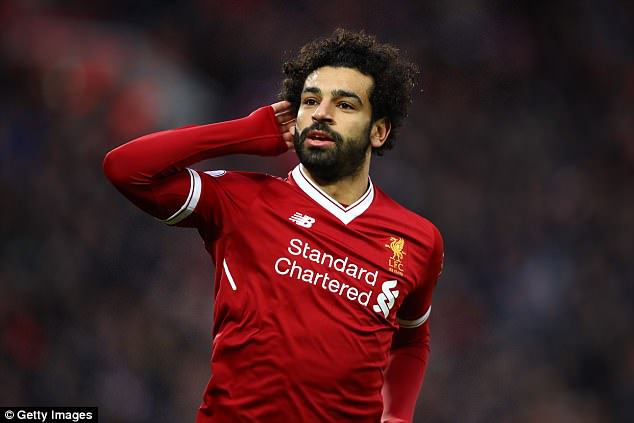 But Liverpool would have had to play them after finishing fourth, rather than go straight in

What are the advantages for fans?

It would guarantee that the conclusion of a Premier League season will have drama concerning the top teams right until the very end, even in the absence of a title fight or race for the top four.

By the same token it also dangles a carrot for at least one team to break up the big six monopoly that has been established.

HOW PLAY-OFFS COULD HAVE LOOKED

The Premier League has evolved to the point that not only do 14 teams barely have a sniff of winning the title but they can hardly dream about reaching the Champions League either.

A play-off system would address this. If it were started this season, it would be a semi-final line-up of Liverpool vs Burnley and Chelsea vs Arsenal.

Even if Burnley did not make it to the final, at the very least they would gain global exposure and a potential share of TV money.

If Burnley can do it then it gives supporters of every side in the top flight hope and belief their side can taste glory at the end of a league season. Right now the realistic best would be a seventh-place finish. Which supporters really want their dreams limited to that every year?

The play-off format may even entice club owners to invest more in a club rather than simply budgeting for the mundane existence of Premier League survival.

Fears that England’s coefficient could be damaged at the risk of featuring weaker sides in Europe will subside from 2018, as the top four European leagues are now all guaranteed four group stage places in the Champions League.

But would the league retain its integrity?

With one eye back on the big teams, this is where the games abroad could come into the equation. Every year the top Premier League sides go on a global tour in pre-season and are met by passionate supporters wherever they go.

Yet the vast majority of these fans will only have a chance to see their team in a friendly. The opportunity to open up a play-off abroad addresses this issue by introducing a game of high importance, as well as satisfying Premier League chiefs’ desire surrounding a ‘Game 39’.

The Premier League would finally have a product of importance they can take abroad while not severely denting the integrity of a round-robin domestic campaign back in England.

In terms of league positions, the team that finishes fourth gets the advantage of facing the (in theory at least) weakest team in the play-offs which finished in seventh.

The Football League play-offs have proved, however, that there is never a lack of excitement and the competition is among the fiercest and most passionate and emotional all season. 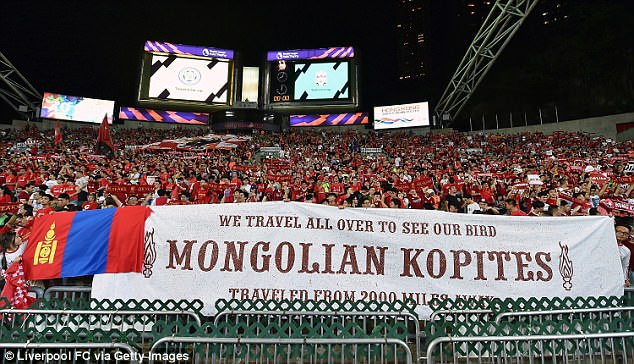 But what are the disadvantages?

That round-robin format still ensures damage, however. Take Liverpool from last season. On the final day they saw off Middlesbrough to pip Arsenal to the final Champions League place. It was a highly-competitive year at the top; the Reds’ 76 points would have seen them crowned champions two decades earlier.

But with a play-off system they could not even be certain of European football. Jurgen Klopp’s side would have to have taken on Everton, who finished seventh and 15 points below them, just to reach a final.

Even then they might have faced Arsenal again, who they had already got the better of over a 38-game campaign.

If the play-offs were played abroad, local fans would lose out too, especially those who have gone to every home and away game over the season. They may have to miss out on the very fixtures that define their team’s campaign as a result of having to cater for international supporters.

The extra fixtures could also be a nuisance for teams already wanting a reduced schedule, not least the England team, whose time with their players ahead of major tournaments would be further eroded. 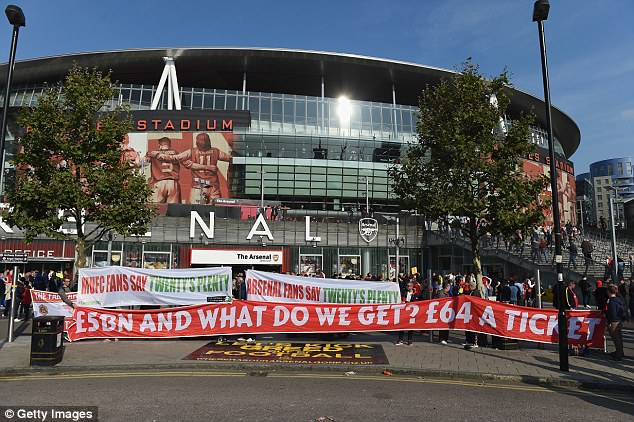 The battle for a final play-off place could theoretically see a team who start the day in, say, 10th still be in with a chance of making the Champions League.

Do England really want their Champions League representatives featuring three of the best and a side who caused a play-off shock after scraping in following a season of mid-table mediocrity?

Although England’s European places now look more secure than ever, there is still a threat from the French top flight in the future should the coefficient be brought down by under-performing sides in Europe.

But is it still worth giving a try?

There is one more warning about the Champions League play-off system. It has been tried in Holland before it was binned after just three seasons in 2008.

After all, Holland’s Eredivisie neither has six teams with global appeal nor a fanbase that can shake a stick at the Premier League.

Football has grown away from its roots. Local players coming through have for the most part been replaced by glamorous continental signings. Local rivalries still exist of course but how many actually feature players from the region in question?

Fans have accepted this and should also accept that support for their clubs, especially the top six, have reached all areas of the globe and that those fans should be catered for with a meaningful game or two as well.

It can only broaden the appeal of the Premier League and the clubs within it and as such would bring in even more revenue for the top flight. Premier League clubs are already keen to tour the globe and even face each other, with Manchester City and Manchester United meeting in a pre-season friendly in USA back in July

As for the actual play-off, for all of Holland’s failures it is worth remembering the Football League every year produces a similar system that has not only been accepted but enjoyed too.

Play-off winners rarely totally disgrace themselves in the division above. Huddersfield Town and their supporters have enjoyed their first season in the Premier League and stayed up. Without the play-offs they would still be in the Championship.

But could Burnley hack it in the Champions League? Well, if they defeated two of England’s best six sides to get there then why not? By the same token if one of the Premier League’s elite cannot defeat their own mid-table outfit then what hope of seeing off Europe’s finest?

The Premier League made no comment on the matter when Sportsmail attempted to get in contact on the matter. But Richard Scudamore’s words last year regarding the infamous ‘game 39 idea’ indicate that in the near future it is unlikely that England’s top flight will be going on tour.

‘There is no plan to do it,’ the Premier League chairman claimed. ‘Is there still a burning desire? The clubs would like to do it but we are also realistic that says until the fan, political and media reaction is any more warm towards it, it won’t happen.

‘If it did happen it wouldn’t be a 39th game. We have no time set for it but I am a man of belief. I thought it was the right thing to do I, still do.’

Key to this is Scudamore still believing taking the Premier League abroad is a good idea and that he has the clubs’ backing. It is winning the public over which is the issue and the play-offs may just do that.

In this writer’s opinion, a Champions League play-off abroad serves all purposes. It helps bridge a gap that is becoming a chasm between the Premier League top six and the rest. It offers overseas fans a taste of the product without taking anything away from England.

Maybe most importantly it produces guaranteed end-of-season entertainment, which is why we all love the game anyway. 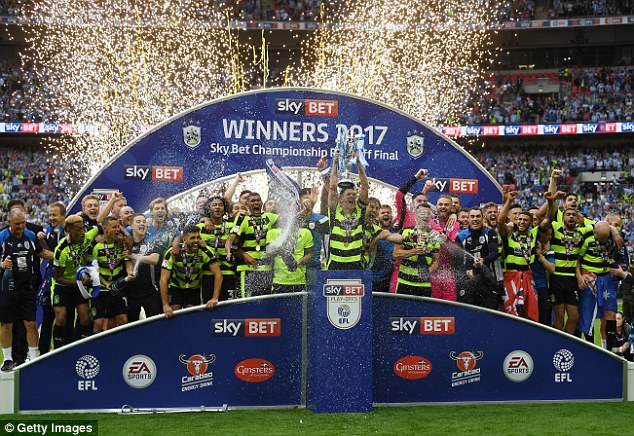