This is the moment a shrieking woman climbs over the counter and furiously attacks an employee at a Burger King restaurant while another woman screams and throws leaflets at the employees.

Shocking footage taken on a mobile phone shows the women attacking helpless staff while another screams, ‘don’t talk to her like that!’, at the fast-food restaurant in Erdington, Birmingham.

It comes as a KFC six miles away was forced to install ‘chicken-wire style’ cages to protect staff from violent attacks by customers. 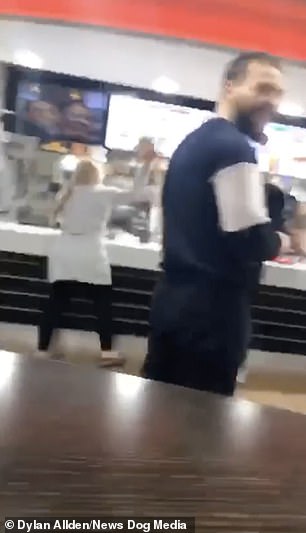 A shrieking woman was filmed climbing over the counter at a Burger King in Erdington, Birmingham while a second woman threw objects at staff

The horrifying footage shows a young woman, wearing blue jeans and a black coat, climbing over the counter while a second woman dressed in grey yells ‘don’t talk to her like that!’ The woman in grey then throws an object over the counter.

In the second clip, a girl wearing black is seen restraining the girl that climbed over the counter while shouting, ‘Calm down! Calm down!’

The woman in grey, meanwhile, runs at the counter, grabs an object and throws it at a member of staff. She starts shrieking, jumping up and down and flailing her arms before hurling a pile of leaflets on the floor.

In a final clip the woman in a black coat has climbed back over the counter and appears to be fiddling with machinery at the restaurant as she walks around staff.

An unpublished section of the video shows a young girl bursting into tears as she stands with the enraged adults.

It also shows the woman in grey storming away screaming and then bellowing at the young girl to ‘get in the car!’ before shouting at the girl in a black coat to ‘get the f*** here!’ 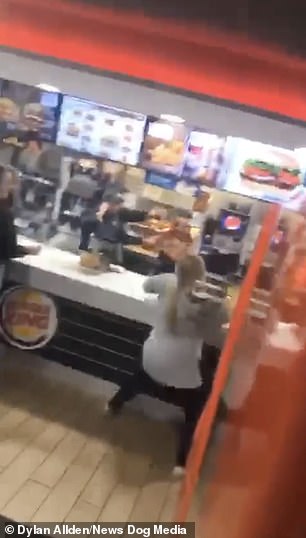 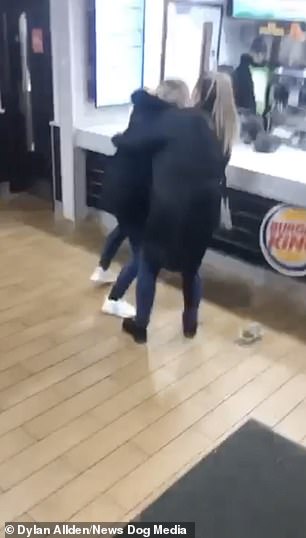 The woman in grey jumped up and down screaming after throwing objects at staff. She had been yelling: ‘Don’t talk to her like that!’ A second woman tried to restraint the woman that had climbed over the counter 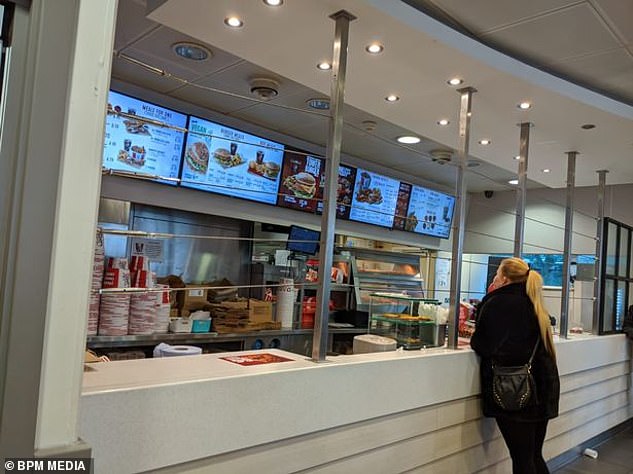 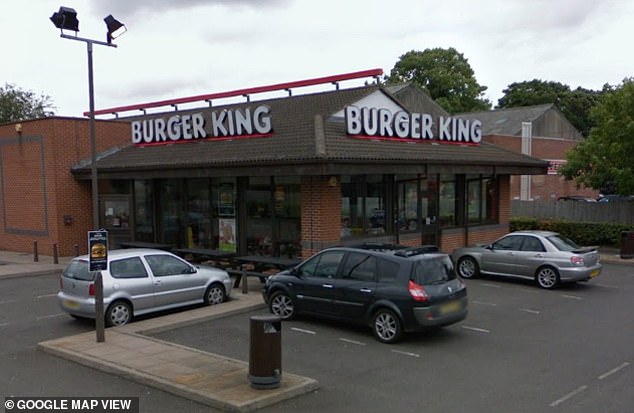 Pictured above is the Burger King in Erdington, Birmingham, where the video was filmed

The KFC on Moorland Avenue in the area installed rows of metal secured by thick metal bars bolted from counter to ceiling to stop customers climbing over the counter.

The restaurant took the action after a girl jumped over the counter and hit a member of staff.

‘It’s for our safety,’ a KFC spokesman said. ‘A few months ago a girl jumped over and hit one of the staff members’.

‘So they just put it up for safety. It was put up in August.’

Another staff member told BirminghamLive that it had been put in place because ‘there’s been fights happening’. 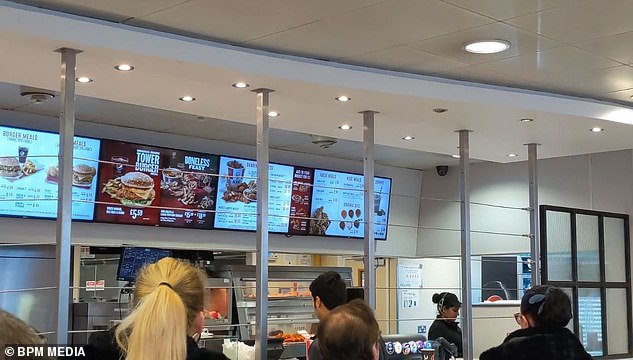 At the KFC, the gaps are wide enough to pass a family chicken bucket through – but are small enough to protect staff from potential threats 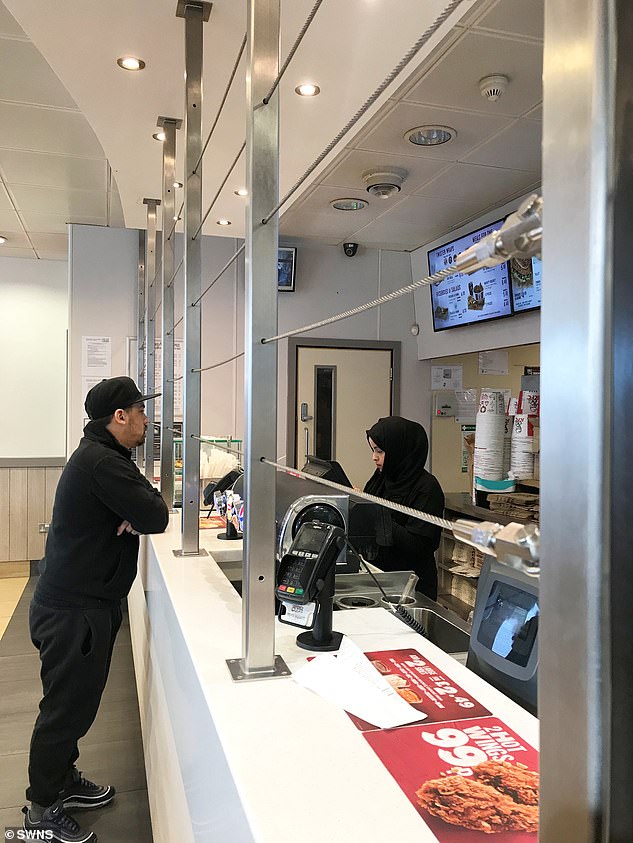 There were eight incidents of anti-social behaviour in or near the KFC last year, and 19 cases of violence of sexual offences.

West Midlands police have confirmed they are investigating the incident, which happened on Saturday January 25.