The government shutdown will not be lifted before the New Year after the Senate gaveled out of session until next week and Republican House leaders told members there would be no votes on Friday.

Republican Sen. Pat Roberts gaveled the upper chamber into session for 4 minutes Thursday, on day six of the shutdown and announced it will not be back in for a formal session until Wednesday of next week.

The House gaveled into session for 3 1/2 minutes on Thursday.

The Senate and House will both be session Monday for a pro forma meeting but no business or votes are expected to be conducted in yet another sign the shutdown will drag on. 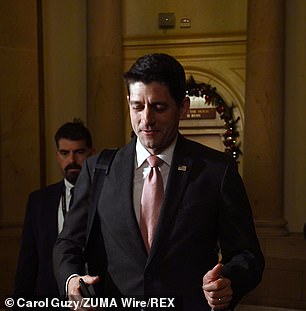 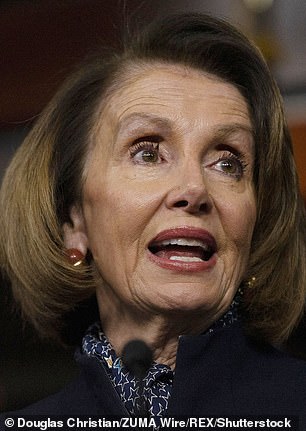 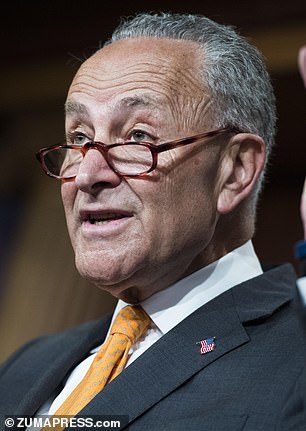 Both chambers have promised lawmakers at least 24 hours notice before any votes are to be held in order to give them time to get to the Capitol.

While the House was in session Thursday afternoon, Democratic Rep. Jim McGovern tried to bring up a bill to reopen the government. He shouted to try to be recognized but Republican Rep. Luke Messer – who was presiding over the chamber – ignored him and gaveled the House out of session.

McGovern told reporters afterward there was an agreement to fund the government in place last week: ‘Until the president, you know, went off his meds, and who the hell knows what happened.’

Earlier in the day, House Republican Whip Steve Scalise’s office advised lawmakers there would be no votes this week.

‘Members are advised that no votes are expected in the House this week,’ the notice read.

‘As the House awaits Senate action on remaining FY19 appropriations, we will aim to provide 24 hours’ notice ahead of any expected votes in the House,’ it said.

The likelihood of the government reopening before the new Congress gavels into session on Jan. 3 is slim.

New Year’s Eve is Monday and lawmakers are unlikely to return to session around the holiday.

The Senate isn’t returning to session until 4 pm on Wednesday and – with 24 hours notice promised for votes – negotiators would have to come up with a deal over the new year holiday.

That means Republicans’ are punting action on reopening the government to Democrats, who take control of the House next month, and leaving a partial government shutdown in place for over a week.

Both the House and Senate are scheduled to gavel in at noon next Thursday to begin the new 116th session of Congress.

‘I don’t see a scenario where the government opens back up until a new Congress is sworn in,’ retiring GOP Rep. Ryan Costello said on MSNBC Thursday.

‘At this point it looks like we could be in for a very long-term shutdown,’ said Republican Rep. Mark Meadows on CNN.

The White House tried to push blame to Democrats.

‘The President has made clear that any bill to fund the government must adequately fund border security to stop the flow of illegal drugs, criminals, MS-13 gang members, child smugglers and human traffickers into our communities – and protect the American people. The Administration understands this crisis and made a reasonable, common-sense solution to Democrats five days ago – we’ve not received a single response. The President and his team stayed in Washington over Christmas hoping to negotiate a deal that would stop the dangerous crisis on the border, protect American communities, and re-open the government. The Democrats decided to go home. The only rational conclusion is that the Democrat party is openly choosing to keep our government closed to protect illegal immigrants rather than the American people. The President does not want the government to remain shut down, but he will not sign a proposal that does not first prioritize our county’s safety and security,’ said White House press secretary Sarah Sanders in a statement.

‘Democrats have offered Republicans three options to re-open government that all include funding for strong, sensible, and effective border security – but not the President’s immoral, ineffective and expensive wall,’ a spokesperson for Pelosi shot back.

Both sides seem stuck with little signs of movement.

President Donald Trump is holding firm to the $5 billion he wants to fund his border wall while Senate Democratic Leader Chuck Schumer and presumptive Speaker Nancy Pelosi have refused to offer any more than the $1.3 billion on the table. 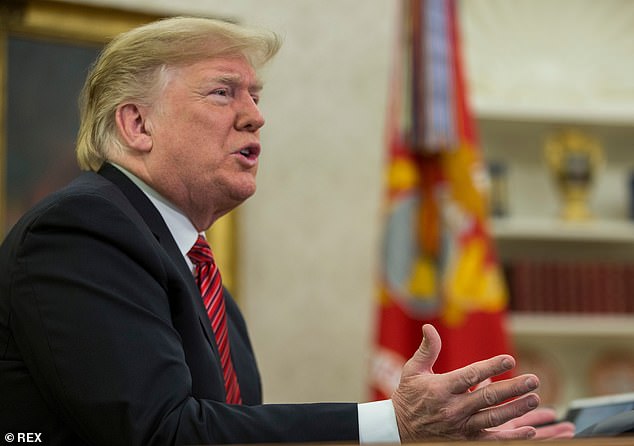 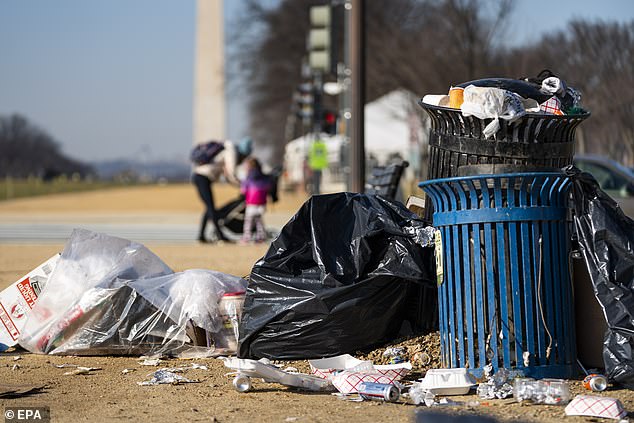 Trash is piling up on the National Mall 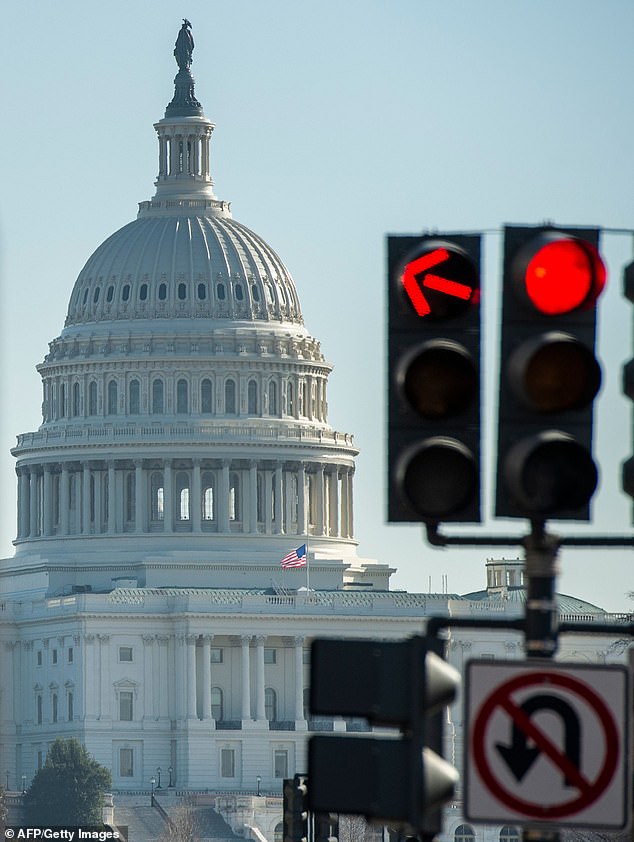 The U.S. Capitol building was quiet on Thursday

When Democrats take power next week, they are likely to pass the so-called ‘clean CR’ – a continuing resolution the Senate passed last week that funds the government but does not include the $5 billion for Trump’s wall.

That measure never came to a vote in the House under GOP rule.

The Senate had passed it unanimously but, with the new Congress in place, the upper chamber would need to pass it again.

Republicans will have more votes next month with 53 senators in their corner but that number is not enough to reach the 60 votes needed to advance legislation, meaning Democratic support will be needed to get any measure passed.

It was unclear which lawmakers – if any – were in Washington D.C. on Thursday.

Trump returned Thursday morning from a 29 hour trip to Iraq and spent the afternoon tweeting about the importance of his wall.

‘Democrat’s say they don’t want the Wall (even though they know it is really needed), and they don’t want ICE. They don’t have much to campaign on, do they? An Open Southern Border and the large scale crime that comes with such stupidity!,’ he wrote in one tweet.

The U.S. Capitol was quiet on Thursday.

Only tourists and U.S. Capitol Police roamed the hallways. Doors to both chambers were closed and lights were out inside.

There was no sign of Senate Republican Leader Mitch McConnell. The doors to his leadership office inside the Capitol were closed and newspapers were stacked outside. 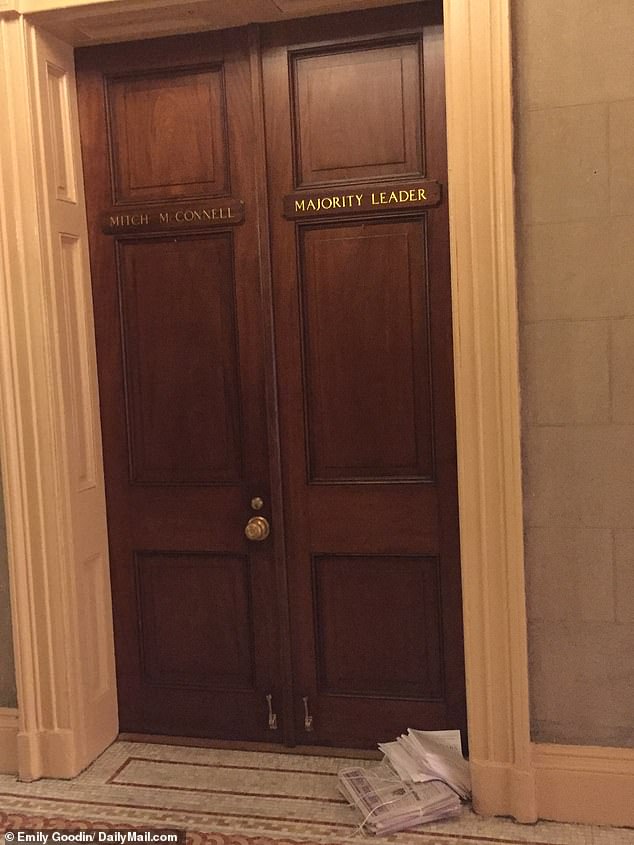 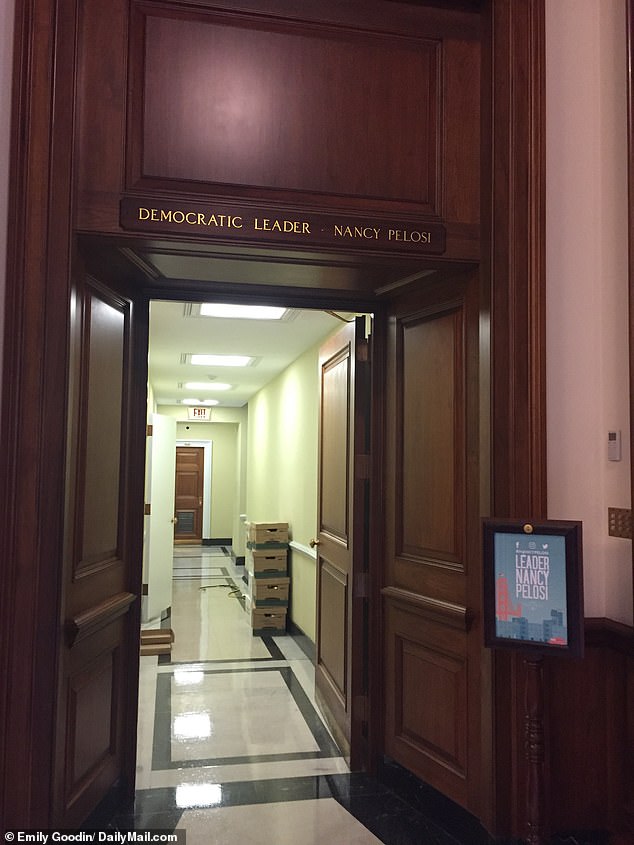 On the House side, preparations are under way to turn power over to the Democrats.

It was quiet at Speaker Paul Ryan’s office where his belongings are being boxed up and moved out to make way for the next speaker.

Pelosi’s Democratic leadership office had boxes in the hallway as she prepares to take over and move down the hall into the speaker’s office.

Signs of the shutdown were present around Washington D.C. as trashed piled up on the National Mall.

The National Park Service, which is tasked with caring for the mall, was affected by the partial government shutdown which began on Friday.

Federal employees will be paid on their next pay period – Dec. 28 – but only up to Dec. 21, which was the last day government was funded. 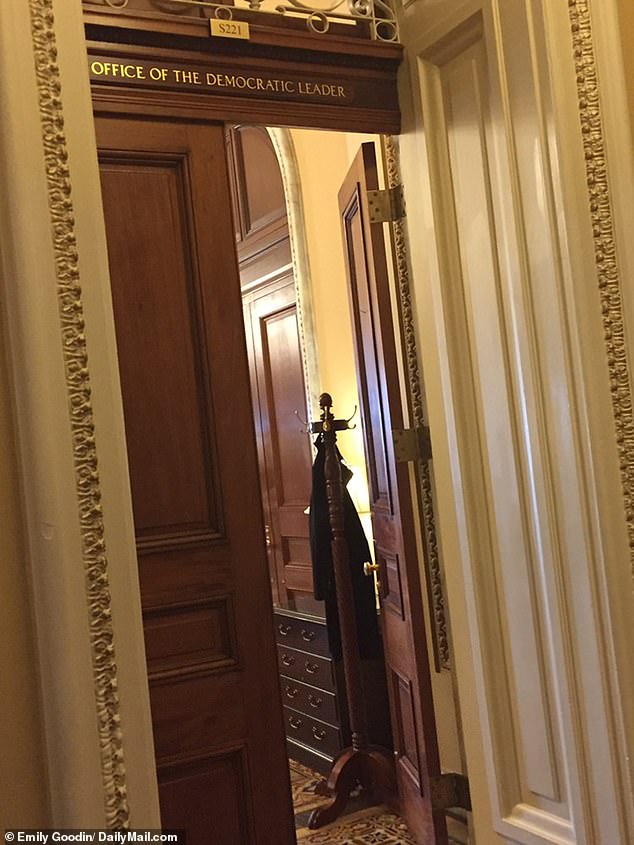 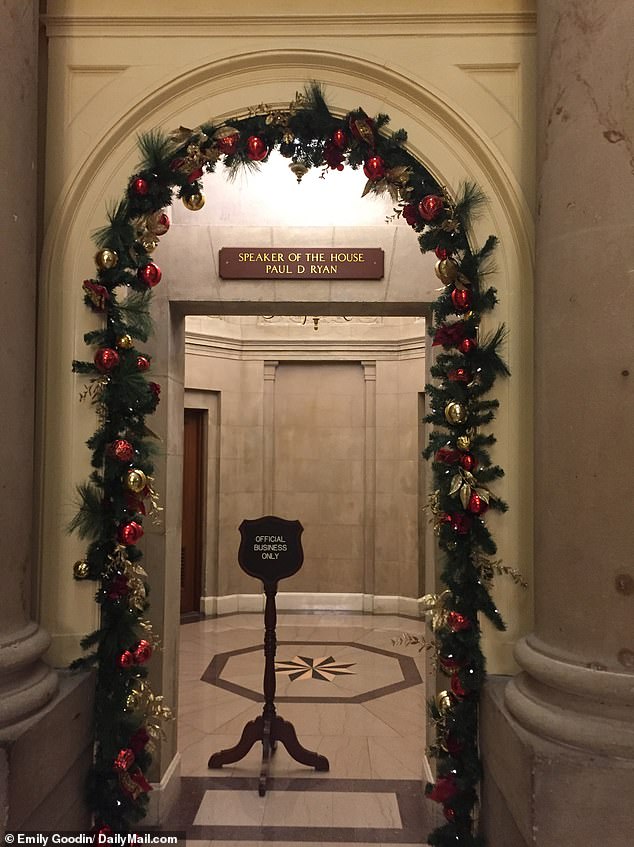 The next pay date – Jan. 11 – would cover a full government shut down if the operations don’t resume by then.

Roughly 420,000 workers were deemed essential and are working unpaid, while an additional 380,000 have been furloughed.

The Office of Management and Budget, which oversees federal employees, had released guidelines on the ‘lapse in appropriations.’ It includes sample letters employees ‘may use as a guide when working with your creditors during this furlough.’