A brother and sister with nut allergies were forced to spend a seven-and-a-half hour flight at the back of a plane with blankets covering their heads and nostrils.

Shannen Sahota, 24, and her brother Sundeep, 33, were on an Emirates flight from Birmingham Airport to Dubai.

After realising that they could be exposed to nuts, they claim that one staff member told them they might feel more comfortable if they moved into a toilet with cushions and pillows.

Shannen Sahota, 24, and her brother Sundeep, 33, were forced to spend a seven hour flight with blankets over their head and nostrils

The siblings, from Wolverhampton, paid more than £5,000 on their holiday which was to Dubai and Singapore.

They were treating their parents for their 60th birthdays.

She said she told staff when booking, at check-in and then once more when boarding the flight.

But despite the repeated warnings, they were stunned when they discovered the chicken dinner main on the flight contained cashew nuts.

The siblings carry EpiPen jabs for emergencies and expressed their fury to the cabin crew at being exposed to nut residue carried through air vents. 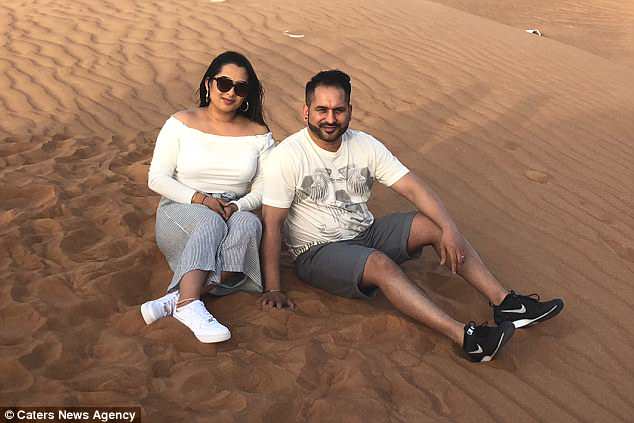 The siblings were outraged after discovering nuts in the main meal on the flight, despite informing Emirates of their allergies

They refused to move into the toilets after a staff member suggested it and spent the next seven hours sitting at the back of the plane with blankets covering their heads and nostrils.

Ms Sahota, an analyst said: ‘We felt so degraded and embarrassed – it was horrible and it was meant to be a happy occasion but the start of our holiday was ruined.

‘We had contacted Emirates beforehand to make sure they were aware of our allergies, and when we arrived at the airport and checked our bags in, we let them know and they said it was all fine and that it was in the system.

‘When we spoke to the people who greet you at the plane, the said it was fine and showed us to our seats.

‘We had bought our own food and snacks with us as we just didn’t want to take the risk as our allergies are so severe.

‘When we realised what they were serving we were just completely panicked and started frantically buzzing for the staff to come over as it was too late to get off.

‘We must have buzzed about 15 minutes before someone came – we told her the issue and how we had already informed them, multiple times about it.

‘I told her that we could potentially die as we have got a severe nut allergy and she didn’t seem to concerned.

‘She asked if we had any medication for it and we always carry epi-pens, but they’re only for emergencies and you need to go straight to hospital after. 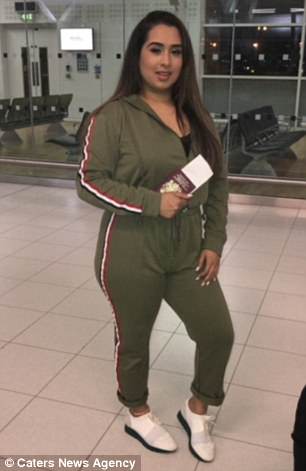 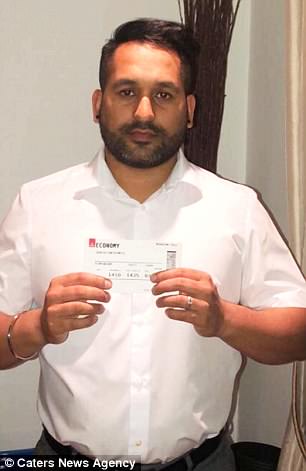 They claimed that one staff member told them to move to the toilets, which the siblings (pictured holding their tickets) refused to do

‘I said to her that we could potentially die, but she said there are 500 passengers on this plane and we can’t stop them from having their dinner.

‘She suggested that we sit at the back of the plane, but we explained that the nut particles would already be in the air.

‘She said the only other option was for us to go and sit in the plane toilets – with cushions and blankets for the rest of the seven hours.’

An Emirates spokesperson said: ‘We are sorry to hear about Ms Sahota’s complaint.

‘Emirates tries to cater to all passenger specific needs by offering a number of special meals that cover as many medical, dietary and religious requirements as possible. However, Emirates cannot guarantee completely nut-free flights.

‘We’ve looked into Ms Sahota’s booking and our records do not reflect any mention of a nut allergy. All passengers who alert us of a nut allergy prior to travel are informed of our policy and it is also outlined on our website

‘When alerted during the flight, our crew tried their best to offer Ms Sahota and her brother alternative locations in an open space in back of the aircraft cabin to minimise their proximity to other passengers who may be consuming meals with nuts.

‘We apologise for any inconvenience caused and our customer care team will be in touch with Miss Sahota directly.’