Sick days among British workers fall to an all-time low

The number of days off sick taken by British workers has fallen to the lowest level on record, according to new figures released yesterday.

On average every employee in the country took just over four days of sick leave last year, a level down from more than seven when sickness rates began to be recorded 25 years ago.

But the analysis showed that public sector workers are much more likely to go sick than people working for private firms.

The worst sickness levels were found in the NHS – public sector health workers took 3.3 days in every 100 off sick, well over a week every year.

The report, from the Office for National Statistics, said that sickness rates in business and industry could be on the way down because of improving levels of health and the rising number of years for which people now live before they fall victim to long-term illness or disability.

It added: ‘Rates in the private sector could be lower as workers are less likely to be paid for a spell of sickness. There may also be an increase in presenteeism, where people go to work even though they are ill.’ 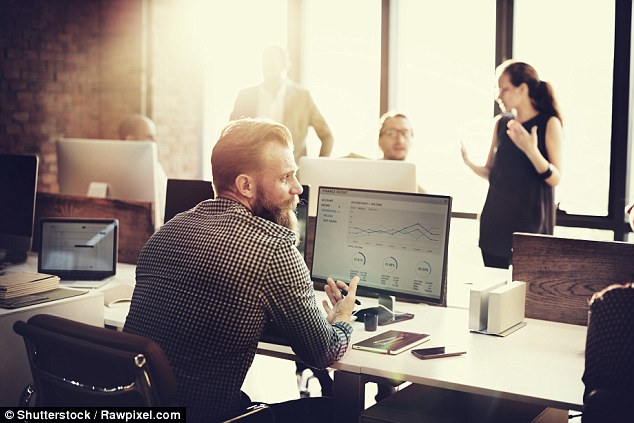 The ONS report said of sickness in the health, education and public administration sectors, which ran at 2.5 days off in every 100 working days last year, that high sickness levels might come from hospital work.

It added that since the 1990s ‘the rate for workers in the public sector has been consistently higher than in the private sector, although both sectors have seen an overall decrease.

‘Higher sickness absence in the public sector is partly explained by the profile of the workforce: it employs more older people and women, both of whom tend to have higher rates of sickness absence; it is more likely to employ staff with a long-standing health condition who are more likely to go off sick and tends to offer more generous sick pay arrangements.’

More than a quarter of sick days are said to be a result of coughs, colds and minor illnesses – 26.2 days in 100, some 34.3 million working days in total.

A common form of sickness among those aged 50 to 64 was back or joint pain, responsible for just over one sick day in five.