Here Sam Greenhill and Daniel Martin detail some the most shocking examples of anti-Semitism by Labour party members.

Labour member shared post accusing Jewish people of ‘eating the organs of their enemies’ and accused Jews of inventing modern terrorism by saying ‘IRA murderers took their cue from Jews’. But in May 2018, the party sought to delay his suspension until it was found whether his disability had left him vulnerable.

A member was not suspended even though he was reported in May last year for saying Jewish MPs ‘can’t rein in your killers in the Middle East’, referred to the ‘Jewish brigade’ and said ‘Jews desire the Labour Party to comply with their demands’.

Party member from Luciana Berger’s Liverpool Wavertree constituency attacked people on Twitter who opposed anti-Semitism. He had already previously been suspended from the Labour Party and issued with warning for sending abusive messages to several Labour MPs, but was then allowed back into the party and no further action was taken, last April.

Last year the Mail revealed a photo of Mr Corbyn during a 2014 visit to Tunis, holding a wreath yards from the graves honouring the masterminds of the Munich Olympics massacre 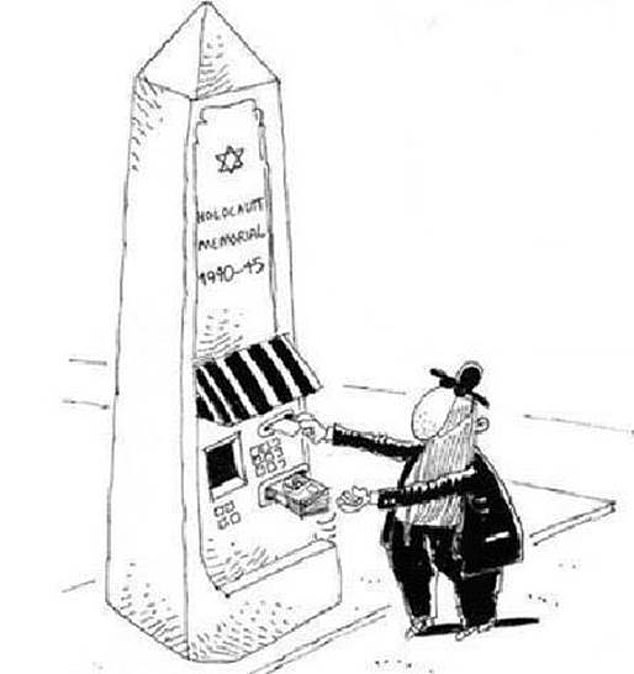 Party let off branch secretary for using offensive word ‘zio’ despite it being a second offence – and instead sought to reprimand the person who complained, in April last year.

Activist Kayla Bibby shared a picture of an alien bearing the Star of David choking the Statue of Liberty but escaped suspension from her party as image was ‘not anti-Jewish’, in May 2018.

Labour candidate posted ‘Jews are often agents rather than instigators of exploitation’ but her suspension was blocked and she was elected as a councillor last year.

Member repeated abusive posts about Jewish Labour MP Ruth Smeeth and had previously been suspended by the party but faced no action as officials decided last May she was ‘not someone in engaging in anti-Semitism’.

Labour activist supported the notorious mural – but escaped suspension because ‘she hasn’t displayed any specific anti-Semitic attitudes herself, more just general ignorance and lack of education’. 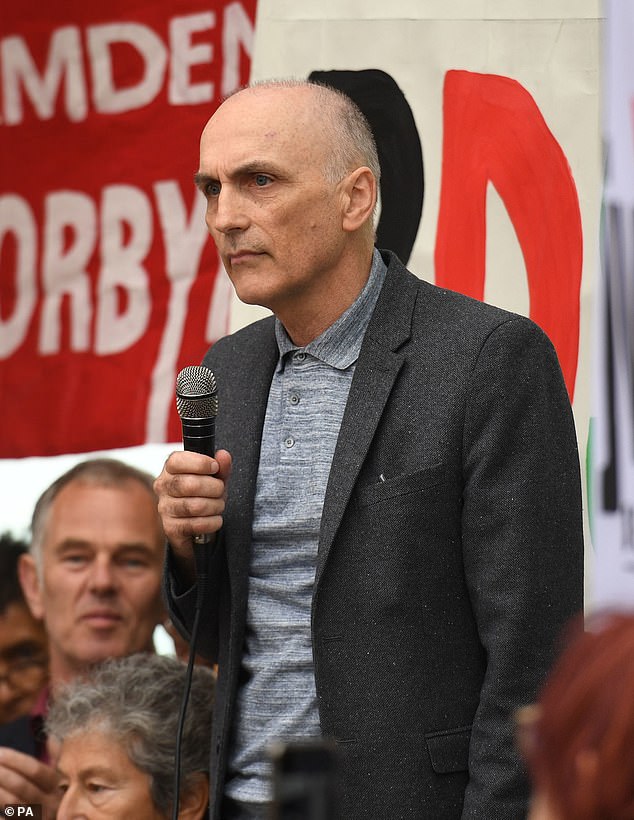 Chris Williamson, one of Corbyn’s allies, has been criticised by several Labour MPs for saying the party has been ‘too apologetic’ over anti-Semitism 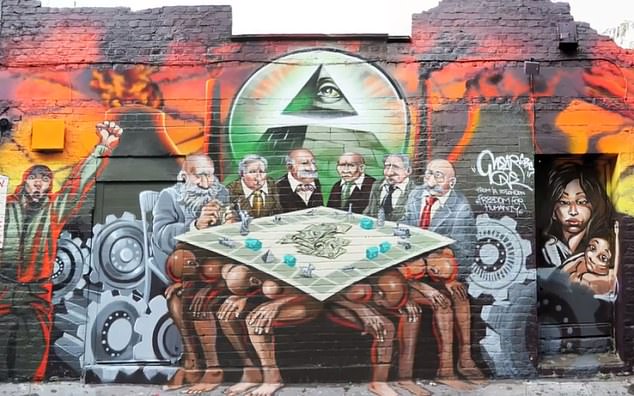 Revolting: the anti-Semitic mural in east London – Mr Corbyn spoke out against its removal 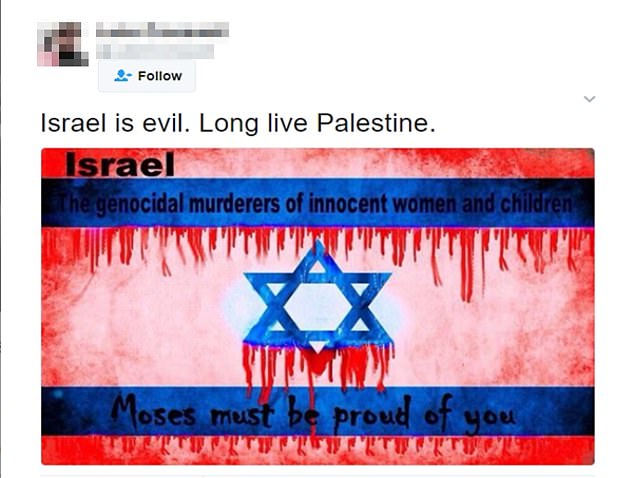 This grotesque post, spotted by the Jewish Labour Movement, was shared by a Labour councillor 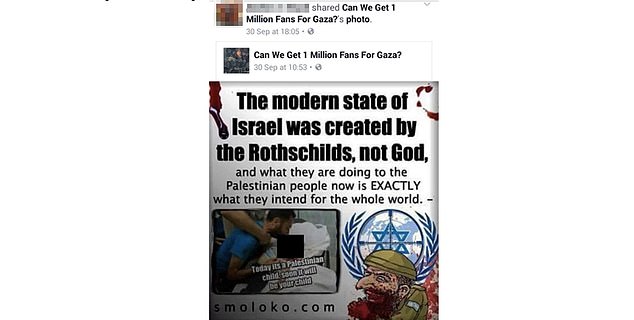 Labour councillor in Wales posted YouTube videos to his Facebook page with titles such as: ‘Is ISIS good for the Jews?’ and ‘The whole story of Zionist conspiracy’. In April 2018, party considers ‘investigation without suspension’.

A file of 45 cases of repugnant messages posted online by Labour members is being examined by Metropolitan Police Commissioner Cressida Dick.

A serving councillor made more than a dozen racial slurs including calling someone a ‘Jew boy’.

From THAT mural to his Hamas ‘friends’

In his long career as a Labour MP, Jeremy Corbyn has repeatedly embraced enemies of Israel.

Last year the Mail revealed a photo of Mr Corbyn during a 2014 visit to Tunis, holding a wreath yards from the graves honouring the masterminds of the Munich Olympics massacre

In 2012, Mr Corbyn pledged his support to a graffiti artist who painted a mural in London portraying several known anti-Semitic tropes

He has several times shared a stage at anti-Israel events with Leila Khaled, who hijacked a plane in 1969 and blew it up. 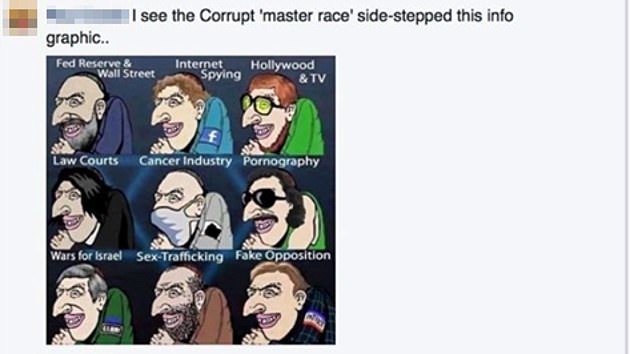 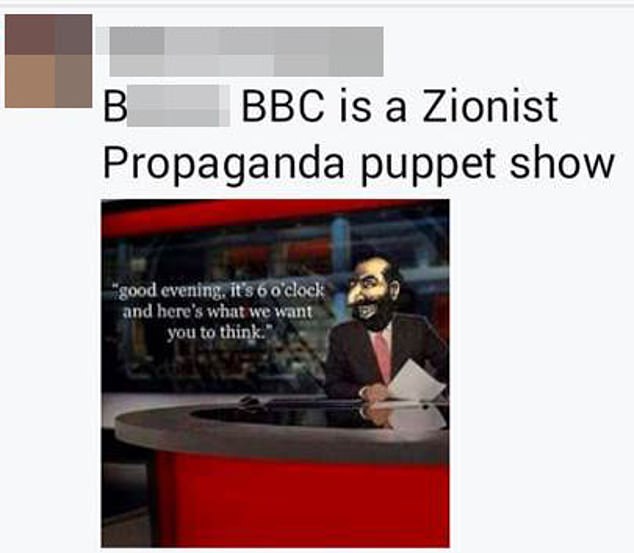 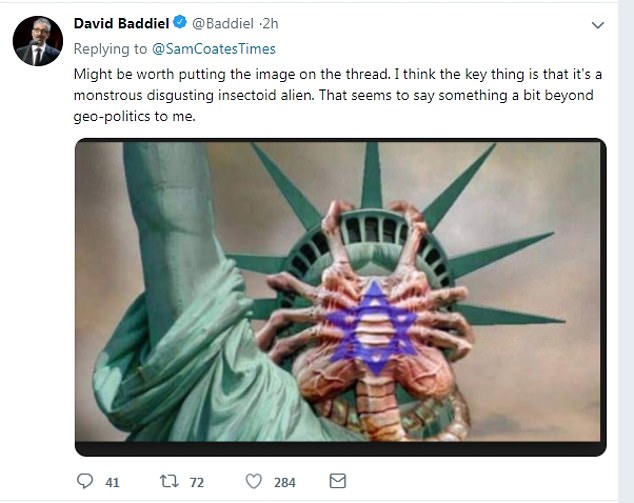 Throughout my life, I’ve been called many things, most of which I wouldn’t want to repeat in front of my mother.

But one epithet I wear with pride is this newspaper’s description of me, some years ago, as the ‘Pope of Political Correctness’.

It was referring to my role as the founder chairman of the Equality and Human Rights Commission (EHRC), responsible for enforcing Britain’s anti-discrimination laws.

As the public face of the EHRC for over six years, I was forced to spend many hours on TV and radio, wearily opining on whether it was racist to use the word ‘coloured’ (Amber Rudd can be reassured it isn’t, and people of colour have many better things to be offended about); or whether schools with some Muslim pupils could celebrate Christmas with a crib containing the baby Jesus (almost every British Muslim would join in the celebration of someone they regard as one of humankind’s great prophets).

But the Commission’s real work has always risen above this kind of silliness and in doing so it has transformed many lives. 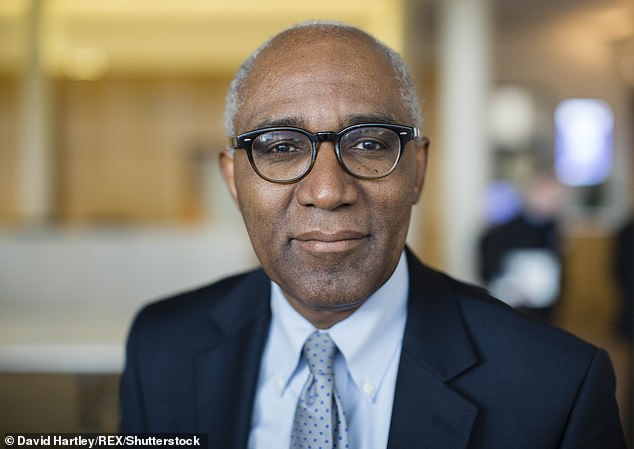 Trevor Phillips, founding chairman of the equalities watchdog and a Labour Party member for 30 years, has said he’s proud Corbyn’s fanatics will face a reckoning

When we came into being in 2007, the EHRC was the first body anywhere in the world given the mandate to seek out prejudice of all kinds and to eliminate it.

And no one should be surprised that Britain was the first country to take such a bold step; you’d have to travel a long way to find a nation as wedded to the idea of fair play.

That’s why yesterday’s courageous decision by the Commission to investigate the Labour Party was a proud moment for me.

I know that EHRC lawyers would have considered the decision with the utmost thoroughness, and I am sure the Board would have weighed the risk of controversy carefully. And then they did the right thing – just as you’d expect a pioneering body empowered to attack injustice without fear or favour to do.

On the other hand, it was a moment of utter shame to find a political party of which I’ve been a supporter and member for more than 30 years, for which I’ve stomped the streets and felt the breeze of a hundred doors slamming in my face, was in the dock for harbouring the oldest prejudice of all: anti-Semitism.

It is not the first time the Commission has found itself in the awkward position of having to decide whether a political party has broken the law.

Back in 2005, as a relatively new chairman of the Commission for Racial Equality (a EHRC forerunner), I was confronted with dozens of complaints about the Conservative Party’s anti-immigration election poster with the slogan ‘Are You Thinking What We’re Thinking?’

It wasn’t unlawful, but it was ugly, borderline racist, and the new leader David Cameron wasted not a minute on dumping the message.

Four years later, we took the British National Party to court over their constitution: it is unlawful for a political party to exclude people from membership because of their race. The BNP’s legal defeat presaged their financial and political collapse – an act about which I have never had a moment’s regret.

The Labour Party, however, is different.

In 1963, after the state-run bus company in Bristol refused to employ black or Asian conductors – white female passengers were said to be too frightened to travel with them at night – residents of the city mounted a four-month boycott.

In the end the owners backed down on this blatantly racist policy. But it was Harold Wilson who, moved by the boycott, ordered his ministers to bring in Britain’s first anti-discrimination laws in 1965. Five years later, spurred on by the protests of women at Dagenham’s Ford plant (where my own sister worked as a nurse), the Labour minister Barbara Castle forced her male Cabinet colleagues to accept the Equal Pay Act. 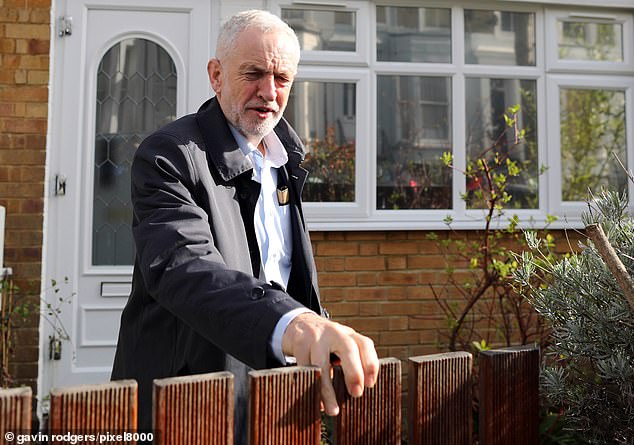 And so on through the decades to 2010, when Harriet Harman steered our Equality Act through Parliament. It is widely acknowledged to be the most comprehensive piece of anti-discrimination law anywhere in the world.

This is the party I had always wanted Labour to be. And it is this history that makes Labour’s fall from grace so humiliating for its members and so tragic for our country.

How has it come to this?

I always knew, and so did many others, that lurking at the edges of our party there were many who regarded anti-discrimination as window dressing; equal pay a sop to women and race equality law just a way of garnering black votes.

When the EHRC took the BNP to court, senior Labour MPs told me to stop wasting time. And I know that without Harman’s determination, the 2010 Act would have been dumped in the Brown administration’s dying days.

That is because for many in Labour’s far-Left there are only two battles worth fighting. One is against the class enemy represented by the Tories; the other, internationally, is the war against the imperialist Americans and their allies, whose principal running dog is, of course, Israel.

And anyone who supports Israel, as do most Jewish people, stands in the enemy camp.

For this faction of the Labour Party, the distinction between Israel as a country and Jews as a race, has long since ceased to matter. If you are not for us, they say, you must be against us. They cannot understand why anyone who sympathises with the Palestinians, as I do, doesn’t also agree with them that the only way to end their misery is to destroy Israel and all who support her.

The short step to believing that ‘these people’ – America, Israel, Jews – are bound up in a single vast conspiracy has been widely adopted on the far-Left.

And unfortunately, by their behaviour, the Labour leadership seems to have bought this barrel-load of nonsense completely. The lunatics have taken over the asylum and – whatever they think they are doing – are behaving like anti-Semites.

I am sure any defence of the EHRC’s action in starting an investigation will become part of a fresh conspiracy theory. It happens that both the chair and chief executive of the EHRC are Jewish. The Twitter-sphere is already in overdrive and last night Labour’s National Executive Committee was calling for the EHRC to be abolished!

Let me be clear: Had I still been at the EHRC, I would have supported this decision 100 per cent.

The EHRC has written to the Labour Party inviting its hierarchy to respond to 1,000 pages and more of allegations. I do not know what they will find but I am sure the party will respond with its usual platitudes, assert that its leader, Jeremy Corbyn, does not have a ‘racist bone in his body’, and insist everyone in the party is treated equally.

As several Jewish MPs have discovered – Margaret Hodge, Louise Ellman, Luciana Berger among them – there is more than one way to freeze someone out of an organisation.

The BNP did it with a nakedly racist rule. Labour’s anti-Semites may have been more subtle, but are no less repulsive. They are the true betrayers of Labour’s values.

The party has proven it cannot be reformed from the inside. Our democracy needs Labour to be rescued from itself – and perhaps the EHRC can start that process.

Yesterday the Commission proved just why it matters. Whatever else is happening in politics at least someone is standing up for the best in Britain.