‘Get ’em boy’: Sickening moment man is knocked out behind a karaoke bar and then left unconscious on the concrete as thug jeers at him

A horrifying one-punch attack that left a man unconscious has been captured on video.

The attack took place in a car park behind a popular karaoke bar in Adelaide on Friday night.

A witness captured the moment the victim was struck in the head with one devastating punch after appearing to back away from the larger man.

Police are investigating the footage, obtained by Seven News, in which the man appeared to be surrounded.

The man appeared to be backing away but onlookers could be heard egging the attacker on, saying: ‘Get ’em boy.’

One punch from the approaching attacker leaves the victim on the ground, with one of the onlookers heard saying: ‘F**king try it again, you f**king try me again.’

The victim is seen motionless on the pavement for a few seconds, before slowly regaining consciousness.

When he does, he’s taunted by the thugs.

South Australia Police say they weren’t aware of the footage until Seven News approached them for comment, but immediately launched a full investigation.

The sickening footage of the one punch attack comes only hours after a separate alcohol-fueled brawl on nearby Hindley Street. 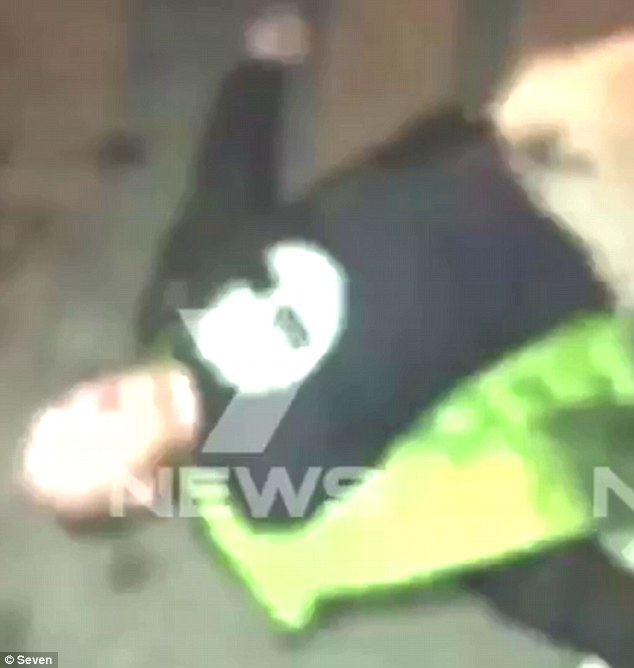 The camera zooms in on the unconscious victim, who is taunted by his attackers