US rapper Future’s bodyguard was knocked out cold after being punched in the back of the head by a British tourist outside Ibiza airport.

Shocking footage shows the tourist running up to the bigger man, who has his back turned, and punching him.

The bodyguard crashes to the ground and another tourist then sickeningly stamps on his head.

The Brits cheer in sick delight and shout mocking jeers at rapper Future, who walks away from the scene and into a crowd of people at the Spanish airport.

It is unclear what caused the confrontation, but the rapper later said he had refused to pose for a photo with the tourists, because he was too tired after a flight, and they had reacted angrily.

The British tourist, dressed in black and wearing a baseball cap, punched the bodyguard in the back of the head while he had his back turned 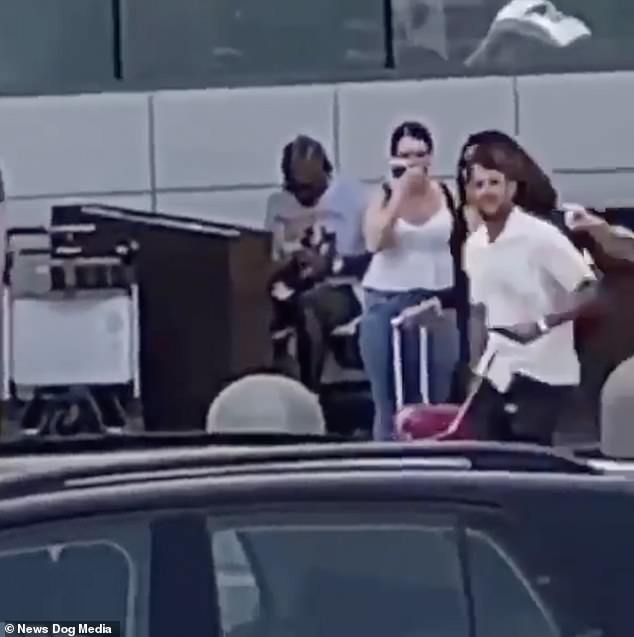 As stunned onlookers watched the tourists knock out the bodyguard, Future sat down and seemed to ignore the confrontation

US site TMZ claimed that the bodyguard stepped in because the tourists got rowdy and began hurling racial slurs at the rapper, after he refused to pose for a photo.

The bodyguard allegedly fought the group off at first, before being knocked out cold, as shown in the footage.

He then recorded the rapper walking slowly away from the confrontation and into a crowd of holidaymakers at Ibiza Airport.

The man who had sucker-punched the bodyguard was wearing a baseball cap and celebrated his attack while looking directly at the camera and clenching his fists.

After a few seconds, footage pans to the bodyguard groggily trying to get back to his feet as Spanish officials splash his face with cold water. 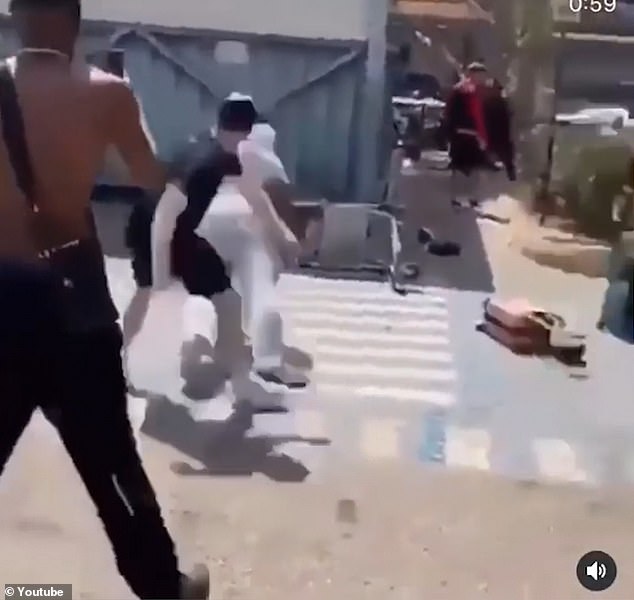 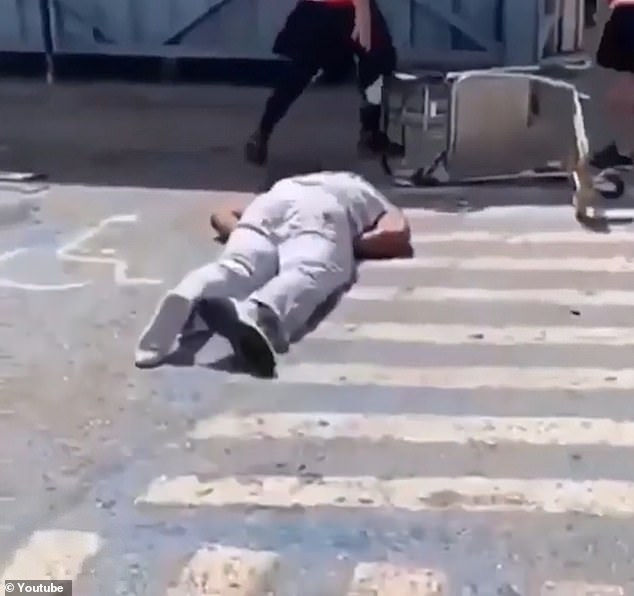 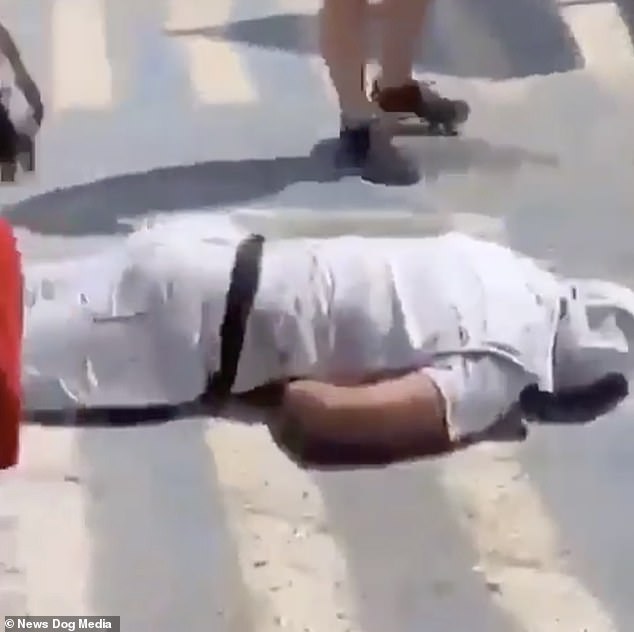 The bodyguard allegedly fought the group off at first, before being knocked out cold, as shown in the footage 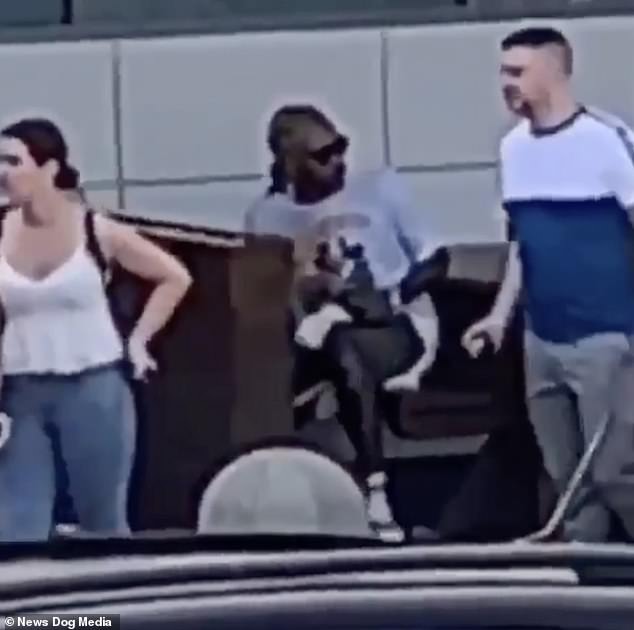 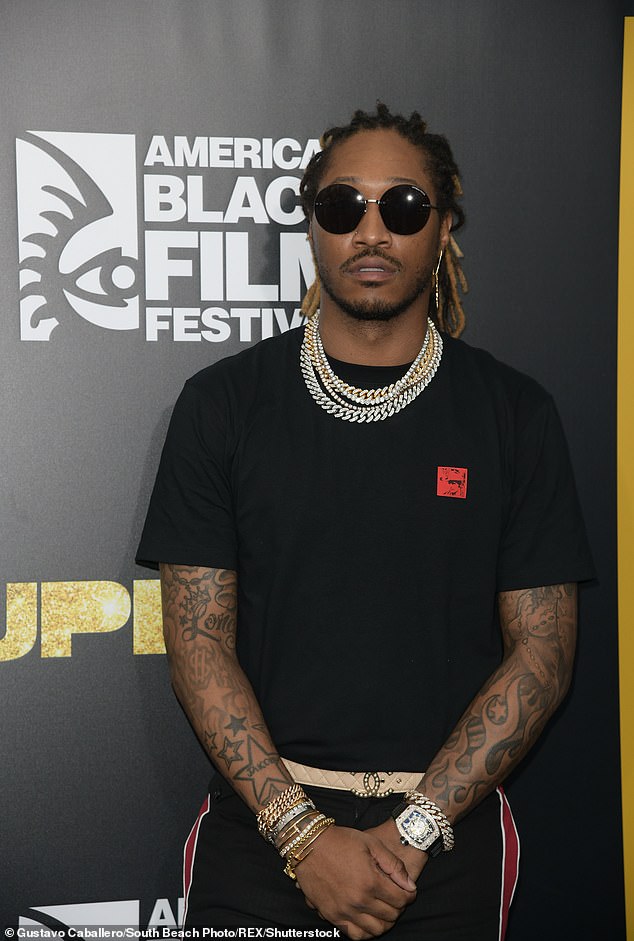 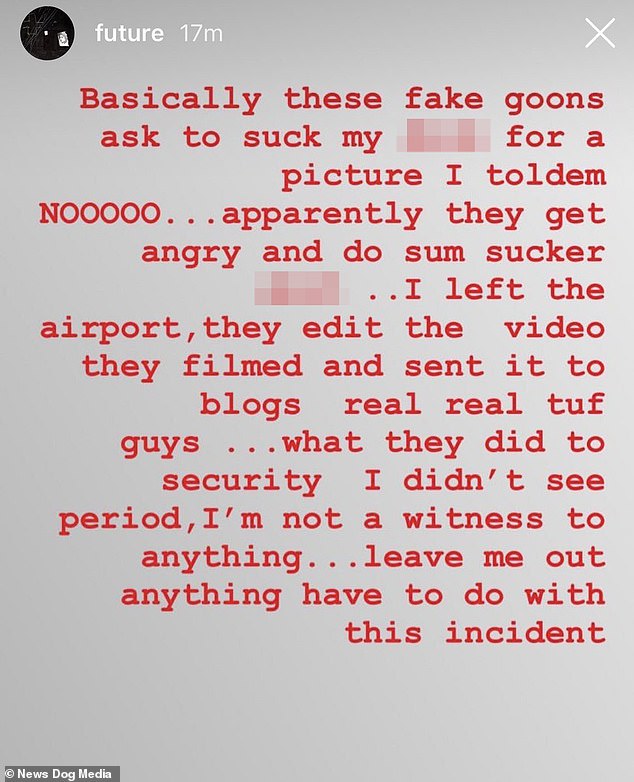 The man filming the incident, continuing with his sick commentary, added: ‘After all the hard talk you know. He got sparked. No way. No way.’

He then panned the camera to a man sat down outside the airport terminal a short distance away and said: ‘Check Future though. He took a back seat you know, he thought f*** that, I ain’t f***ing with those UK n******.’

There was no immediate response from local police today regarding any arrests.

Responding to the incident, Future wrote on Instagram: ‘Basically these fake goons ask to suck my d**k for a picture I told em NOOOOO. Apparently they get angry and do sum sucker s**t.

‘I left the airport, they edit the video they filmed and sent it to blogs real real tuf guys.

‘What they did to security I didn’t see period, I’m not a witness to anything. Leave me out anything have to do with this incident’. 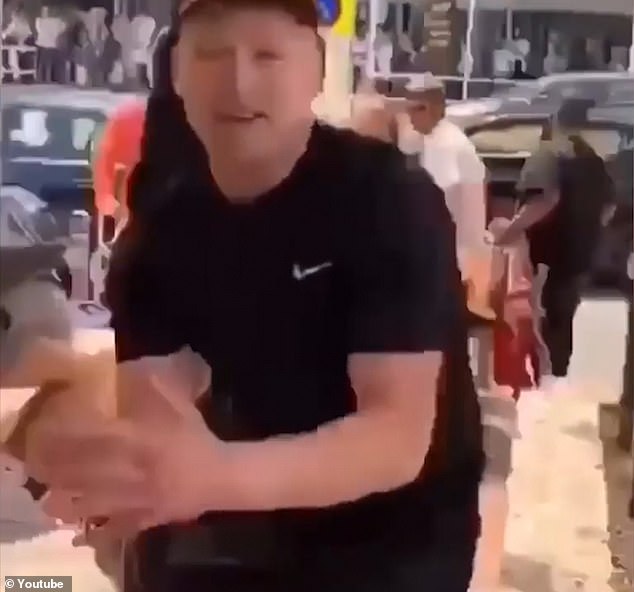 The man who punched him celebrated afterwards, clenching his fists and cheering into the camera 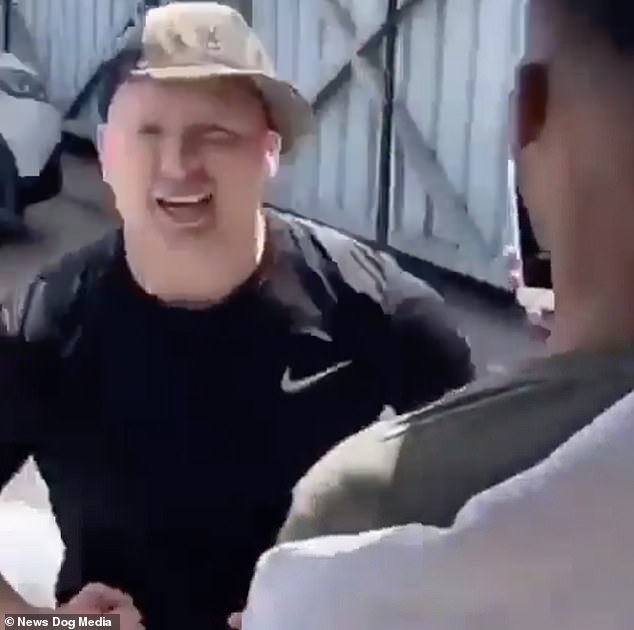 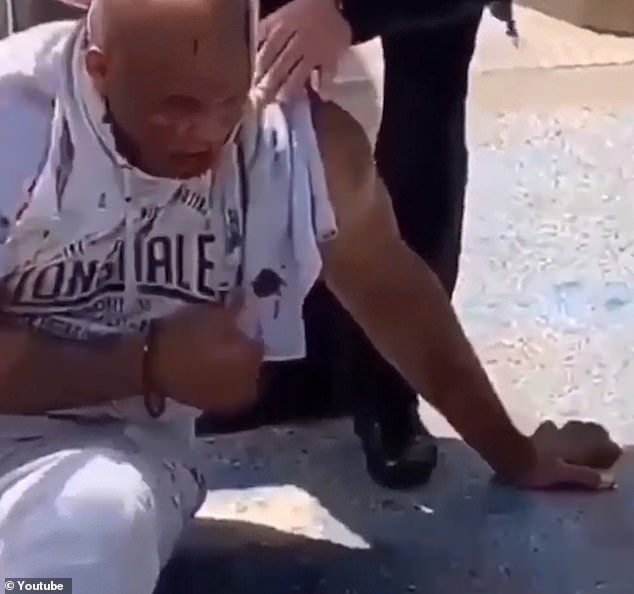 Officials at the airport tried to help the bodyguard to his feet in the aftermath, but he looked groggy and struggled to get up

TMZ described the attack as ‘racially-motivated’ and said it had been told the Brits started hurling racial slurs after they were told there would be no photo, prompting the bodyguard to step in.

There were unconfirmed reports the man filmed punching the bodyguard had a rock in his hand.

Future, real name Nayvadius Demun Wilburn, is an Atlanta, Georgia-born rapper, singer, songwriter and record producer and has sold millions of records around the world. 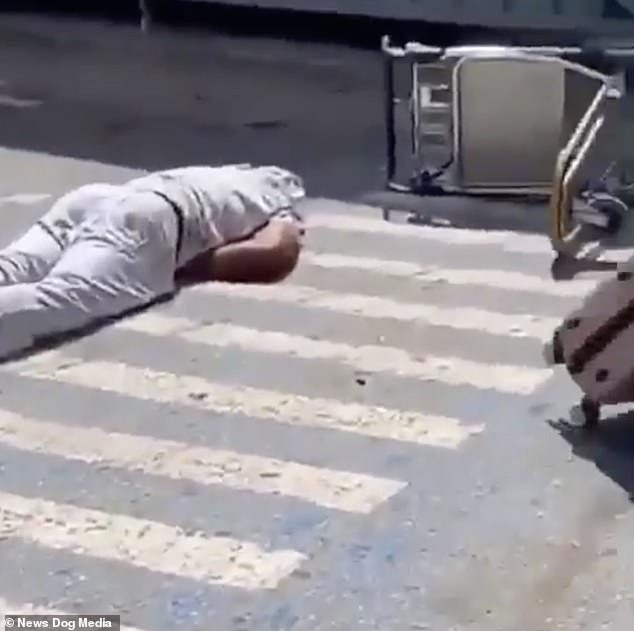 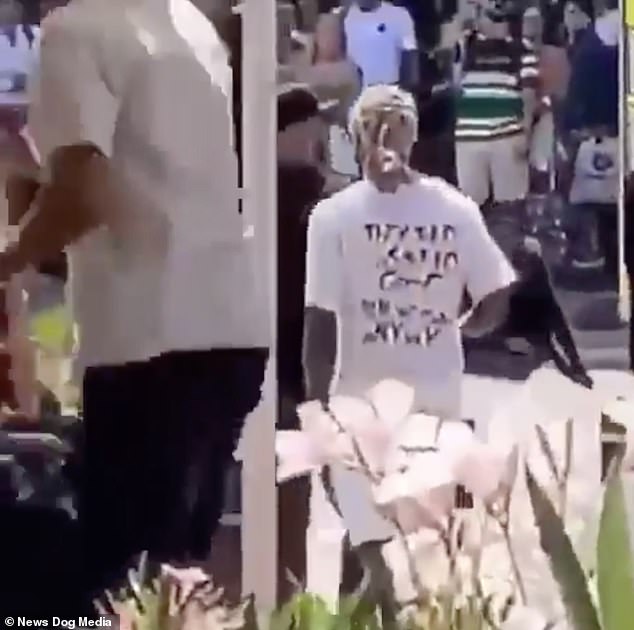