This is the sickening moment a schoolboy is dragged to the floor by his neck, pinned down by his throat and ‘waterboarded’.

The violent video involving pupils at Almondbury Community School in West Yorkshire has been shared widely on social media as stunned viewers share their anger at the vile bullying.

The footage, seemingly filmed by a friend of the attacker, shows a boy with his arm already in a plaster cast being targeted on the school field.

The child, believed to be a refugee from Syria, is headbutted dragged to the floor by his neck and then pinned down by his throat.

The boy attacking him shouts: ‘I’ll drown you’.

He tries to force water from a bottle in the boy’s mouth.

The victim, allegedly a 16-year-old Syrian refugee who came to Huddersfield from Homms two years ago, twists away from the attempt to ‘waterboard’ him and calmly walks away.

It is thought the incident occurred more than a month ago but it has now been shared thousands of times on Facebook by people angry at a ‘lack of action by school chiefs’. Others have said on social media that the attacker has been permanently excluded. 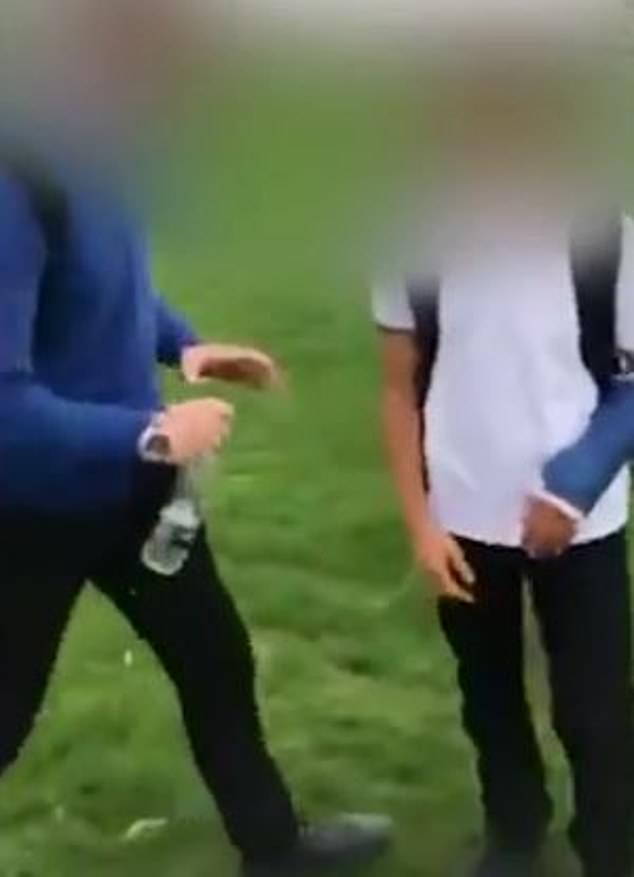 The video has been viewed more than 27,000 times and attracted hundreds of comments of disgust from Huddersfield parents.

Most dubbed the attack ‘pathetic’ with some calling for the police to be involved.

The footage was dubbed ‘heartbreaking’ by presenter Jeremy Vine.

He said on Twitter: ‘I’m trying to resist naming the bully in this film — his name is all over Twitter anyway. More important, is it possible to do anything for the victim? A Syrian refugee who already had a broken wrist, apparently from a similar attack. Heartbreaking.’

Barry Sheerman MP said he has been supporting the teenager’s family.

‏He said: ‘Video of assault against one of my constituents absolutely shocking.

‘Have been supporting the family since it was first brought to my attention.

‘Understand from council that the school have taken strong action. Will be following up to ensure all available support is being given!’ 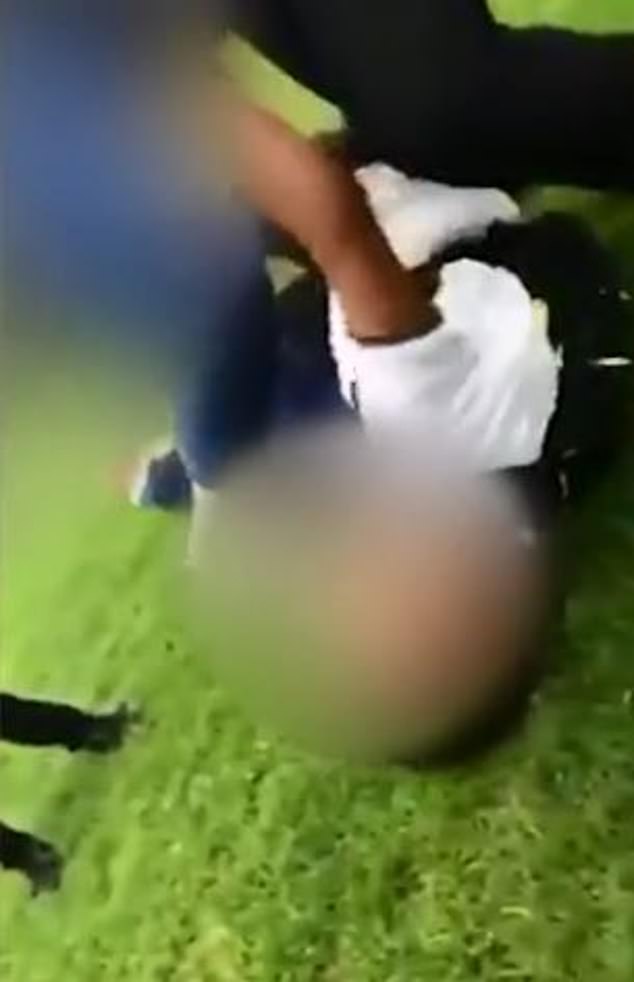 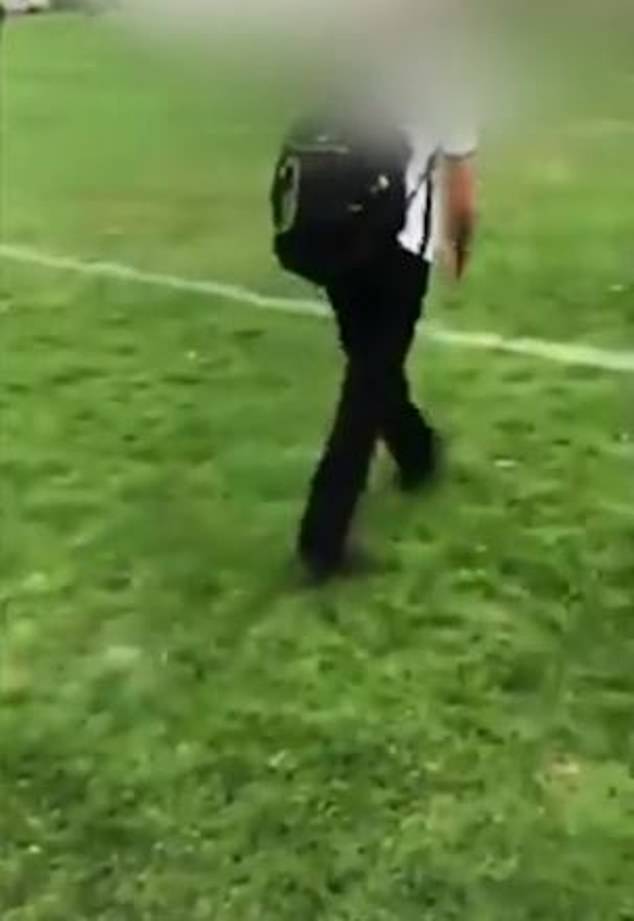 The boy walks away, saying nothing and not retaliating to the bullies who attacked and filmed him

Head teacher Trevor Bowen said: ‘The safety and welfare of students is of paramount importance to us and this was a very serious incident.

‘We are not able to comment further as we are supporting the police with their investigation but I want to be clear that we do not tolerate unacceptable behaviour of any sort in our school.’

Waterboarding is a form of torture where water is poured over the face of the victim and their breathing passages causing the sensation of drowning.

Superintendent Steve Dodds, of West Yorkshire Police Kirklees District, said: ‘We are investigating a report of a racially-aggravated assault of a 15-year-old boy which occurred on playing fields at Almondbury Community School at about 1pm on October 25.

‘A 16-year-old boy has been interviewed by voluntary attendance in connection with the incident and we are continuing to progress the investigation.’