Sign language interpreter is caught making a VERY offensive gesture during Victoria’s coronavirus update – but is there a simple explanation?

A sign language interpreter has made what appeared to be a very rude gesture while quoting Victorian Premier Daniel Andrews during a coronavirus update.

Eagle-eyed viewers posted a screenshot of the interpreter during Mr Andrews’ press conference on Wednesday as the state recorded 484 cases.

The interpreter is pictured with his arms outstretched and both middle fingers upright while staring out towards the reporting gallery.

Many comments on the post thought the interpreter had gone rogue behind Mr Andrews back, but some suggested he was actually gesturing the Auslan sign for ‘lazy’ or to ‘do nothing’.

To interpret the sign for ‘lazy’, you bounce your arm twice while stretched outwards with your middle fingers extended.

‘I’m dying over here,’ a comment on the post reads. ‘I love that Auslan expresses some of our national spirit.’

‘This has so much potential as a meme format,’ another post reads.

Other viewers shut down claims the interpreter was gesturing the word ‘lazy’, pointing out Mr Andrews made no reference to the word in his speech.

Mr Andrews was talking about Victorians contacting the state coronavirus hotline to inquire about financial assistance when the gesture was made.

He said: ‘Hopefully lots of people make that phone call and it may take a little while to for the phone to be answered and for someone to process your claim, but make that call.’

Auslan Services finally settled the debate, claiming the sign is used to refer to the word ‘available’.

‘Signs are not ‘frozen’ but are done in a 3 dimensional space,’ they said in a Facebook post. ‘There are a few examples of screenshots of this sign circulating the internet.

‘This post is to highlight that it is a legitimate sign and is used everyday by 1000’s of Deaf people when communicating. If you love Auslan, perhaps you could learn it!’

Mr Andrews has been begging Victorians to stay inside in an effort to stem the horror second wave of COVID-19. 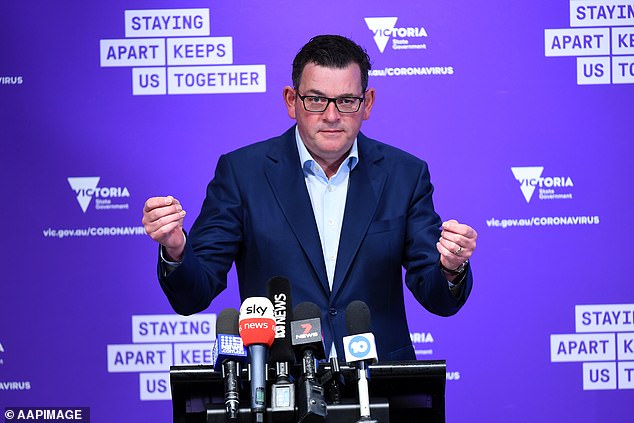 Under stage three coronavirus restrictions, residents can only leave their homes for four essential reasons.

They are shopping for food and supplies, giving or receiving medical care, exercise and to study or work if you are unable to do so at home.

Almost nine in 10 Victorians who tested positive to COVID-19 between July 7 and July 21 were still leaving their houses after they developed symptoms.

Even after being tested, 54 per cent of people still left their homes while waiting for their results.

It is now mandatory for all people aged 12 and up in Melbourne and the Mitchell Shire to wear a face mask at all times when outside.

A further 484 cases were diagnosed in Victoria in the 24 hours to Wednesday – the largest single day spike in Australia since the pandemic began. 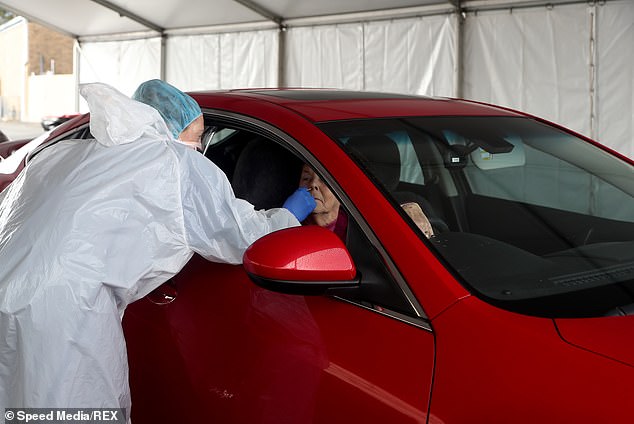