Significant increase in prize money for the Women’s FA Cup is agreed from 2022-23 after pressure from fans and Chelsea boss Emma Hayes with this season’s winners guaranteed just £25,000 compared to £1.8m for the men’s competition

The FA has agreed to a significant increase in prize money for the Women’s FA Cup from 2022-2023 season following pressure from fans and Chelsea boss Emma Hayes.

The fourth round in the women’s game takes place this weekend with winners set to receive £2,000, while losers will pick up just £500.

Hayes slammed the disparity in prize money as ‘completely unacceptable’ and the issue was also raised by Labour MP Alison McGovern during a debate in Parliament this week.

A fan-led protest calling for an ‘Equal FA Cup’ was organised for this weekend’s fourth-round fixtures with supporters up and down the country planning to chant: ‘No Ifs, no buts, we want an equal FA Cup,’ in the 51st and 71st minutes as a reference to the 50-year ban on women’s football, which was implemented 51 years ago and lifted in 1971. But the FA have now confirmed changes will be made ahead of next season.

An FA spokesperson said: ‘The Vitality Women’s FA Cup’s significant development over the last few years is just one example of this growth. 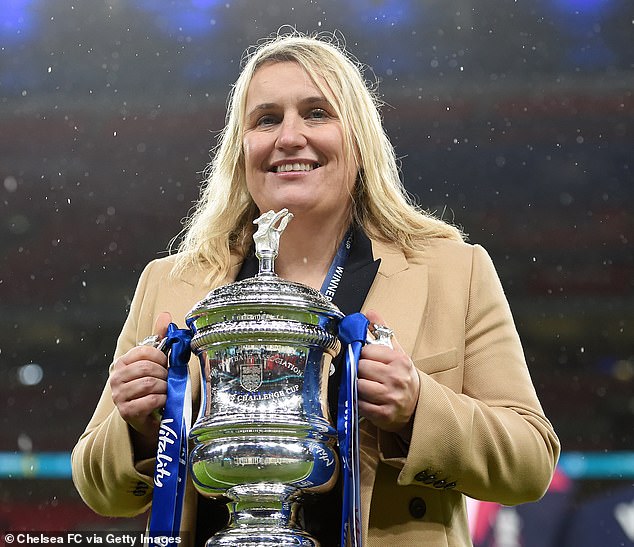 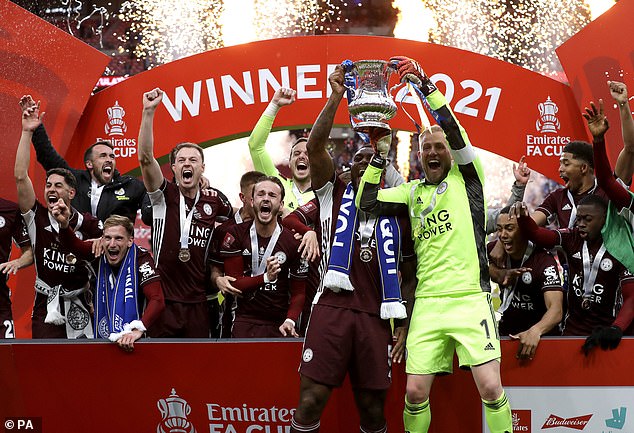 There is £1.8m on offer to the winner of the men’s tournament with just £25,000 for the team that lifts the Women’s FA Cup

‘More details are to be announced in due course and the additional prize money will come into effect from the 2022/23 season.’

Hayes’ Chelsea beat Arsenal to win last season’s competition in December but picked up less than two per cent of what Leicester received for their triumph in the men’s final. ‘That’s unbelievable,’ Hayes said of the difference.

‘This has to shift, it really does. We’ve got to grow the women’s game. We can only do that with prize money.’