Don’t quote us on that! Cringe-worthy signs show how NOT to use speech marks – including a Starbucks cafe offering customers a ‘second service’ and a resort promising ‘safe’ holidays

The incorrect use of quotation marks can often be the difference between an innocent sentence and something much more suggestive.

And these amusing signs, shared by people across the world, show how misusing inverted commas can grab the attention for all the wrong reasons.

Collated by Bored Panda, the collection of images illustrate that when it comes to quotation marks, just their very presence can be baffling, concerning, and often hilarious.

From a Starbucks branch advertising its ‘second service’ to quotation marks around the word ‘safe’ in a holiday advert, FEMAIL look at the most humorous signs with totally inappropriate use of quotation marks…

Only the real deal: This Australian-based tyre store advertised a job advert looking for a ‘qualified’ mechanic but the use of punctuation left applicants wondering just how qualified you actually had to be 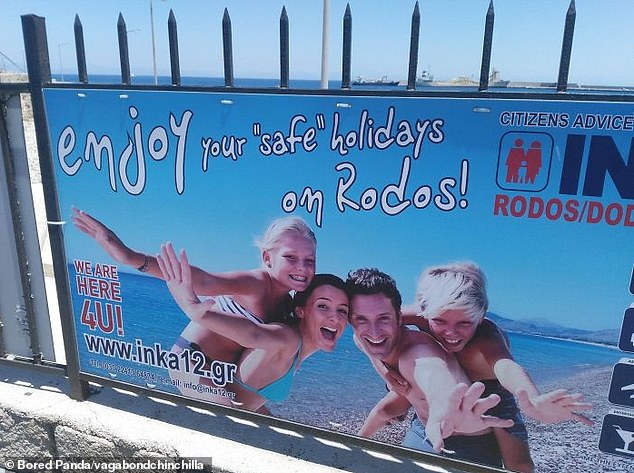 Is it safe or not? Holiday-makers doubted just how secure they’d be while in Rhodes thanks to this Greek company’s sign which worryingly quote-marked the word ‘safe’ 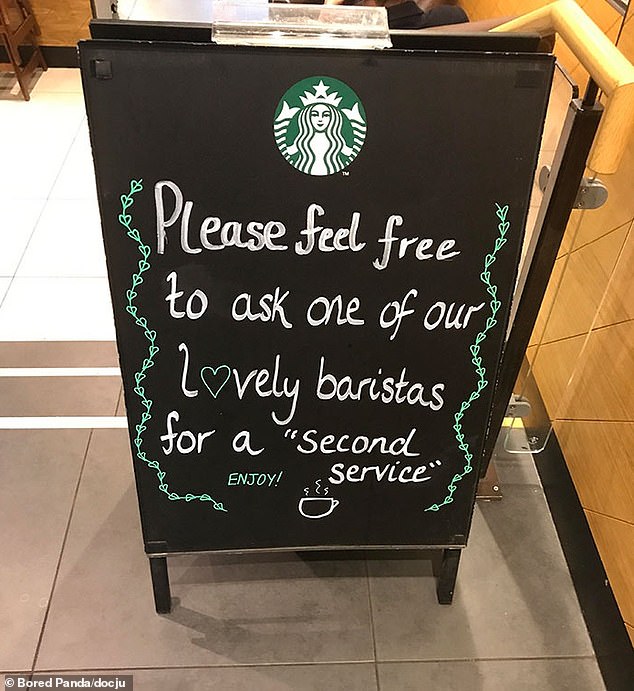 A surprise in store? Many were left pondering just what the ‘second service’ at this US-based Starbucks could be 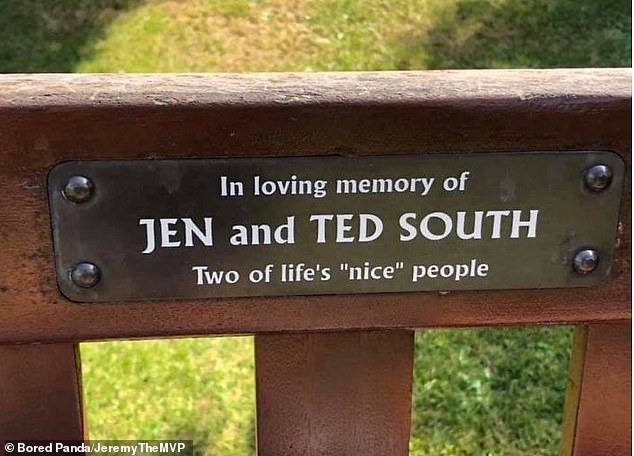 Were they really? This remembrance plaque – in an unspecified location – was most likely meant to be sincere but the use of the punctuation leaves people pondering over just how ‘nice’ Jen and Ted actually were 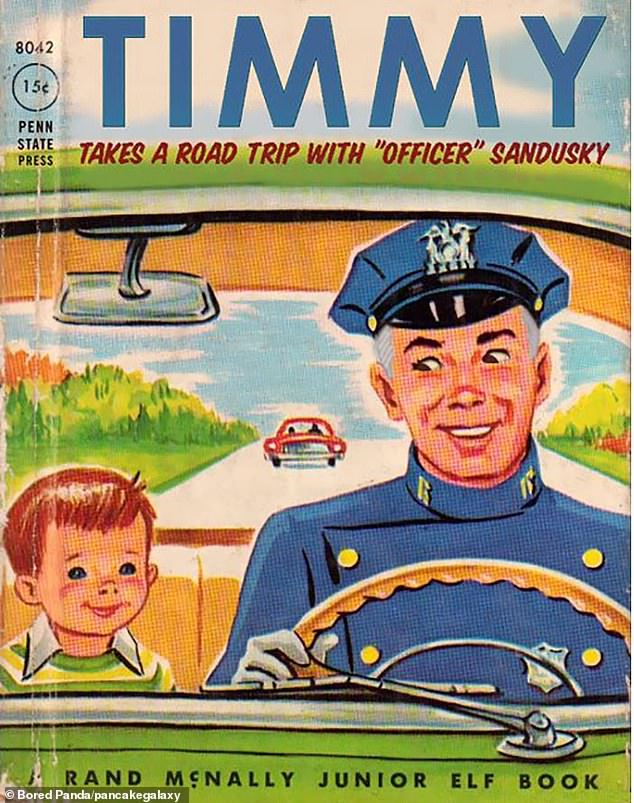 More than a bit suspect: Social media users feared for poor Timmy when this image was shared online of an American book with inappropriate punctuation around the word ‘officer’ 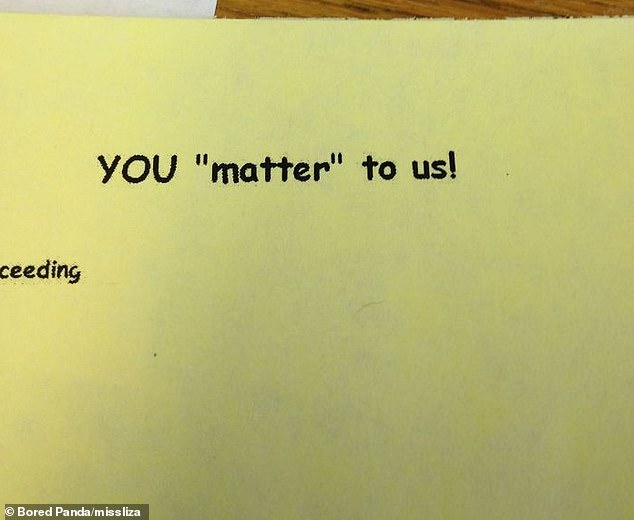 Kindhearted note gone wrong: This message, left on a UK desk, seemed to want to show that people do care – however the quotation marks put that in doubt 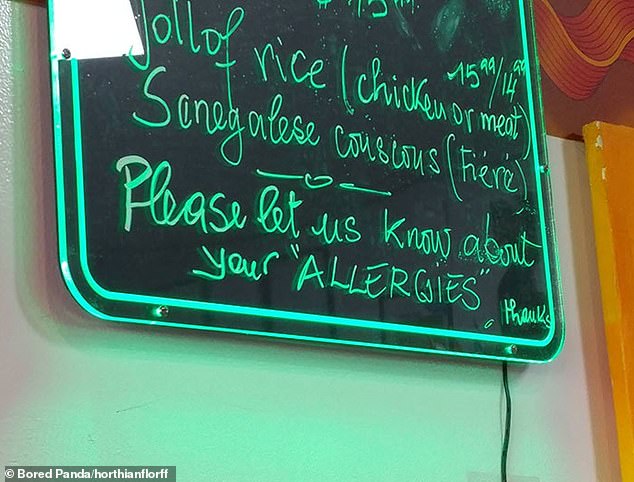 Not so accepting: This restaurant, at an undisclosed location, appeared to scoff at the idea of their customers having ‘allergies’ 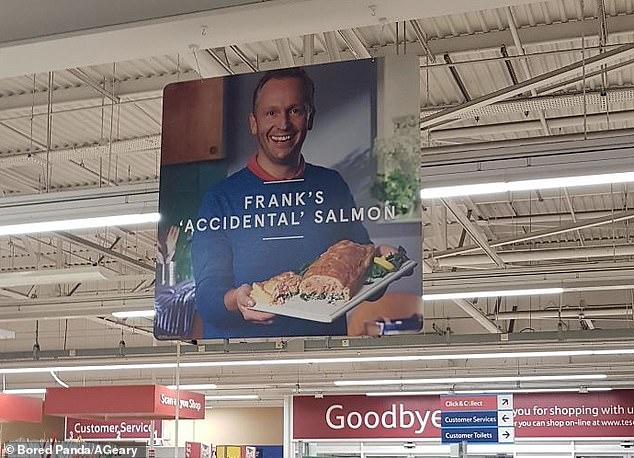 But what was the original dish supposed to be? Social media users couldn’t work out what this ‘accidental’ advertisement was showing in a UK-based Tesco 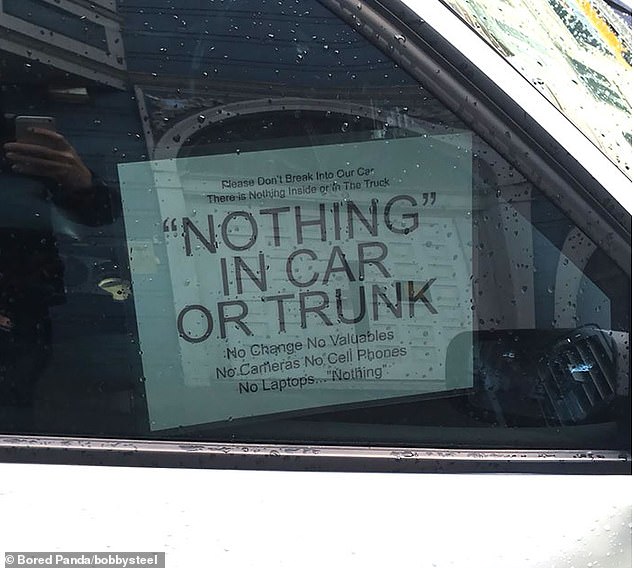 Just a little bit suspicious: The owners of this car in America, wanted to be very clear that they had nothing worth stealing in their vehicle – however the quotation marks around the word ‘nothing’ make it seem quite the opposite 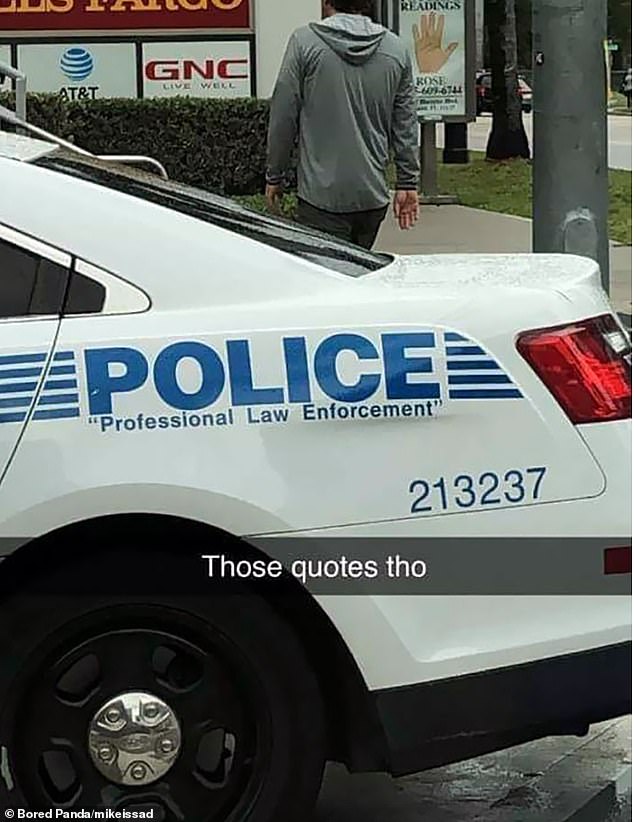 Undercover: If there is one thing that shouldn’t be ambiguous, it’s the law, yet these quotations appear to put the whole profession in doubt on this US vehicle 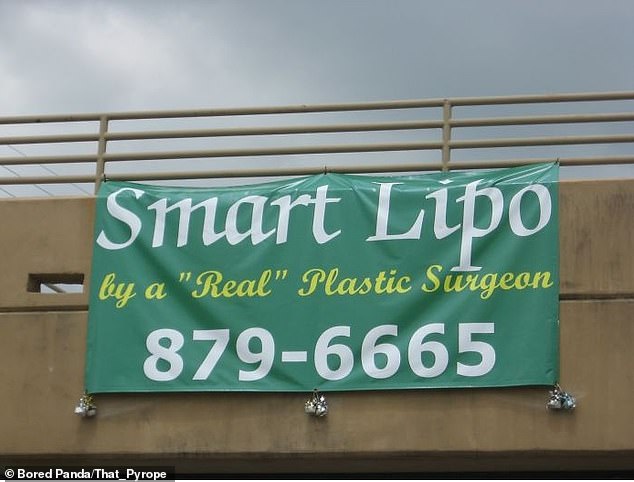 Taking your life into your hands: The punctuation around ‘real’ here suggests this US surgeon’s qualifications might not be up to snuff