A Sikh who became the first Coldstream Guard to wear a turban during the Trooping the Colour could be removed from his post after he allegedly failed a drugs test.

But the 22-year-old from Leicester faces being kicked out of the Army after he allegedly tested positive for cocaine during a drug inspection last week, the Sun reported.

A source told the Sun last night that Lall had allegedly registered ‘high levels’ of the Class A drug.

The source added that, if true: ‘The Guards carry out public duties at the Palace, it’s disgraceful behaviour.

‘It is for his commanding officer to decide if he gets the boot – but anyone caught taking Class A drugs can expect to be dismissed.

The insider said that ‘everyone’s shocked’ by the situation and that Lall had caused ’embarassment’ after being put in the limelight.

Lall and two other soldiers are alleged to have failed a test at Victoria Barracks, in Windsor, Berkshire, last week.

Brigadier Christopher Coles, Head of Army Personnel Services Group, said: ‘I can confirm that a number of soldiers from the Coldstream Guards are under investigation for alleged drugs misuse. 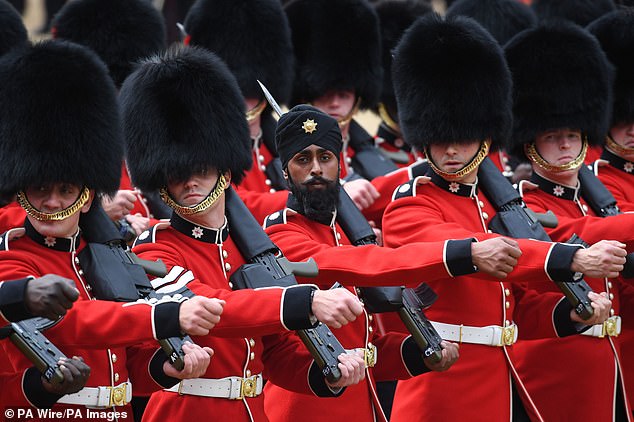 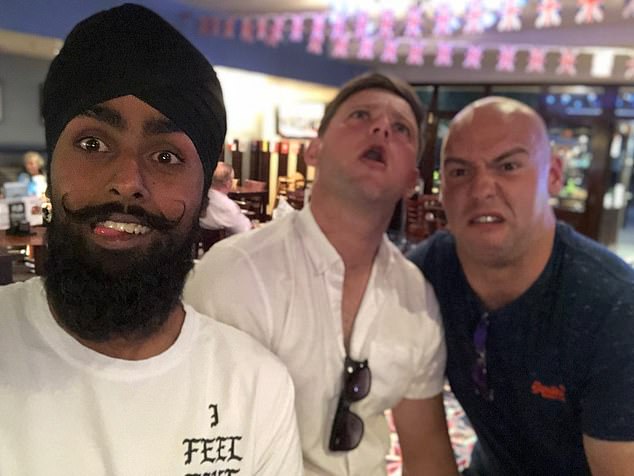 Lall (pictured left on a night out with friends who are not suspected of any wrongdoing) had allegedly registered ‘high levels’ of the Class A drug, a source said

‘Drugs abuse is incompatible with military service and those caught taking drugs can expect to be discharged.’

Originally born in Punjab, India, Lall moved to the UK with his family as a baby. He later joined the British Army in January 2016.

He hit the headlines in June after he made history as part in the 1000-strong ceremony marking the Queen’s official birthday.

Lall said at the time that he hoped the moment was looked upon as a ‘change in history’ and would encourage those from different backgrounds to join the Army.

‘I hope that more people like me, not just Sikhs but from other religions and different backgrounds, that they will be encouraged to join the Army.’ 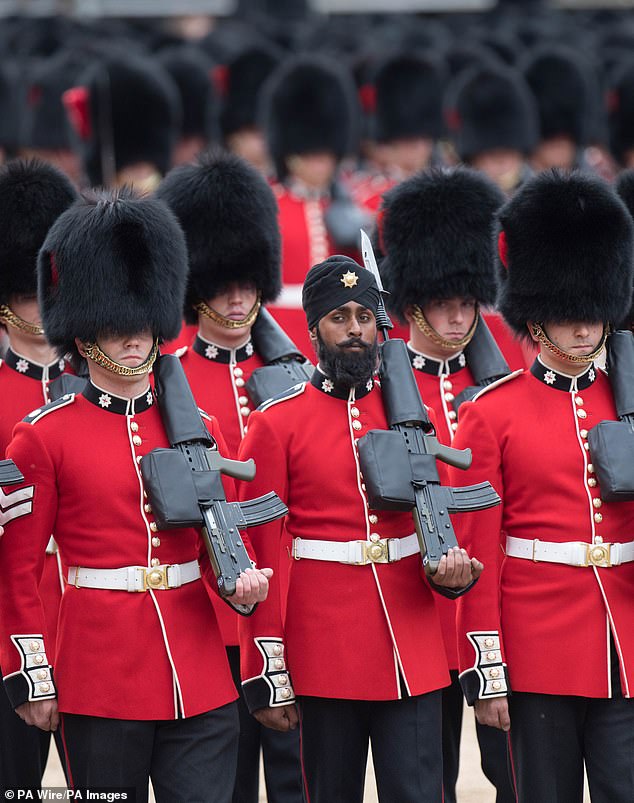 The 22-year-old spoke of his pride at making history after being among more than 1,000 soldiers taking part in the Queen’s birthday celebrations

Prior to the Trooping of the Colour, Lall said: ‘I’m quite proud and I know that a lot of other people are proud of me as well.

‘For myself, being the first turban-wearing Sikh to troop the colour and to be part of the escort it is a really high honour for myself, and hopefully for everyone else as well.

‘My mum was crying on the day I passed out so I wonder what is going to happen to her when she sees me in this.’

Trooping the Colour has been held for the past 250 years to commemorate the birthday of the sovereign – and also functions as a display of army drills, music and horsemanship.

Last year the Army insisted it’s was not relaxing its drug rules after it was revealed new recruits would not be dismissed if they were found to have used drugs within their first 14 days of training.

Hundreds of soldiers tested positive for substances including cocaine and ecstasy from just July to October last year.

Officials carried out 22,910 tests during the four-month period, according to a freedom of information request.

Of those, 220 produced positive results – less than one per cent of those tested.