Hundreds of Australians have unleashed on state governments around the country in a series of silent protests.

Demonstrations have been seen across Sydney on Tuesday, as well as in Lismore in northern New South Wales, Lake Macquarie, the Gold Coast and Brisbane.

A range of protest groups have called August 31 ‘Shut Down Australia’ day, with rallies arranged at various government buildings and police stations.

Many unmasked residents are complaining about the neverending lockdown while others have expressed their fury at Covid-19 vaccination mandates.

The silent protesters have been met with large groups of police with many being carried away in handcuffs for breaching public health orders. 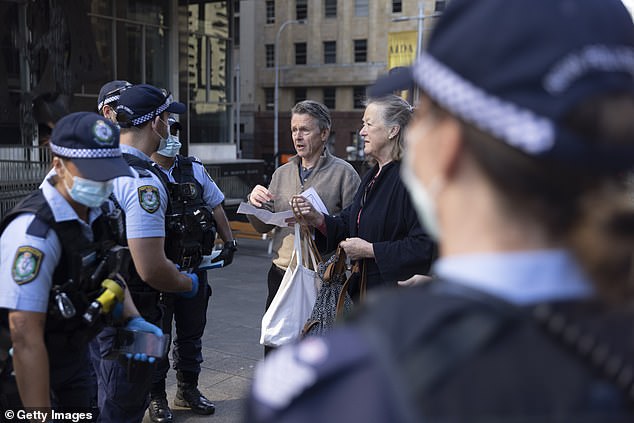 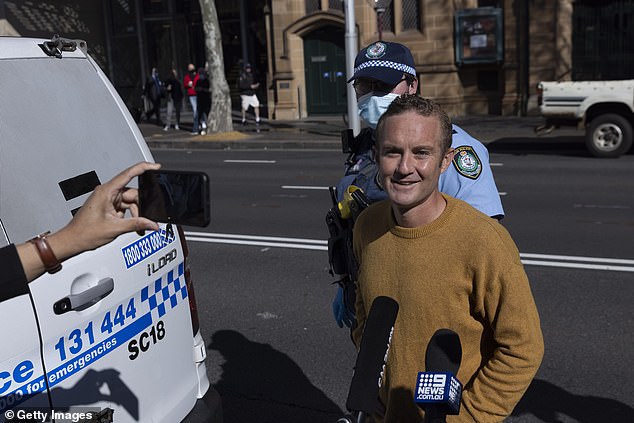 As many as 50 people were seen outside the Sutherland Shire Council building in Sutherland, south Sydney, on Tuesday morning.

Police quickly arrived at the scene and were forced to disperse the growing crowd.

Similar scenes were seen in Sydney’s CBD and in the east with a silent protest also taking place in Waverley.

In Queensland which is not under lockdown restrictions, hundreds were seen gathered together outside the Gold Coast Council Chambers.

Frustrated residents were calling on the government to reverse its vaccine requirement for essential workers.

Many stood with their backs against the council while staring silently at the ground.

Meanwhile the Queensland state parliament building was completely locked down due to the mass of protestors gathered outside. 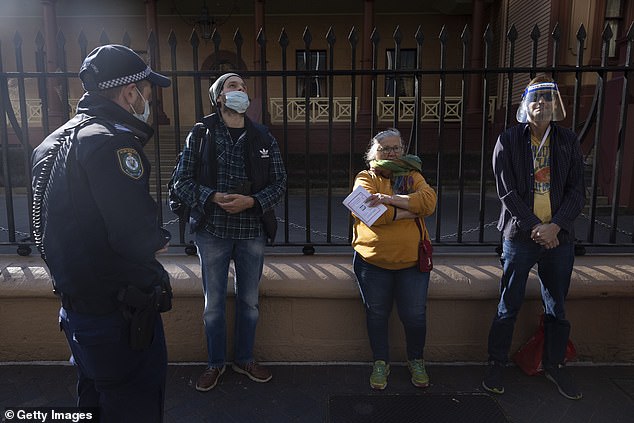 A range of protest groups have called August 31 ‘Shut Down Australia’ day, with rallies arranged at government buildings around the country 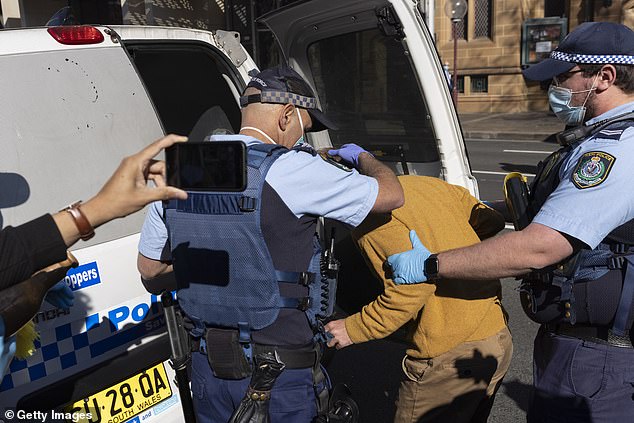 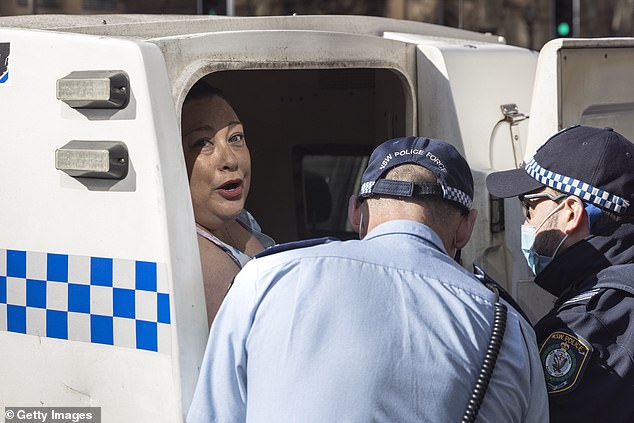 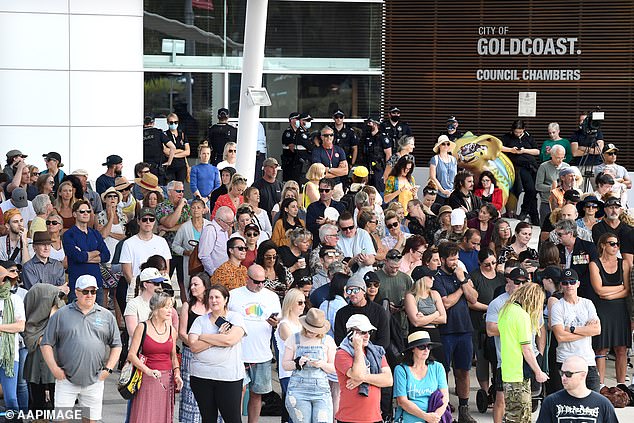 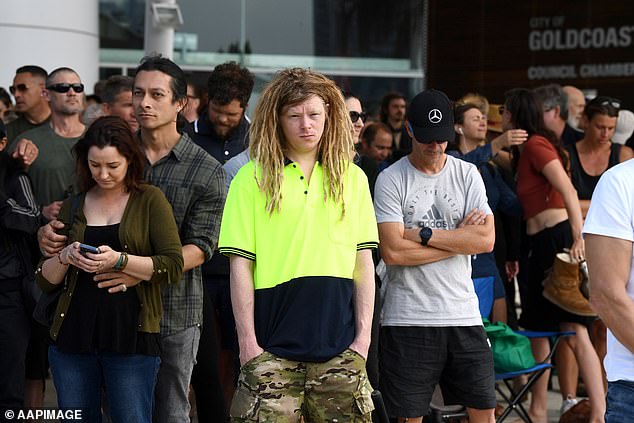 At least one protester had tried to enter the chamber.

The protest followed a fiery start to question time in which Premier Annastacia Palaszczuk was forced to defend the decision to allow NRL WAGS and officials to fly into Queensland yesterday afternoon.

Speaker Curtis Pitt said the protest related to voluntary assisted dying legislation, due to be debated by the Queensland Parliament this week.

It’s believed a small, peaceful protest by those opposed to the euthanasia bill were joined by people protesting against ‘vaccination passports’, including Queensland’s recent introduction of a rule requiring essential workers coming into the state from NSW to have had one shot of a Covid vaccine.

Police advised the Speaker there had been ‘an attempted intrusion of the precinct’.

Members were not allowed in or out of the parliamentary chamber, while no arrests have yet been made.