Silvio Berlusconi is ordered to pay his ex-wife £80,000-A-DAY in divorce settlement

Silvio Berlusconi has been ordered to pay his second wife £82,000 a day as part of their divorce settlement.

Veronica Lario was awarded almost £30million a year by a court after a three-year legal tussle.

The former actress had wanted the £60million family villa and nearly £250,000 a month in maintenance, but settled for £2.5million a month.

Mr Berlusconi, 76, whose personal fortune is estimated at £3.7billion, keeps the villa near Milan as well as control of his business empire.

The judgment said the settlement would allow Miss Lario, 56, who has three  children with the former Italian premier, to ‘live in the manner that she was accustomed to during her marriage’. 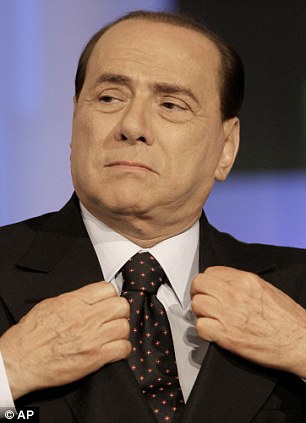 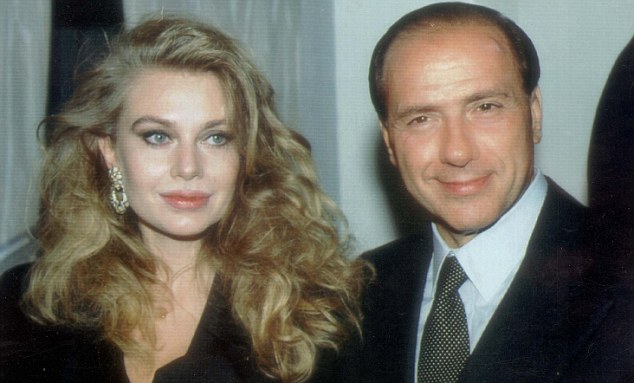 The couple married in 1990 and have three children together

Mr Berlusconi, who is currently on trial accused of having underage sex with a prostitute, is now engaged to marry a 27-year-old TV presenter.

The couple met in a dressing room in 1980 after Berlusconi saw Lario perform in a Milan theater. They later married in 1990.

Berlusconi, 76, has kept sole possession of the €78m Villa Macherio, just outside Milan, which Lario, 56, claimed for herself after living there for more than 20 years.

The settlement was filed at Christmas time to give the ex-couple greater privacy, and according to reports Berlosconi’s business interests remain untouched by the agreement.

It was Berlusconi’s second marriage and the couple has three children – Barbara, 28, Eleonora, 26, and Luigi, 24.

Lario filed for divorce in 2009 as rumours of Berlusconi’s bunga-bunga party nights at his other Milan villa of Arcore were starting to spread. 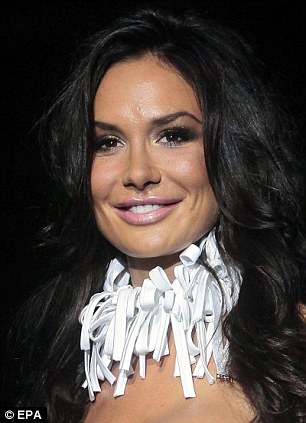 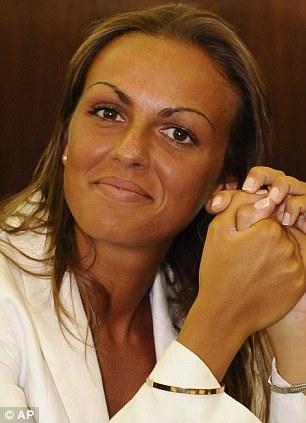 In 2007, the usually secretive Lario wrote an open letter to Italian newspaper La Repubblica – whose editorial line strongly opposed Berlusconi – demanding public apologies from her husband after he courted a future minister in his government, Mara Carfagna, on national television.

She described as ‘indecent junk’ the reported European Parliament candidacy of a number of showgirls for Berlusconi’s party.

She also hit out at her husband for showing up at the 18th birthday party of Noemi Letizia, which led to widespread speculation about his relationship with the girl.

Berlusconi has now announced that he intends to run for Prime Minister again in Italy’s forthcoming election. If he succeeds it will be his fourth time in office.

The media mogul has also confirmed that he is engaged to 27-year-old Francesca Pascale who sources say is now being groomed for the role of being Italy’s ‘first lady.’

Miss Pascale, the daughter of a wedding photographer who grew up in Naples, began dancing for a kitsch show on Telecapri station when she was 14.

She later left show-business, studied political science and became a provincial councillor for Mr Berlusconi’s centre-Right PdL party, but stepped down in July.

Earlier this month the billionaire media mogul confirmed their relationship on television, calling her ‘beautiful on the inside and the outside’.

‘Finally I feel less lonely,’ Mr Berlusconi said. ‘I am engaged to a Neapolitan, it’s official.’

Miss Pascale is said to be friends with Mr Berlusconi’s daughter, Marina, who is chairman of Italy’s largest magazine publisher, Mondadori.

Ms Minetti has been a member of Lombardy’s regional assembly since catching Mr Berlusconi’s eye while he was prime minister.

She was accused of procuring dancers and escorts for lavish “bunga bunga” parties, charges which she denies. Milan prosecutors are also investigating whether she improperly requested state reimbursements for €27,000 (£22,000) in spa treatments, hotels and dinners.

Ms Minetti added that she thought Miss Pascale is ‘absolutely the right person to stand by Mr Berlusconi right now.’