Diego Simeone has opened up an audacious plan he hatched alongside Luis Suarez last summer to try and swoop for Lionel Messi amid his stand-off with Barcelona.

Messi’s contract talks broke down with the Nou Camp club unable to pay his wages, paving the way for Paris Saint-Germain to sign the Argentina international in a shock transfer.

But Atletico boss Simeone has admitted he tried to get Luis Suarez – a former Barcelona team-mate of Messi’s and a good friend – to sound him out over a move to the Spanish capital. 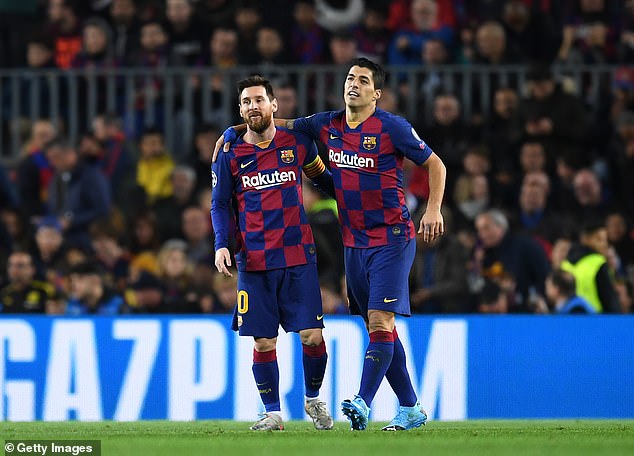 Speaking to Argentina publication Ole, Simone lifted the lid on the plan, explaining: I’ll tell you a detail. With what happened at Barcelona, we called Luis.

‘With all due respect, I didn’t call Leo, but I did call Luis to ask how Messi was doing, if he was eager or if there was a slight possibility that he would come to Atletico.’

That possibility, Simeone admitted, was so slight that the plan was over as quickly as it began.

‘It was something that lasted three hours, because PSG was already obsessed with that. Was it even something? No, not at all, you see the plane passing through the sky and you (laughs) say “here it comes.”‘ 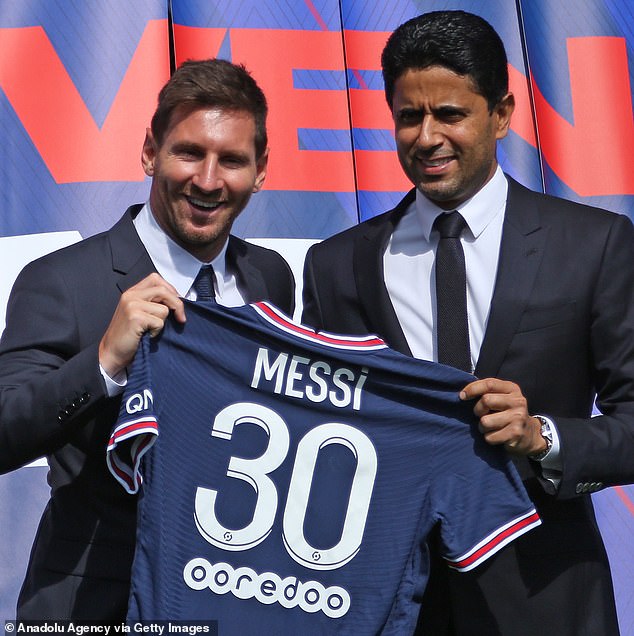 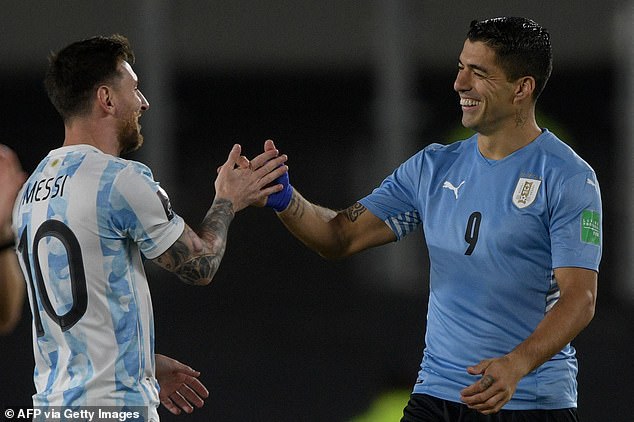 Suarez left Barcelona for Atletico in acrimonious circumstances in the summer of 2020 and Messi publicly criticised Barcelona for the manner in which the Uruguay forward left.

‘You deserved a farewell befitting who you are: one of the most important players in the history of the club, achieving great things for the team and on an individual level,” Messi wrote in his Instagram post regarding Suarez’s move.

‘You did not deserve for them to throw you out like they did. But the truth is that at this stage nothing surprises me any more.’