He recently described breaking his back as the ‘worst thing’ that has happened to him.

But Simon Cowell, 61, put bad days behind him on Sunday as he and girlfriend Lauren Silverman, 43, left their London mansion for a summer getaway to their favoured holiday hotspot of Barbados.

Jetting off: Simon Cowell and Lauren Silverman looked holiday-ready in West London on Sunday as they prepared to trade the UK heatwave for a lavish Barbados getaway

Lauren looked in good spirits, wearing a stunning pair of black sunglasses to team nicely with her black belt.

She cut a casual figure in a pair of white trainers and carried with her a large bag. Her tousled brown hair sat just below her shoulders as she stepped out to embark on their trip.

The pair, who share son Eric, seven, were also spotted embracing an unknown lady in their doorway. 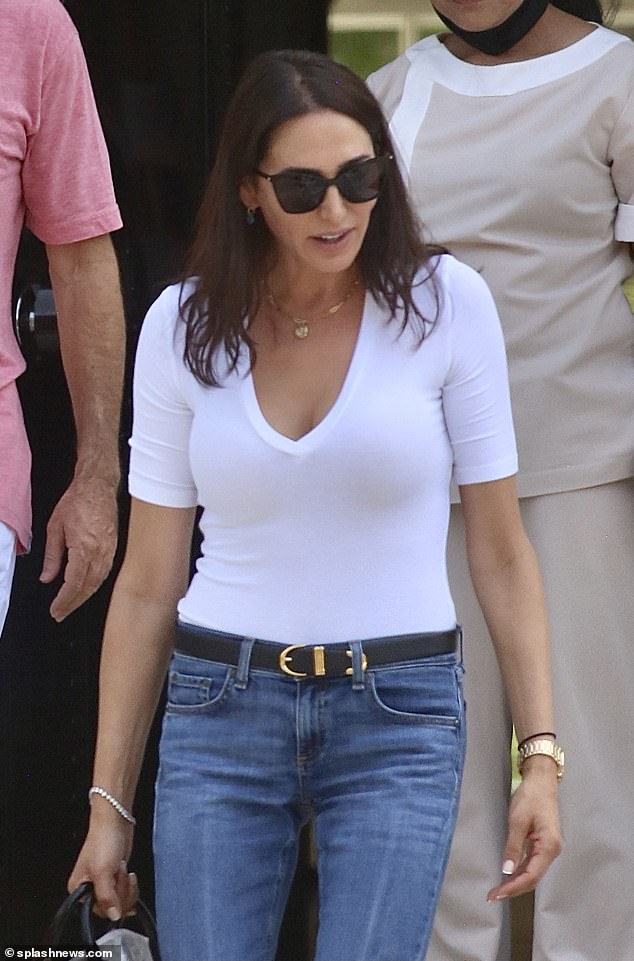 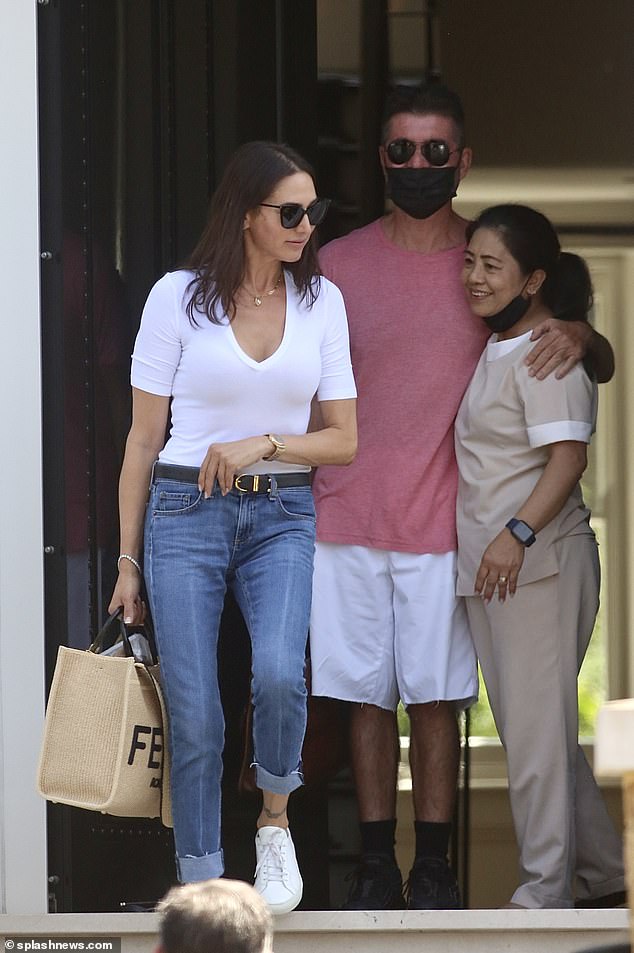 Casual: The pair both cut casual figures, Lauren opting for a pair of white trainers and Simon keeping cool in a tee and white shorts 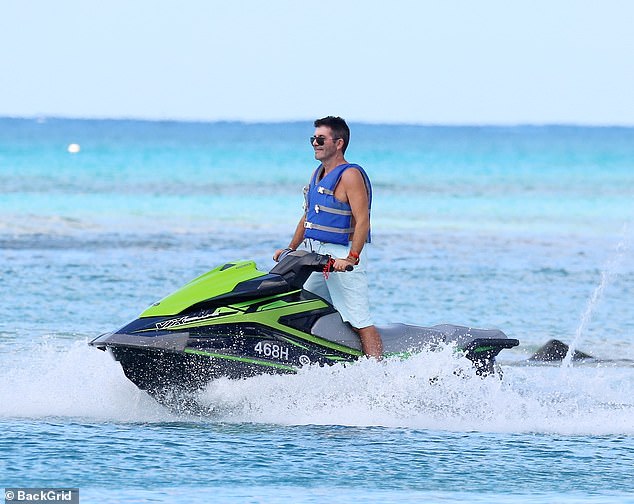 Woo! Simon is known for his love of the Caribbean as a holiday destination and is often seen zipping around the islands on a jet ski (Simon pictured in December)

Simon is known for his love of the Caribbean as a holiday destination and is often seen zipping around the islands on a jet ski.

Their jet-setting comes as the record executive has been determined to do everything he can to ensure he makes a full recovery following breaking his back, including walking for several hours a day and holding business meetings at 9AM so that he no longer lives like a ‘vampire’.

Of his new fitness regime, a source told MailOnline: ‘Simon said how he hasn’t worn trainers as much as this in 20 years. 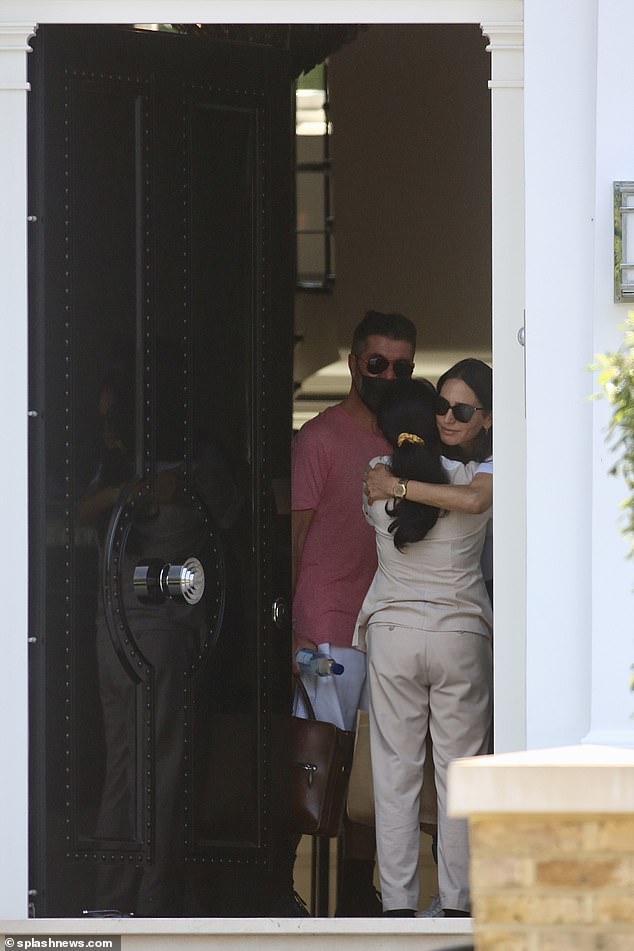 Bon Voyage!: The pair, who share son Eric, seven, were also spotted embracing an unknown lady in their doorway.

‘He feels fitter than ever before and is keeping to a normal routine rather than being on the phone until into the early hours of the morning.’

And Simon has been making the most of his better health and the easing of lockdown restrictions amid the coronavirus pandemic, stepping out with the likes of Amanda Holden, 50, David Walliams, 49, and Alan Carr, 45, earlier this month.

The record company boss enjoyed a fun dinner with his pals and Lauren with snaps of their night shared to Instagram by Amanda.

She penned the post: ‘Fabulous to catch up with these two #outdoor supper’. 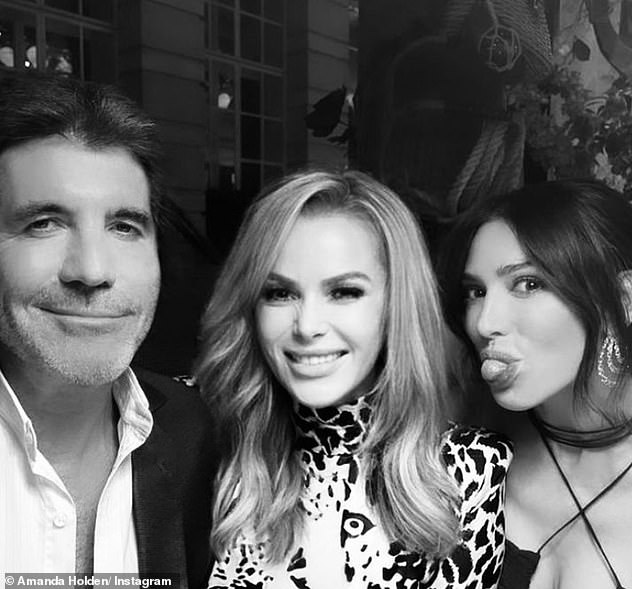 Night out: The music mogul enjoyed a fun dinner with his pals Lauren this month, with snaps of their night shared to Instagram by Amanda Holden, 50