Simon Cowell has hit back at claims he’s had a gastric band after his dramatic 20lbs weight loss.

The judge, who will return for BGT’s The Champions series on Sunday, has overhauled his lifestyle after a health scare in 2017, giving up sugar, fatty foods and drunks.

Simon, 59, joked the ‘hardest part’ is watching his son Eric, five, tuck into a greasy pizza in front of him.

Weight: Simon Cowell has hit back at claims he’s had a gastric band after wowing Britain’s Got Talent viewers with his 20lbs weight loss (pictured Alesha Dixon, Simon, Amanda Holden)

He told Best Magazine: ‘People have said: “Oh, he’s had a gastric band fitted”- but I haven’t. If I had, I would admit to it. This diet is all about what you put into your body.

‘I met this doctor in LA and he told me my diet was appalling and I had to cut out fatty foods and certain drinks.

‘I could see the difference. Cutting out sugar made a massive difference. The first few weeks were difficult, but then I actually stopped craving sugar.

‘I had also found a brilliant gluten-free beer, which helps. The hardest part is when I see Eric eat pizza in front of me. That’s really tough.’ 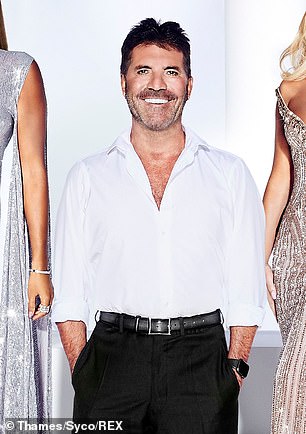 Transformed: The judge, who will return for BGT: The Champions, has overhauled his lifestyle after a health scare in 2017, giving up sugar, fatty foods and drinks (pictured right June 2017)

Comparing his old lifestyle to now, Simon added: ‘I now got to bed way before midnight and get up about 8am. I never eat late.’

Simon previously spoke candidly about changing his lifestyle and diet following his hospitalisation in October 2017 after fainting as a result of low blood pressure.

Speaking to Extra TV in June Simon said: ‘I went to see this guy who’s very well-known. And he said to me, after doing some blood work, ‘You can’t have red meat, dairy, sugar, bread or gluten’.’ 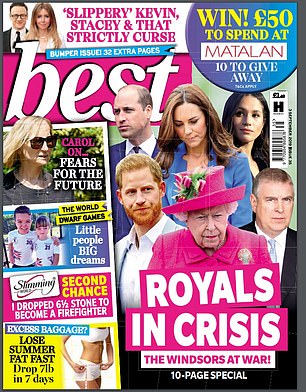 The X Factor boss admitted that his first thought following the advice was ‘”What about alcohol? Maybe not quite as much as you had before”. And I did it and I stuck to it and it’s easy.’

The award-winning music executive has also joked that he and his little boy Eric, five, follow the same vegan diet.

‘Apart from ice-cream, he actually likes water, eats all his raw vegetable. I’m on the Eric Cowell diet,’ the father-of-one pointed out.

Despite having aged 13 years since the series’ inauguration in 2007, David Walliams and Declan Donnelly have pointed out that Simon looks 13 years younger.

David said: ‘Well Simon looks younger now, which is curious. I don’t know how he managed that!’

Dec added: ‘You can tell the ageing process throughout watching the show! We’ve got a lot of dodgy hair and dodgy outfits out there.

Read the full story in Best Magazine- out now. 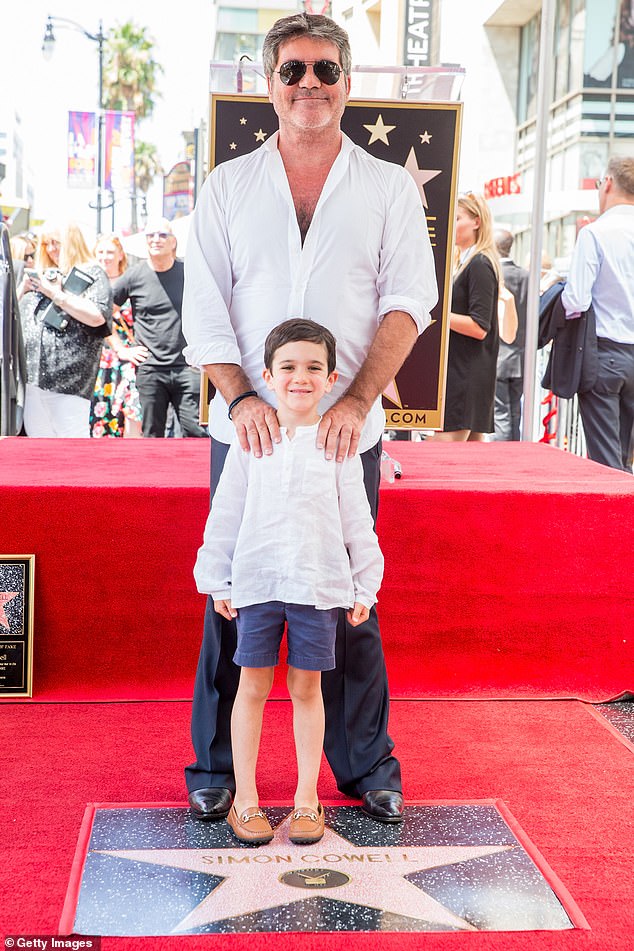 Simon said: ‘I had also found a brilliant gluten-free beer, which helps. The hardest part is when I see Eric eat pizza in front of me. That’s really tough’ (pictured 2018)