A man mowed his lover down with his car while she was being given first aid from a stab wound he had inflicted on her, before he was found hanged in custody.

The body of Simon Mellors, 56, was discovered at Strangeways prison in Manchester last month – four years after he was released from jail for killing another girlfriend.

He was arrested in January after allegedly stabbing Janet Scott, 51, and then mowing her down with his car, having waited for the former NHS worker outside her home. 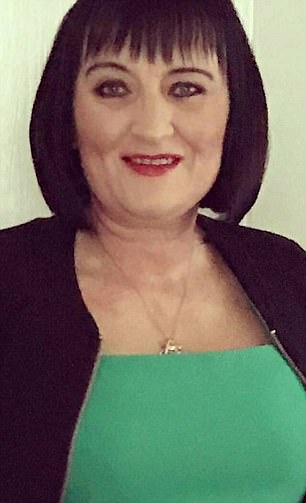 Simon Mellors (left), 56 was arrested in January after allegedly stabbing Janet Scott (right), 51, and then mowing her down with his car, having waited for her outside her home

He also hit community protection officer Fahad Ashfaq as he administered first aid to Mrs Scott, causing him to fly ’15 metres (49ft) through the air’, a court heard.

Mellors, a supermarket worker who had been described as a ‘violent bully’, had already been jailed in 1999 for the murder of his estranged lover Pearl Black, 36.

He was released on licence in 2014 despite her family warning he would kill again. He appeared at Nottingham Magistrates’ Court on February 1 but entered no pleas.

In front of Judge Gregory Dickinson QC at the city’s crown court today, the case of Mellors, of North Sherwood, Nottingham, was closed after his death on February 25.

The judge said: ‘I know from dozens of cases over the years where the defendant dies before criminal proceedings take their proper course, bereaved relatives and friends can feel cheated of justice. That may well be the case here.

‘Had Simon Mellors been convicted of murder then he could have been liable to a whole life sentence, imprisonment for life without any early release.

‘He had previously been convicted of murder and this was a dreadfully serious incident where he clearly first stabbed Janet Scott in her own home in Arnold then drove her by car to central Nottingham where she sought to flee from him.

‘He drove over her, causing the most terrible injuries. There can be no doubt Mr Mellors was the culprit, he had to be cut from the car, he was the only occupant of it. 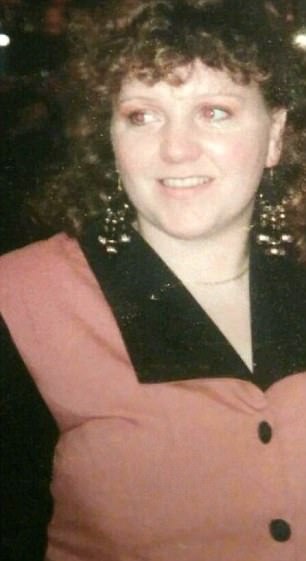 Mellors also hit a community protection officer as he gave first aid to Mrs Scott (left). He had already been jailed in 1999 for the murder of his estranged lover Pearl Black (right), 36

‘Simon Mellors had been released from prison on life licence in 2014 as he was convicted of murder in 1999, murder of his partner.

‘In 2017 he began a relationship with Janet Scott and it is clear from the limited information I have Mrs Scott was aware of Mellor’s previous conviction and had some contact with his parole officer.

‘It may well be that that was one aspect which will feature in particular in the inquest but it is a matter, I take it, that is receiving very careful attention.

‘The focus of this case has been Janet Scott, who was first stabbed in her own home then deliberately driven (over) on the street by Simon Mellors.

‘It is right to have this opportunity to commend Fahad Ashfaq, he was on traffic duty at work, in uniform, doing his job.

‘He was confronted with a very unusual and very dangerous situation and Mrs Scott approached him to tell him she had been stabbed and had seen her top soaked with blood.

‘Mr Mellors was just getting into a car – he took a photograph of Mr Mellors in the car, radioed for assistance and began to administer first aid to Mrs Scott who was slumped on the pavement against a wall, at which Mr Mellors drove his car, obviously his target was Janet Scott but Mr Ashfaq himself suffered significant injuries.

‘This was a man not just doing his job but showed considerable presence of mind and indeed bravery to assist Mrs Scott and raise the alarm. I am going to recommend Mr Ashfaq before a High Sheriff’s Commendation and award.’ Gregor Purcell, prosecuting, said: ‘A certificate of death has been uploaded to the system.

‘You will see from that he took his own life whilst on remand at Strangeways in Manchester – he was remanded in this court for murder, attempted murder and inflicting grievous bodily harm.

‘It related to the incident on January 29 of this year, the defendant having been remanded, arrested at the scene trapped within a vehicle, was following his treatment detained and then placed in remand and took his own life on February 25.

‘Some of the facts were in the public domain and were mentioned in court on the last occasion. There are no members of the family present, they have been informed – Mrs Scott had a grown son and daughter.

‘They have been appraised, they know the situation and are not in court today, having been informed this was the likely course.

‘It is right to say there was supervision and Mrs Scott did know of the previous conviction of Mr Mellors. Beyond that, I won’t say more at this point.

‘The detail of (Fahad Ashfaq’s) involvement came about 10.15am on January 29, he became aware of Mrs Scott – he saw her coming across the road towards him in a distressed state.

‘He offered her assistance and support, she was clearly distraught, she told him she had been stabbed and pointed to Simon Mellors who was across the car park in a Volkswagen vehicle. He tried to get assistance and called for help. 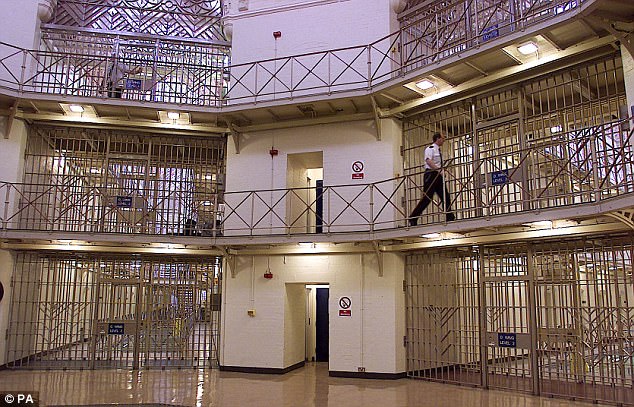 ‘Mrs Scott told him she had been stabbed – in the course of trying to offer assistance he used a first aid kit that had been provided. She was stabbed in the chest area and blood soaked through the back of her T-shirt.

‘He was in the process of assisting her sat on the pavement when Mr Mellors drove the car into the pair. Mr Ashfaq was thrown some 15 metres through the air before landing unconscious.

‘He was given assistance quickly, he had significant injuries, not least a fracture to his ankle and other bruising and the like. He has been released from hospital, he spent a week or so in hospital recuperating.’

Mrs Scott, a mother of six, is understood to have met Mellors last spring, at around the time she became estranged from her fourth husband, Chris Scott, 51.

But by Christmas she had left Mellors and was soon reconciled with Mr Scott, who moved in with her in Arnold, Nottingham.

‘All-controlling’ Mellors was accused of stabbing her at her home on January 29, before persuading her to get into his car.

But as they neared his flat in Nottingham, she saw CPO Ashfaq and leapt out of the vehicle as it slowed in traffic. As she approached the officer for help, Mellors drove his car at them, killing Mrs Scott and injuring the CPO.

Mellors was charged with murder, attempted murder and a third count of maliciously wounding Mrs Scott, who had recently taken a job at Lidl.

He had previously bludgeoned Miss Black with an iron bar before strangling her at her home in Bramcote, Nottingham, as her two children – one of whom was his – slept nearby.

The next morning he took the handle off the bedroom door so they couldn’t get in, took them to school, and tried to kill himself with beer and slug pellets, but was found and arrested.

He was given a 14-year minimum sentence before being considered for release, which was cut to 12 years on appeal.

The jury at that trial heard that Mellors had been depressed and was not normally violent.

But more than a decade before he murdered Miss Black he was described as a ‘violent bully’ after threatening to kill a lover.