Liverpool’s out-of-favour goalkeeper Simon Mignolet is putting speculation about his future to one side so it does not interfere with their Champions League final build-up.

The Belgium international has not featured since the end of January after losing his first-team place to Loris Karius and it is possible the 30-year-old could move on this summer.

But Mignolet will not entertain any discussions about his future ahead of Saturday’s clash with Real Madrid in Kiev as he does not want to disturb the feeling of togetherness in the dressing room.

‘No individual is bigger than the team, especially when you have the final of the Champions League to play,’ he said. ‘Even more so you have to play the part the club, the players and supporters need because in the end if you play for a trophy like that any individual is not important.’

Asked whether this could be his last outing in a Liverpool squad, Mignolet added: ‘That’s not really something I am thinking of. I have three years of a contract.

‘There will be a lot of speculation about my name because I am not playing but I am not really thinking about it.’

Though he may be on the sidelines now, it was Mignolet who helped get Liverpool’s Champions League campaign up and running. 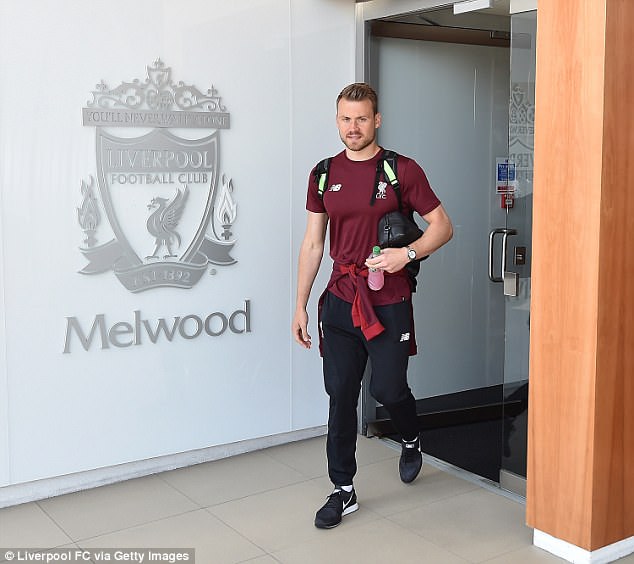 He saved Andrej Kramaric’s penalty with the score at 0-0 early in the first leg of their qualifier in Hoffenheim back in August.

That seems a long time ago now but despite the Belgian not being involved in the team he remains positive.

‘I try to be as part of it as much as I can,’ he added. ‘There are times when there are frustrating moments because of what has been before, not only that game against Hoffenheim away but also here at home and the whole campaign (last season) before to get into the Champions League.

‘We had to work really hard for that, just as this year, until the last game of the season to grab fourth spot. 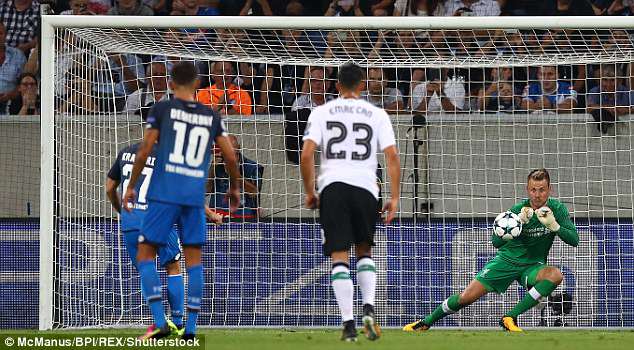 ‘We still had to play a qualifier to get into it and then you know what you have done.

‘Because you have such a good dressing room everyone feels together and there is a real togetherness in the squad which helps a lot.’

Liverpool have received a boost ahead of Saturday’s final after extending their shirt sponsorship deal with Standard Chartered.

The bank, whose name first appeared on the famous red shirts in 2010, has signed up for another four years making it the second-longest deal in the club’s history.

Midfielder Emre Can has been included in the 24-man squad which travelled to Kiev. 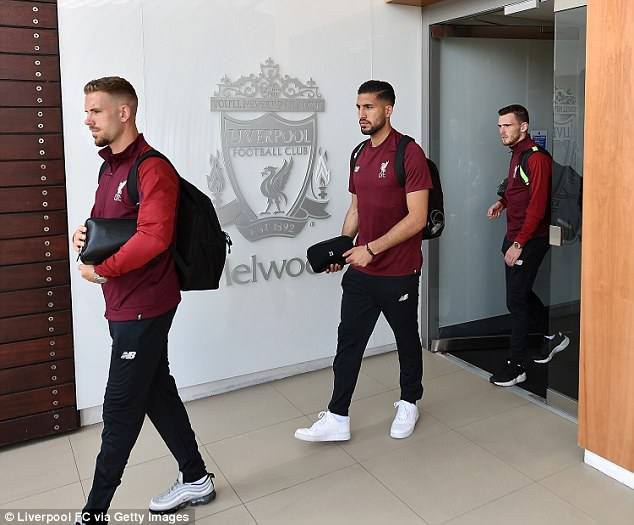 It could be the last time the Germany international, who has regained full fitness having been sidelined with a back injury since late March, features for the club as his contract expires next month and he has so far turned down all offers of an extension.

The Reds trained at Melwood on Thursday ahead of their scheduled afternoon flight to Ukraine from Liverpool John Lennon Airport.

They will hold an hour-long, open training session in the NSC Olimpiyskiy Stadium, on Friday evening after manager Jurgen Klopp and two players have undertaken pre-match press conference duties.