TV presenter Simon Thomas will front live football tonight for the first time since the tragic death of his wife three years ago, emotionally revealing he has found ‘life and joy again’.

This evening will mark 47-year-old Thomas’ return to our screens to present live sport for the first time since the end of 2017 when he lost his wife Gemma four days after she was diagnosed with acute myeloid leukaemia.

The former Sky Sports and Blue Peter presenter will present Amazon Prime Video’s coverage of Crystal Palace vs Newcastle from Selhurst Park in the Premier League and posted a heartfelt message on his Instagram describing his feelings ahead of his return. 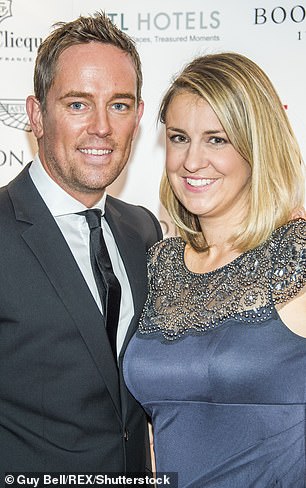 His social media post read: ‘So tomorrow is, for many reasons, a big day. It’s been three years since I last did the job I had loved for so long; but three years ago it ended in the worst way possible.

‘The memories of that final game at Old Trafford have faded a bit in time; but they’re still there and when I really think about that day I realise that day marked the moment I had broken down. For a long time I never wanted to go back. It would be too painful, too unsettling, too fearfilled.

‘Why the hell did football matter anymore when you’ve just had a breakdown and amidst all that Gemma suddenly dies.

‘None of it mattered anymore and more than anything the life of my boy did, which is why I gave my career up and devoted the next three years of my life to him.’

The Norfolk-born father-of-one, 47, who has been raising son Ethan, 11, after losing Gemma, also paid tribute to his son and girlfriend Derrina Jebb, a church minister’s daughter.

‘But life now is different,’ he continued. ‘The past has been incredibly painful, but I’ve found life and joy again. 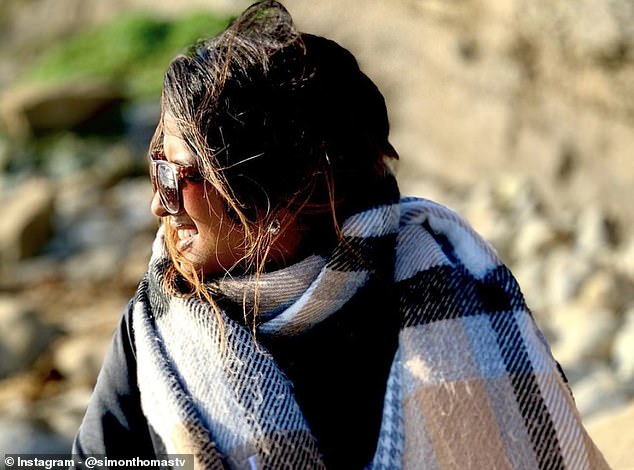 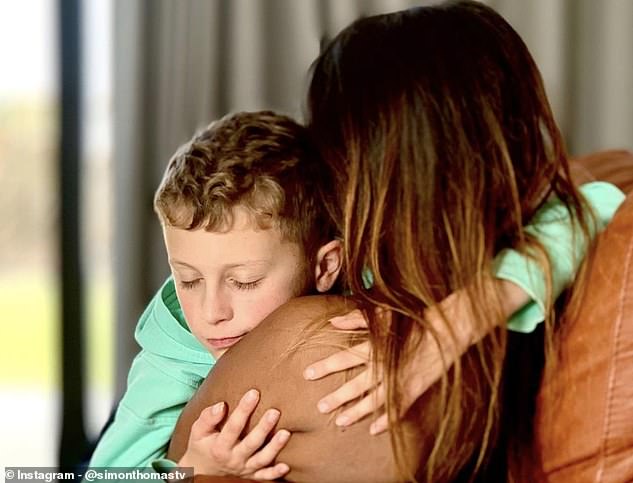 Last month, Thomas posted this photo of Jebb with his son Ethan, 11, saying he ‘loves the bond these two have’

‘For too long the clanging cymbal of doubt in my head said no – you can never do what you did before. You’ll mess up; you’ll end up sobbing in a toilet near to the studio.

‘But now that cymbal has stilled, and tomorrow I will present Crystal Palace v Newcastle for Prime Video Sport. Derrina and Ethan – I hope one day you know how much you’ve helped me get to this day.’

Thomas has previously thanked Jebb for ‘picking him up when he was in pieces’, saying he would ‘love her forever’ and praised her special bond with his son.

The 47-year-old, who has described himself as a ‘man of faith’, reportedly met Jebb through his church.

Simon’s late wife Gemma tragically died in November 2017, a year after she was sent home for bed rest by her GP after visiting three times with flu-like symptoms. 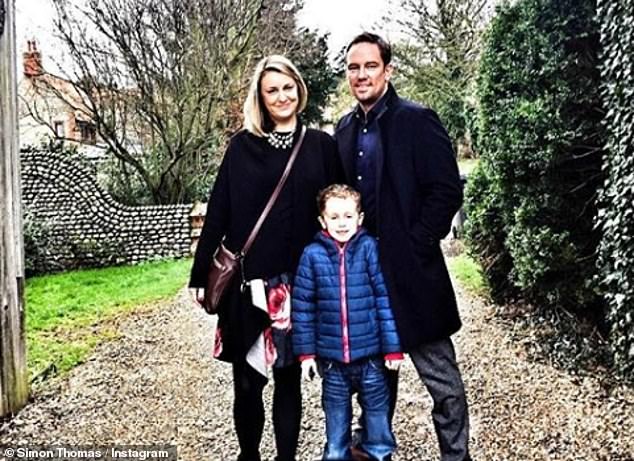 Thomas has credited his girlfriend with getting him through the death of his late wife, who is pictured with son Ethan

Thomas has been open about his mourning, sharing his grief with his 94,000 Instagram following, who have in turn shown their support for the widower.

A number of people replied to Thomas’ post wishing him the best of luck ahead of this evening, including former Sky Sports colleagues Ed Chamberlin, David Jones and Kirsty Gallacher.

Chamberlin said: ‘Will be so good to see you back!’, while Gallacher insisted: ‘Fabulous! You’ll smash it as ever Si’ and Jones tweeted: ‘Good luck mate, will be great to see you back in action.’ 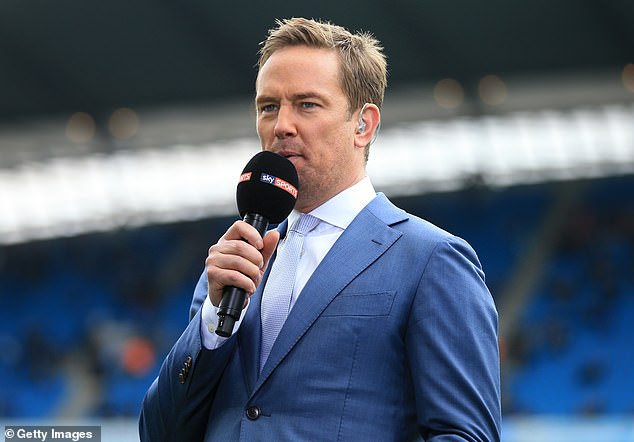 On Friday morning, Thomas replied to all the messages he’d received by tweeting: ‘Thanks so much for so many kind and encouraging messages since yesterday. It means a lot.’