Simona Halep won nine games in a row to breeze past Karolina Pliskova and set up a mouthwatering Australian Open semi-final against former champion Angelique Kerber.

World No 1 Halep has had a rollercoaster ride in Melbourne, suffering an ankle injury in the first round and then surviving three match points before beating Lauren Davis 15-13 in the deciding set.

But since then Halep has barely put a foot wrong and, after being overpowered by sixth seed Pliskova in the first three games, she turned the tables to claim a 6-3 6-2 victory. 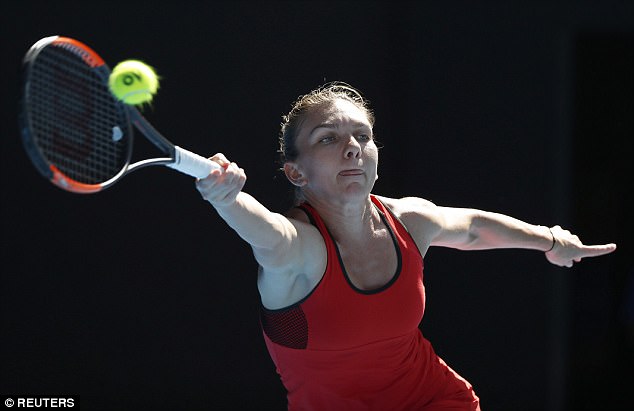 It was a match of styles between the big-hitting of Pliskova and Halep’s supreme athleticism and court craft, and from 3-0 down the match began to swing decisively in the top seed’s favour.

Despite standing only 5ft 6in tall compared to Pliskova’s 6ft 1in, Halep hit only one fewer winner and the Czech’s 28 unforced errors compared to just 10 for her opponent sealed her fate.

This is Halep’s best run in Melbourne, and the 26-year-old said: ‘It’s really nice to be in the semis. I’ve been in the semis of juniors in 2008.

‘For sure it wasn’t my best start but I just knew I have to restart to stop missing and moving better, which I did pretty well. Then I started to open the court and play my style. I served well so everything went pretty well for me.’ 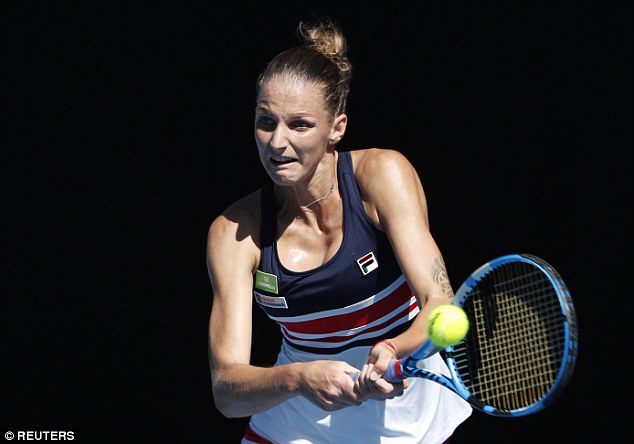