‘I didn’t know how to handle it… but now I’m good’: Simona Halep admits to suffering a panic attack during shock French Open exit – as Tim Henman praises former world No 1 for speaking so candidly about it

Romanian Halep, the 19th seed, was leading her teenage opponent from China when she called for the doctor. 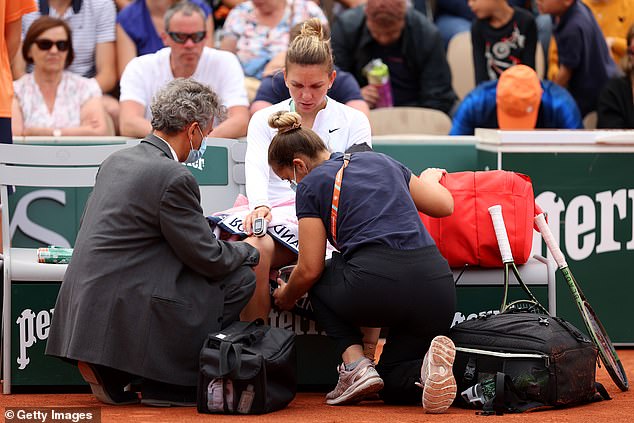 ‘I didn’t know how to handle it, because I don’t have it often. Yeah, I don’t really know why it happened, because I was leading the match. I was playing well.

‘But it just happened and I lost it. I couldn’t focus. After the match it was pretty tough. But now I’m good. I’m recovered and I will learn from this episode.

‘It was nothing like dangerous, in my opinion, but it happened. So it’s good that now I can smile.’ 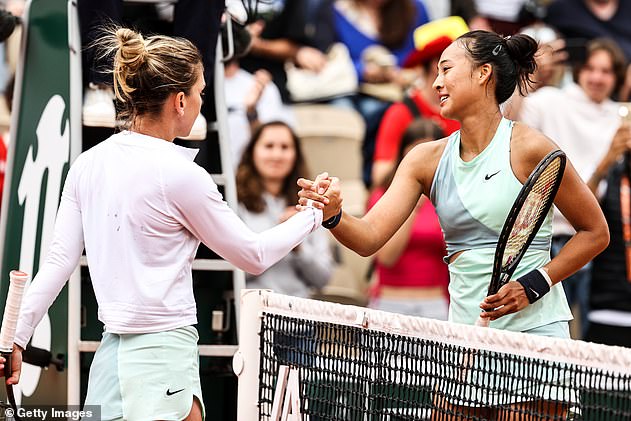 He said: ‘I think it is so brave and so honest for Simona to come in and talk about what happened to her, because I feel that can really have a positive impact on others that if they are struggling with a mental health issue that they have the bravery to speak about it and go and get help.

‘Simona has been around for many years, she has won big titles, so it just goes to show that it can happen to anyone.

‘I thought it was amazing, really classy, after a really difficult defeat under difficult circumstances, to come out and speak.’