Looking at rivers and other ‘blue spaces’ can work to boost your body image by ‘restoring psychological resources,’ according to a new study.

Getting out into nature with a walk along a riverbank, or stroll through a forest can have psychological benefits, but a new study by Anglia Ruskin University in Cambridge explored whether looking at photos of those scenes would do the job.

Professor Viren Swami had 168 volunteers look at high-resolution images of either green spaces like forests, blue spaces such as rivers orgrey spaces like buildings.

They found that looking at images of blue spaces, including rivers, seas and lakes, had the biggest impact on positive body image out of the three groups.

This could be down to the fact natural scenes help distract the brain from negative thoughts, the team explained, adding it could lead to low-cost programmes to help promote healthier body images for people living in built-up areas like cities.

Looking at rivers and other ‘blue spaces’ can work to boost your body image by ‘restoring psychological resources,’ according to a new study. Stock image 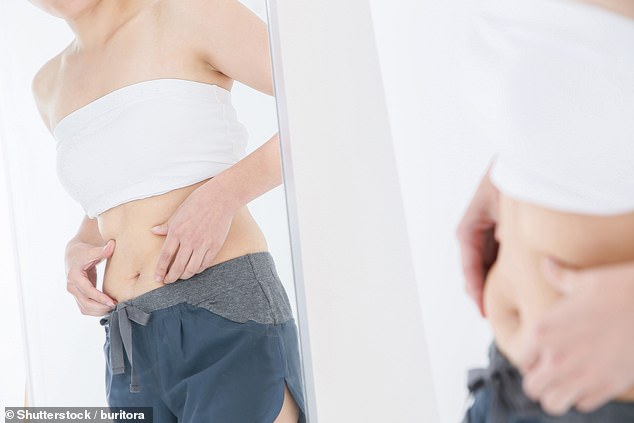 Looking at images of blue spaces, including rivers, seas and lakes, had the biggest impact on positive body image out of the three groups (stock image)

Living in a greener neighbourhood reduces the risk of developing cardiovascular disease by 16 per cent, study shows

You might be able to cut your risk of developing cardiovascular disease (CVD) by moving to a greener area, a new study suggests.

As well as this, planting more vegetation in a locality was associated with reductions in CVD risk over time.

The experts think ‘greenness’ is not only conducive to cleaner air being breathed in, but makes people less stressed and therefore less prone to developing CVD.

Cardiovascular diseases are the number one cause of death globally, taking an estimated 17.9 million lives each year.

Volunteers completed a survey before and after viewing the images to measure their body appreciation, including the statement ‘Right now, I respect my body.’

There was no benefit to body image among the group viewing buildings, with some benefit from green spaces, but the most improvement from blue spaces.

The group viewing images of green spaces saw their average body appreciation score go from 3.37 out of 5 before viewing the images, to 3.66 out of 5 afterwards.

The group viewing the images of blue landscapes, featuring coastal scenes and rivers, saw their average score increase from 3.35 out of 5 to 3.98 out of 5.

For the group viewing images of the built environment, body appreciation scores fell from 3.16 to 3.10, suggesting grey spaces have a negative affect on body image.

The impact of nature on body image is believed to be because natural environments – whether accessed in real life or simulated, as in this new study – have the capacity to restore psychological resources.

They are a source of ‘soft fascination’, holding attention without effort, helping to restrict negative appearance-related thoughts.

Professor Swami said it is well known that exposure to nature brings benefits for psychological wellbeing, including healthier body image.

However, not everyone has access to nature, as highlighted during the coronavirus lockdown, so they wanted to see if images would suffice to boost body image.

‘Our study shows it may be possible to develop low-cost intervention programmes by using images of the natural world,’ he explained.

He said these sort of programmes could be designed to promote a healthier body image across diverse populations and groups.

This could include those with limited access to real nature, perhaps due to health reasons or no being able to easily find an area with lots of green or blue space. 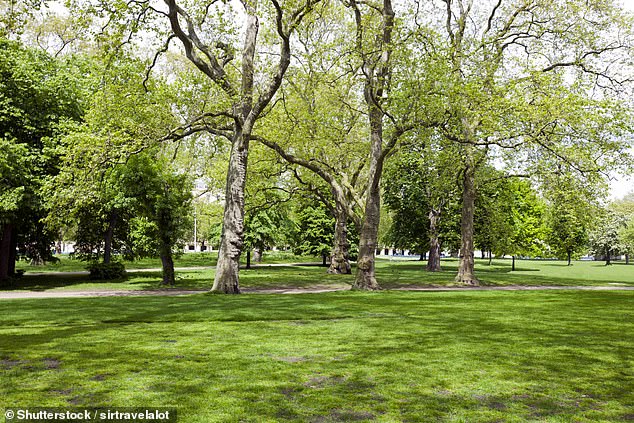 Professor Viren Swami had 168 volunteers look at high-resolution images of either green spaces like forests, blue spaces such as rivers and grey spaces like buildings. Stock image

‘Future work will investigate whether there are specific elements of nature that bring the most benefit across wider groups of people.’

The findings are due to be published in the journal Body Image and presented for the first time at British Science Festival in Chelmsford.

WHAT IS BODY DYSMORPHIC DISORDER?

Body dysmorphic disorder (BDD), or body dysmorphia, is a mental health condition where a person spends a lot of time worrying about flaws in their appearance. These flaws are often unnoticeable to others.

People of any age can have BDD, but it is most common in teenagers and young adults. It affects both men and women.

Having BDD does not mean you are vain or self-obsessed. It can be very upsetting and have a big impact on your life.

BDD can seriously affect your daily life, including your work, social life and relationships. BDD can also lead to depression, self-harm and even thoughts of suicide.

You should visit your GP if you think you might have BDD.

If you have relatively mild symptoms of BDD you should be referred for a type of talking therapy called cognitive behavioural therapy (CBT), which you have either on your own or in a group

If you have more severe symptoms of BDD, or other treatments don’t work, you should be offered CBT together with an SSRI.