Sinead O’Connor’s son has been located ‘safe and well’ three days after going missing from their Dublin home.

After the 14-year-old boy went missing, the singer launched an appeal to find him and Gardaí Police asked for the public’s assistance to trace Shane O’Connor.

The Irish performer then wrote on Twitter that he ‘has been located safe and well’.

The 52-year-old singer, who recently converted to Islam and changed her name to Shuhada’ Davitt, took to Twitter to ask for help in tracking down her son Shane O’Connor, who was allegedly last seen at about 5.15pm on Friday 18 January in Woodpark, Dublin.

‘My sweet 14 yr old son has been going missing a lot and is currently missing for the last two days. If you are a parent in whose house he has been staying or is staying, please call Dundrum Gardai.’ 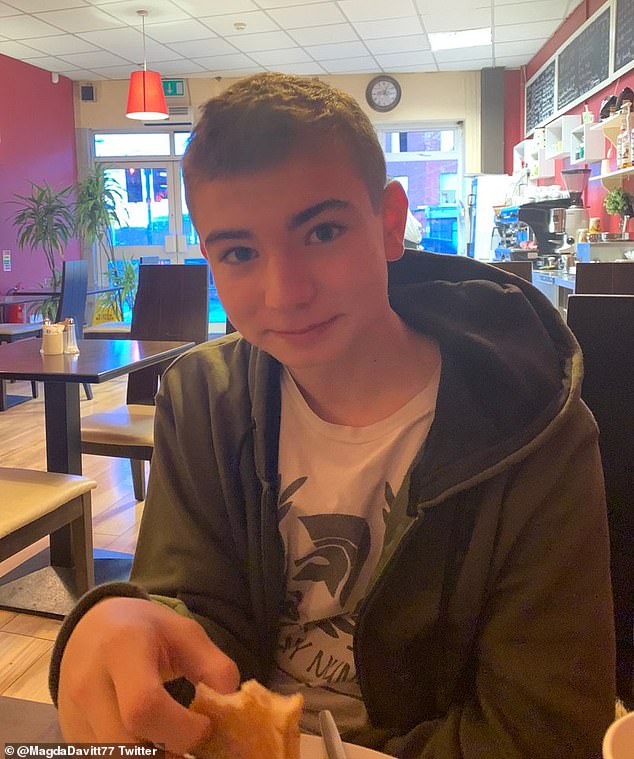 Shane O’Connor was allegedly last seen at about 5.15pm on Friday 18 January in the area of Woodpark, Dublin. At the time, he was wearing a black hoodie, black Adidas bottoms with white stripes and white runners 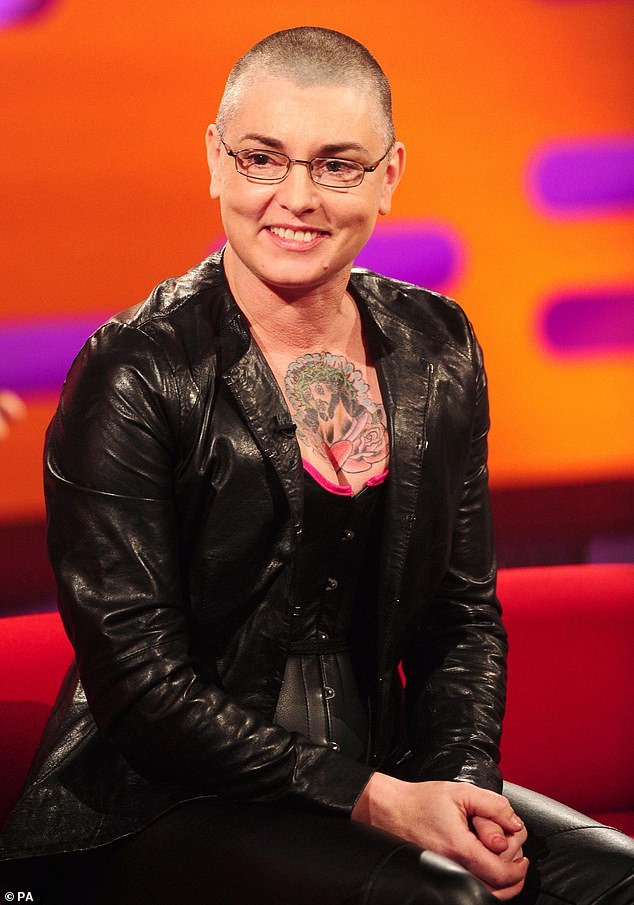 The Irish performer, known for her song ‘Nothing Compares 2U’, launched an appeal on Twitter to find her son Shane O’Connor, 14, whom she claims has been missing since Friday

Sinead O’Connor took to Twitter to ask for help, claiming her 14-year-old soon has been missing since Friday

‘Not calling them is not helping him,’ she wrote on Twitter.

The appeal was retweeted by Sinead’s fans who offered their support and prayers, Mirror Online reported.

Gardai Police launched an appeal asking for the public’s assistance to trace the boy.

Anyone with information was asked to contact Dundrum Garda Station on 01-6665600, The Garda Confidential Line 1800 666 111 or any other Garda Station.

The teenager is described as 5’11″ in height, of slim build and with dark hair, The Journal reported.

When he was last seen, Shane was wearing a black hoodie, black Adidas bottoms with white stripes and white runners.

After Sinead posted her first appeal, one user wrote: ‘Inshah Allah your son is fine and will be back soon. No worries. Prayer works better and it causes less wrinkles.’

In her latest tweet, the singer, famous for her song ‘Nothing Compares 2U’, wrote: ‘Shane O’Connor, you cheeky little monkey. You’re too young to be on my page! It’s for over 18s. 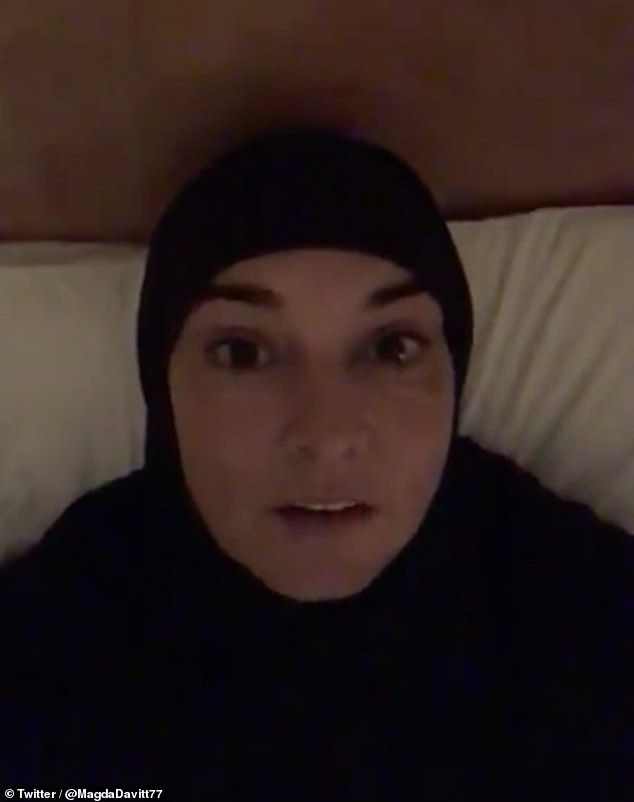 Before converting to Islam, Sinead was Catholic and in 1999 she surprised her fans by declaring she had become a priest 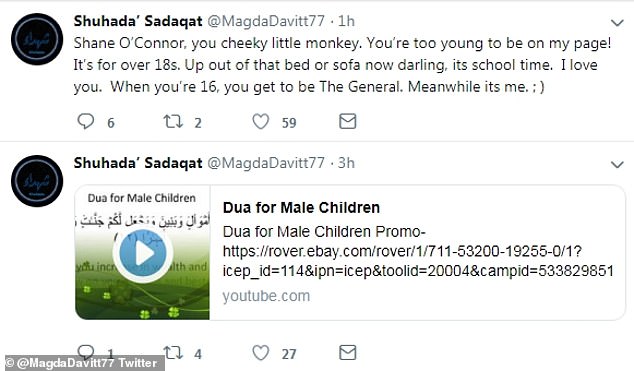 The singer then posted a ‘dua’, a Muslim prayer, for male children, as well as a message seemingly directed at her teenage son

O’Connor, now known as Shuhada Davitt, updated her followers on Sunday saying her son had been seen in Wicklow Town 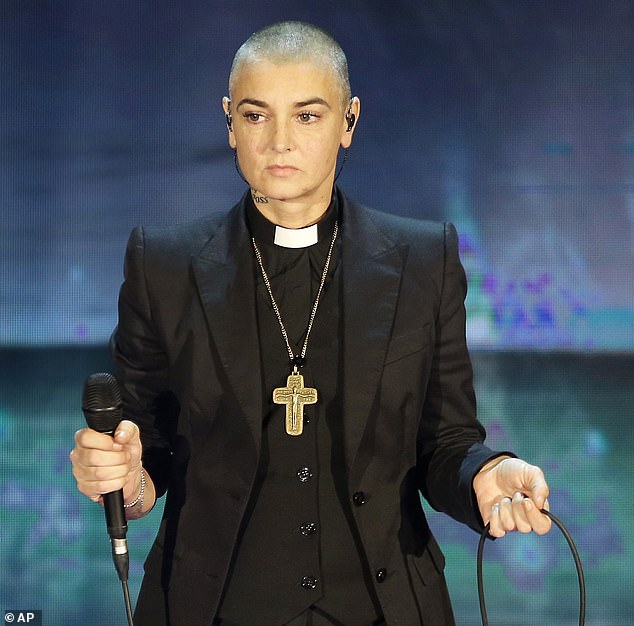 Last October, the singer announced she changed her name to Shuhada’ Davitt following her conversion to Islam

Sinead, who has been married four times, has four children in total.

Last October, the singer announced she changed her name to Shuhada’ Davitt following her conversion to Islam.

She wrote on Twitter: ‘This is to announce that I am proud to have become a Muslim.

‘This is the natural conclusion of any intelligent theologian’s journey.

‘All scripture study leads to Islam.

‘Which makes all other scriptures redundant.

‘I will be given (another) new name. It will be Shuhada.’