Singapore Changi Airport has been named as the world’s best airport for the eighth year in a row.

The Asian hub has scooped the top gong at the 2020 Skytrax World Airport Awards, with Tokyo’s Haneda International coming second.

London Heathrow comes 12th in the list overall, slipping from eighth last year – but is named the best airport in the world for shopping. The highest-ranking U.S airport is George Bush Intercontinental Airport in Houston, which takes 31st place.

Singapore Changi Airport, pictured, has been named the best airport in the world for the eighth year running

The annual awards had been due to take place on April 1 in Paris but a ‘virtual awards ceremony’ took place on Sunday instead, which was streamed live on YouTube.

The awards are based on the world’s largest airport customer satisfaction survey, with 13.5million nominations from passengers and 550 airports across the globe assessed.

As well as scooping the overall best airport gong, Changi is also named as the best airport for leisure amenities.

Last year Jewel, a spectacular £951million development that houses the world’s biggest indoor waterfall and a forest, opened at Changi. 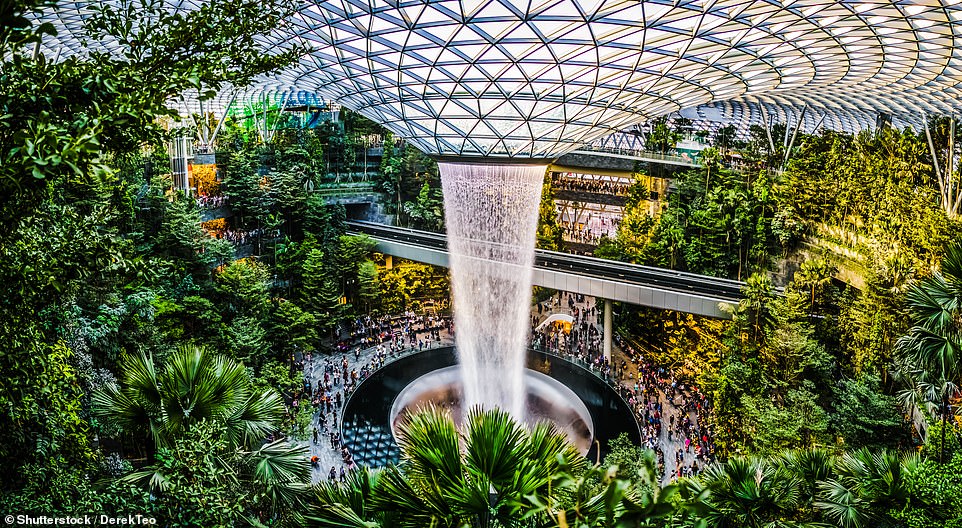 The airport also has the tallest airport slide in the world, a free 24-hour cinema, a rooftop swimming pool and a butterfly park.

Edward Plaisted, CEO of Skytrax, said: ‘For Singapore Changi Airport to be voted the world’s best airport title for eight consecutive years is a truly remarkable achievement and demonstrates a simply fantastic level of consistency.

‘Singapore Changi Airport remains a very popular choice with customers and delights at nearly all points in the airport journey, and it is this attention to detail that proves so popular. 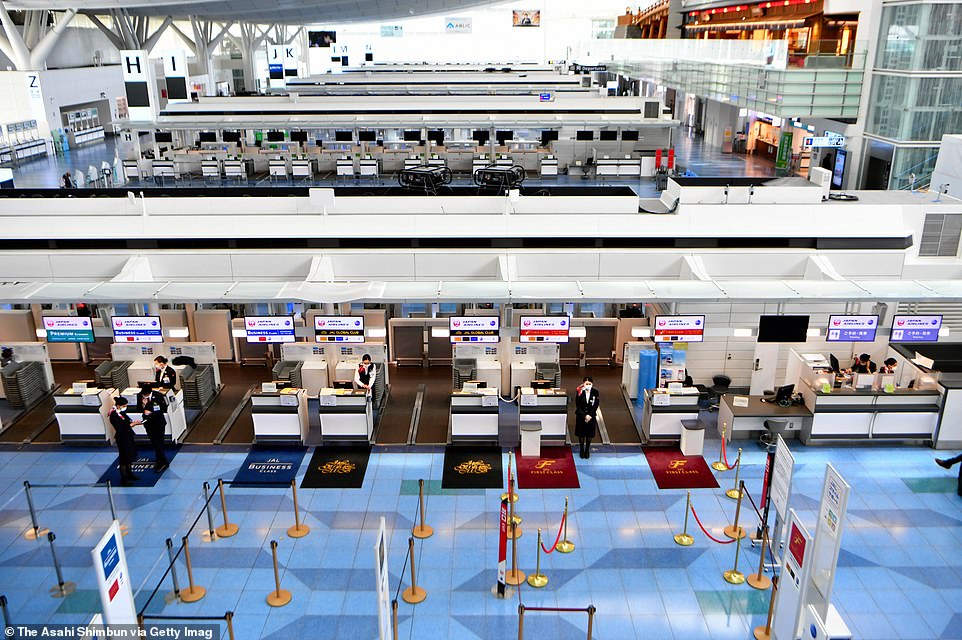 The second best airport in the world is named as Tokyo’s Haneda Airport, pictured. It has also been named as the cleanest and best for passengers with restricted mobility 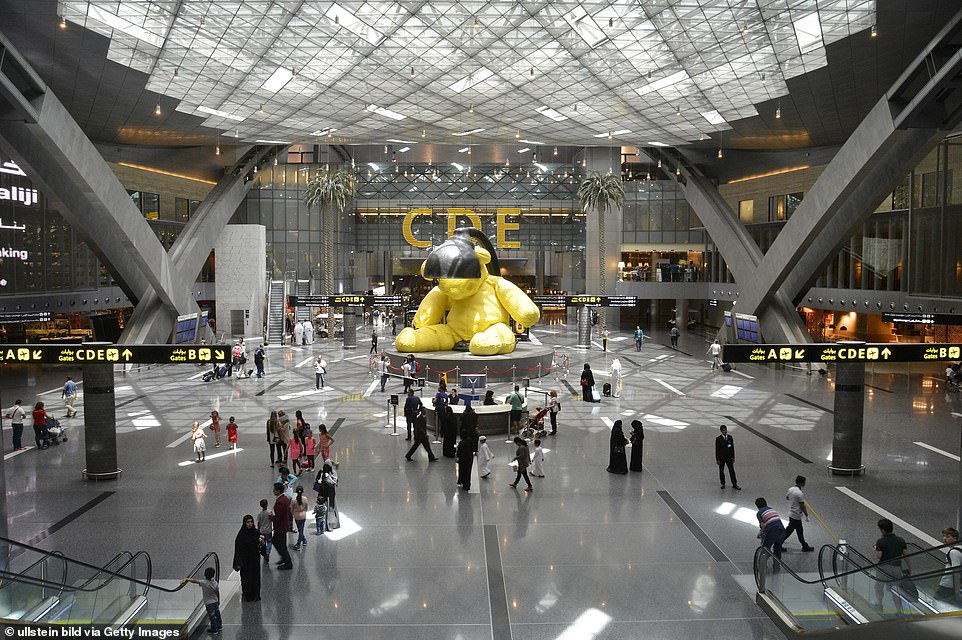 Hamad International in Doha, pictured, is named as the third-best airport overall in the Skytrax awards

‘This year also marks the first time that customers have been able to recognise Jewel Changi Airport, a multi-dimensional destination filled with inspiring attractions, unique retail and dining concepts.’

Coming third in the best airports ranking is Hamad International in Doha followed by Seoul Incheon, with Munich International rounding out the top five.

The top-rated Australian airport is Melbourne in 17th place.

The best regional airport is named as Chubu Centrair International, while the best domestic airport is Tokyo Haneda. 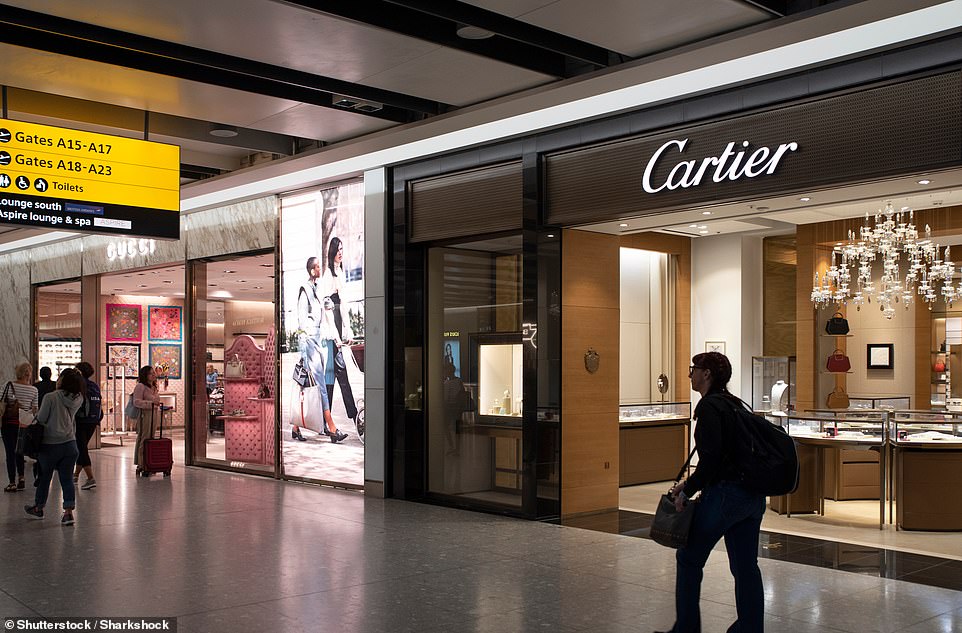 London Heathrow slipped down the rankings from eighth to 12th this year. However, it is named as the best airport for shopping 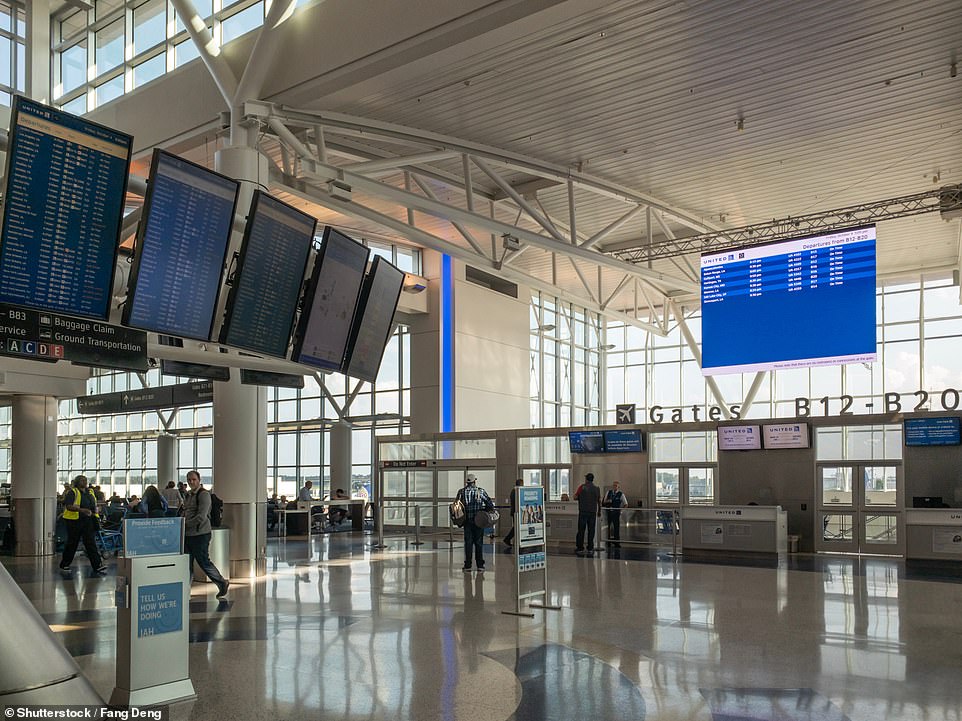 No airport in the United States makes the top 30. The highest-ranking hub there is George Bush Intercontinental in Houston, pictured, in 31st place

Haneda is also ranked the best for those with restricted mobility and for being the cleanest airport.

The best airport for transit is Seoul’s Incheon Airport, which also scoops the award for best terminal – T2.

The best low-cost terminal is Paris Charles de Gaulle and the best for baggage reclaim and for having the best staff is Kansai International Airport in Japan’s Osaka Bay.

The word’s best airport hotel is the Crowne Plaza at Changi Airport with the Sofitel at Heathrow ranking fifth.

The best dining experience can be found at Hong Kong International, which also comes top for its immigration facilities.

Zurich is deemed to have the best security process, while Houston Airport Systems in the US wins the award for the best website.

The world’s best airports for dining