Boasting the world’s tallest airport slide, a free 24-hour cinema, rooftop swimming pool and butterfly park, Singapore’s Changi has been named the best airport in the world for the sixth consecutive year.

It is the ninth time Changi has claimed the top gong at Skytrax’s World Airport Awards, thanks to the enthralling amenities on offer in its four terminals.

South Korea’s Incheon International Airport and Tokyo Haneda rounded out the top three, while London Heathrow cracked the top 10, rising up one place to number eight. And its T2 terminal was named the best in the world, along with its shopping facilities. The highest ranking airport in America was Denver – at 29th.

The annual awards are based on the world’s largest airport customer satisfaction survey, with almost 14 million nominations from passengers.

Changi, which also won best airport hotel with its 563-room Crowne Plaza, has an array of activities – from a cactus garden to high-end shops and hawker food – making many of the world’s airports look dull in comparison.

Not resting on its laurels, it is currently building a massive 10-storey glass and steel terminal that will boast the world’s tallest indoor waterfall and a huge park when it opens in 2019. 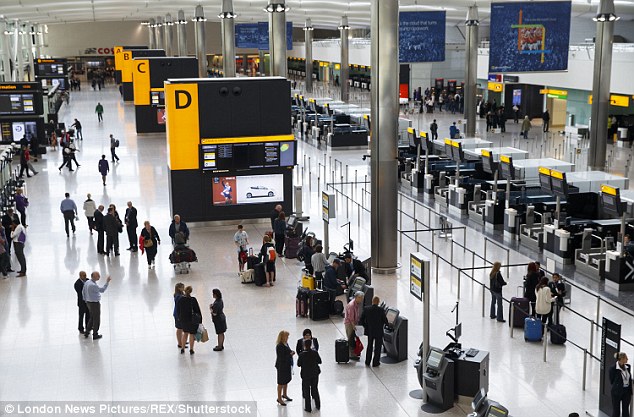 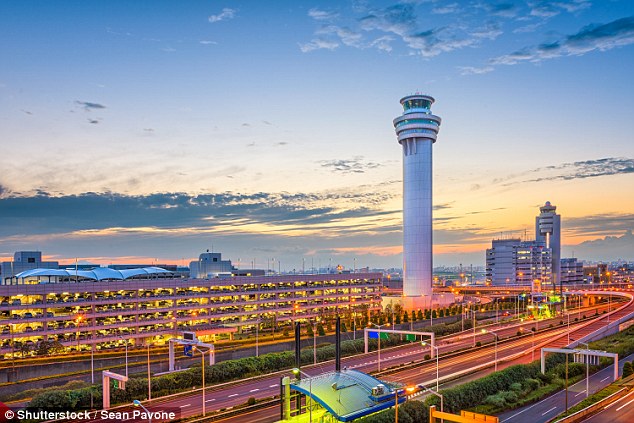 Tokyo Haneda has been named as the world’s cleanest airport

Skytrax announced its top 100 and individual awardees of the World Airport Awards in Stockholm on Wednesday.

The 2018 Awards were based on 13.73 million airport survey questionnaires completed by customers during August 2017 to February 2018.

The surveys, covering 550 airports worldwide, evaluated traveller experiences at the commuter hubs, with rankings given for check-in, arrivals, transfers, shopping and security and immigration through to departure at the gate.

‘It is a significant achievement for Changi Airport and spurs us to continue to deliver the best passenger experience for all who travel through Changi Airport.

‘We are most grateful to the 50,000-strong airport community for their steadfast support through the years as we continue to upgrade the airport’s infrastructure.

‘Their unwavering commitment and passion for service excellence are what underpins Changi Airport’s success. 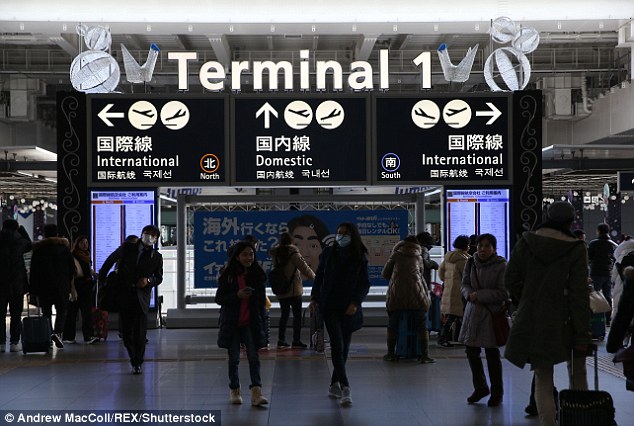 Awards were also given for the best airport baggage delivery system, with Kansai taking home the prize 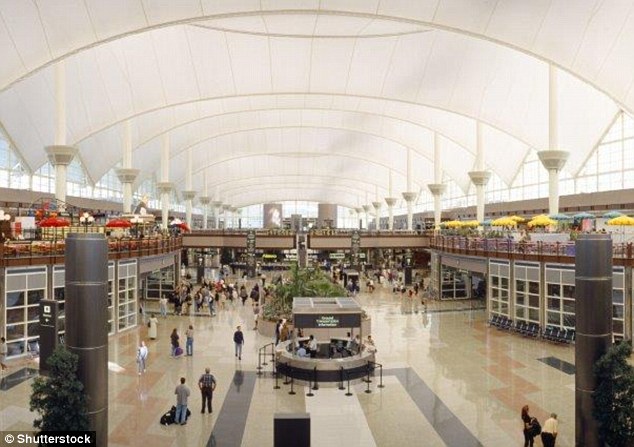 ‘As we anticipate the opening of Jewel Changi Airport next year, we will continue to work closely with our partners to deliver the best of experiences to our passengers. We thank our passengers and partners alike for their continued support and confidence in us.’

Elsewhere on the list, Hong Kong was named the fourth best airport and Doha Hamad was fifth.

Christchurch, meanwhile, was named the best airport in the Australia/Pacific region and Hamburg won best regional airport in Europe. 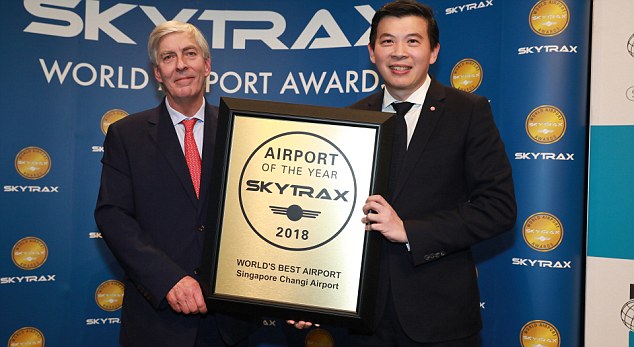 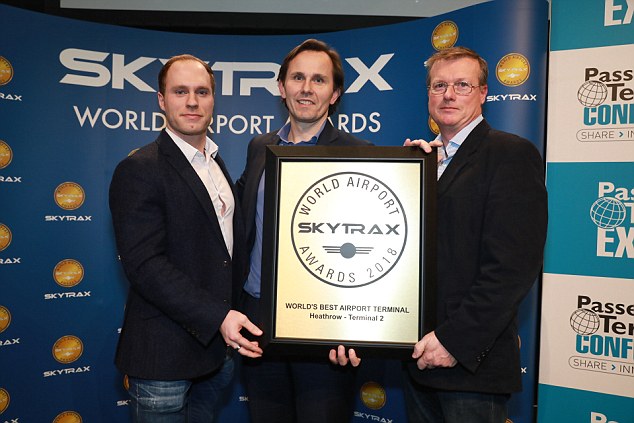 On the cleanliness front, Tokyo Haneda was deemed the most spotless airport in the world, followed by Japan’s other main hub, Centrair Nagoya, and South Korea’s Incheon.

Awards were also given for the best airport baggage delivery system, with Kansai taking home the prize and Hong Kong claimed the gong for having the best dining experience.

Skytrax announced its top 100 and individual award winners in Stockholm on Wednesday.

The 2018 Awards were based on 13.73 million airport survey questionnaires completed by customers during August 2017 to February 2018.

The surveys, covering 550 airports worldwide, evaluated traveller experiences at the commuter hubs, with rankings given for check-in, arrivals, transfers, shopping, security and immigration and departure gates.

It said the survey and awards process is independent and free of any airport influence or interference in the final results.