Singapore’s Changi has been named as the world’s best airport for the seventh year in a row.

It is the 10th time in 20 years that the hub has scooped the top gong at the Skytrax World Airport Awards, this year beating Tokyo’s Haneda International into second place.

London’s Heathrow comes a respectable eighth in the list overall – with its Terminal 5 winning the award for the best terminal. The highest-ranking U.S airport is Denver, in 32nd place.

Singapore’s Changi International Airport has been named the best in the world for the seventh year running. Pictured is the departure hall at Terminal 3

The annual awards, this year held at Passenger Terminal Expo in London, are based on the world’s largest airport customer satisfaction survey, with 13.5million nominations from passengers and 550 airports across the globe assessed.

As well as scooping the overall best airport gong, Changi is also named as the best airport for leisure amenities. It is home to the tallest airport slide, a free 24-hour cinema, a rooftop swimming pool and a butterfly park.

Next month, the airport is set to open Jewel, a spectacular £951million development that will house the world’s biggest indoor waterfall and a forest.

Edward Plaisted, CEO of Skytrax, said: ‘To be voted the world’s best airport for the seventh consecutive year is a truly fabulous achievement for Changi Airport, and this award continues to underline the airport’s popularity with international air travellers. 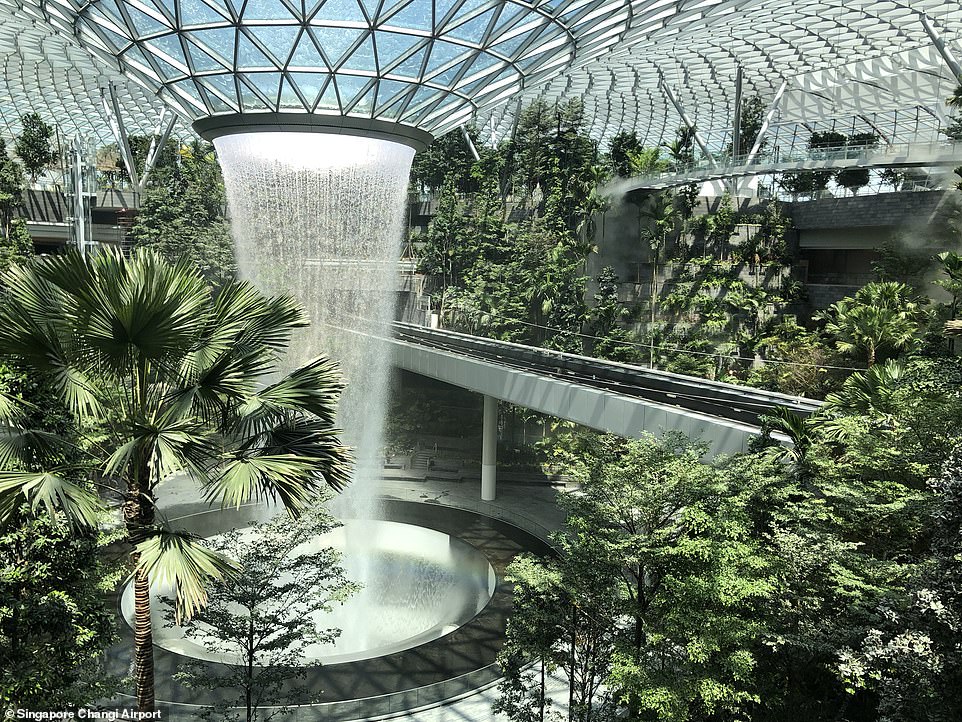 Next month, the Jewel development is set to open at Changi Airport, which will house the world’s largest indoor waterfall 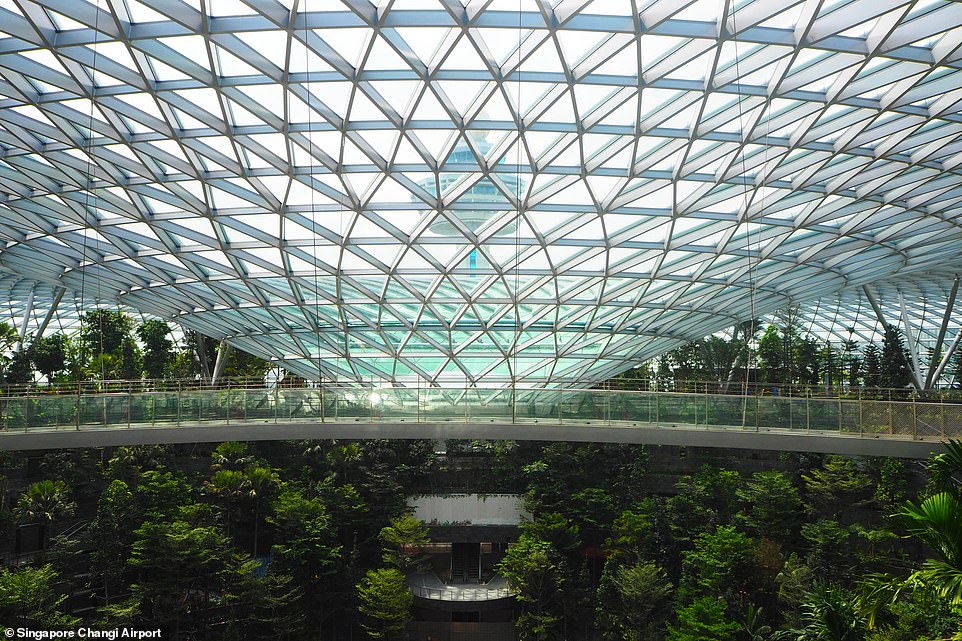 ‘Changi Airport is very focussed on continually improving the customer’s airport experience and innovating with new product and service features.

‘The opening of Jewel Changi Airport in April 2019 looks set to add another unique dimension to the experience for Changi Airport customers. Winning this award as the World’s Best Airport is a very clear recognition of the team effort among all staff at the airport who contribute to Changi Airport’s success.’ 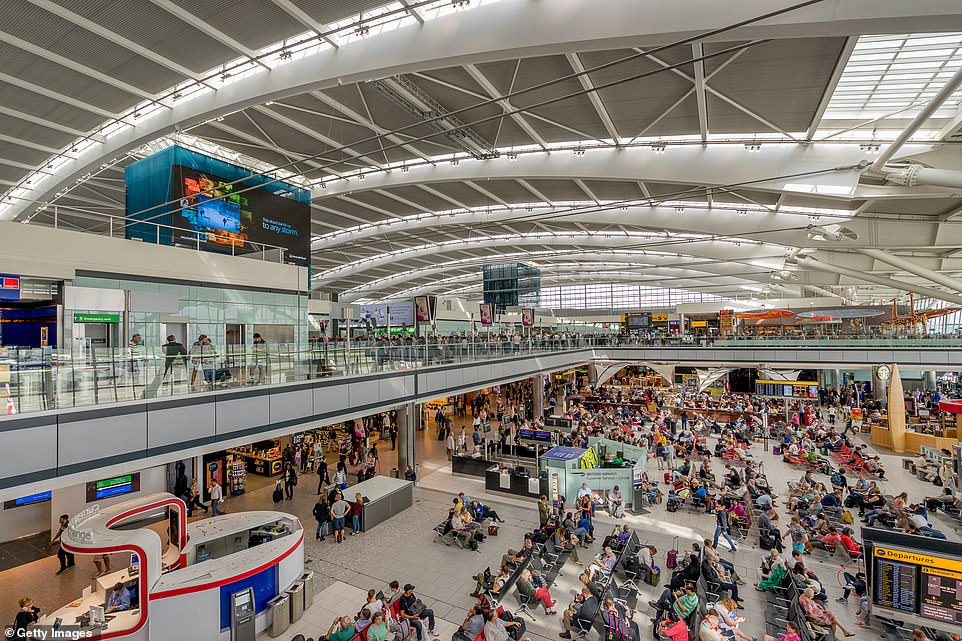 London’s Heathrow comes eighth in the list overall and its Terminal 5, pictured, wins the award for the best terminal

The top-rated Australian airport is Brisbane in 18th place.

The best regional airport is named as Centrair Nagoya in Japan, while the best domestic airport is Tokyo Haneda.

Haneda is also ranked the best for those with restricted mobility and for being the cleanest airport. 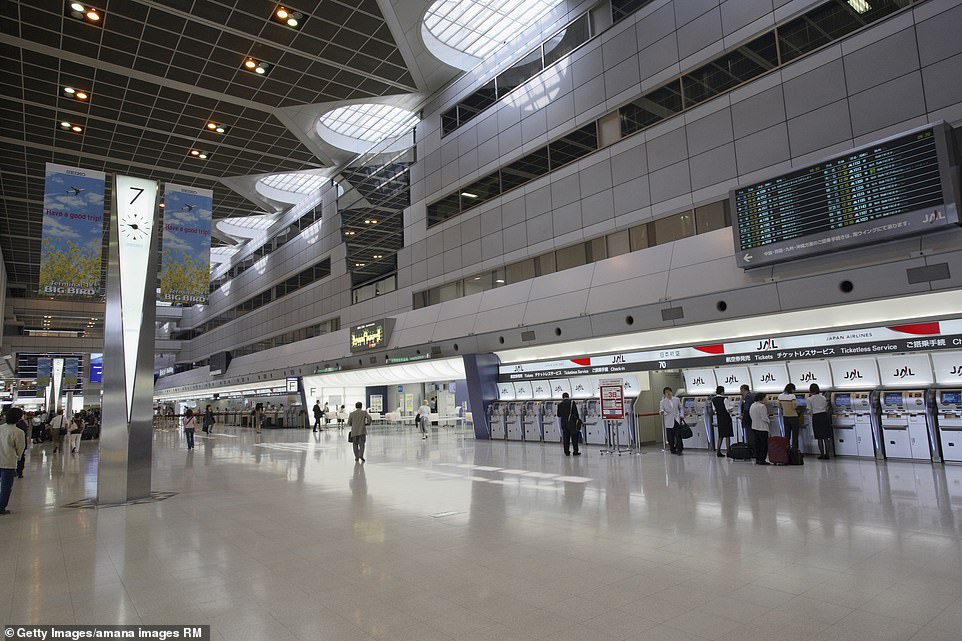 The second best airport in the world is named as Tokyo’s Haneda Airport. It has also been named as the cleanest and best for passengers with restricted mobility 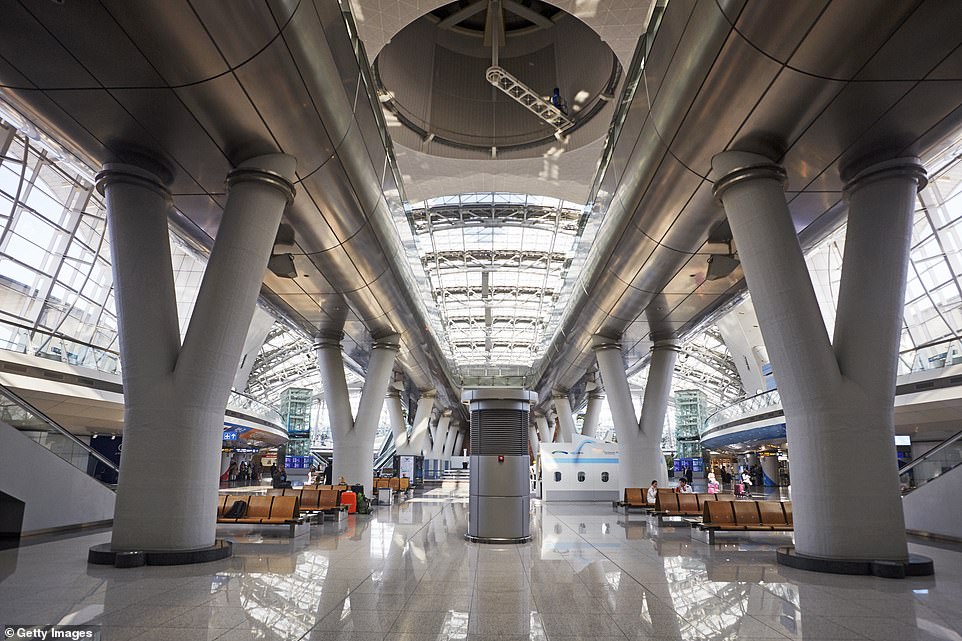 Coming third in the top 10 airports list is Incheon International in Seoul. It is also named as the best airport for transit 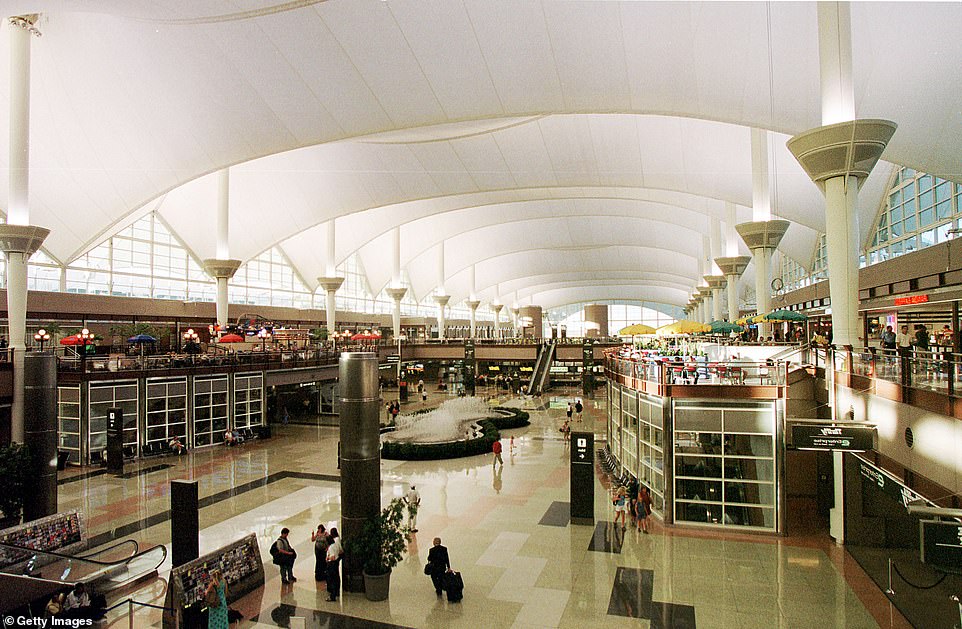 No airport in the United States makes the top 30 – the highest ranking hub there is Denver, pictured, in 32nd place

The best airport for transit is Seoul’s Incheon Airport and the best low cost terminal and best for baggage reclaim is T2 at Kansai.

The word’s best airport hotel is the Crowne Plaza at Changi Airport with the Sofitel at Heathrow ranked third.

The best airport for shopping is London’s Heathrow and the best dining experience can be found at Hong Kong International.

Hong Kong also comes top for immigration facilities while Zurich is deemed to have the best security process.

Tokyo’s Narita is rated as having the best staff while Houston Airport in the US wins the award for the best website.

The world’s best airports for dining