If there’s anyone who knows what a different a decade makes, it’s Annie Lennox. The early 90s saw her part from Eurythmics bandmate Dave Stewart and launch a solo venture that would send her soaring to even greater levels of fame, winning countless awards and becoming a global household name.

Now, as part of her retrospective, shared with YOU magazine, she’s reflecting on her incredible 30-year career, documenting the hits, highs and lows (and providing us with a vivid walk down memory lane…) 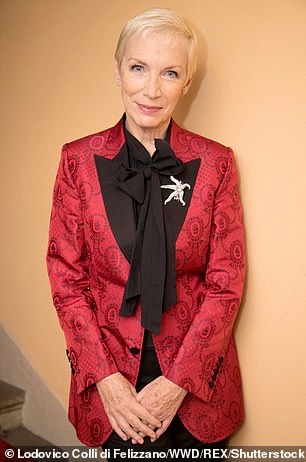 ‘I craved independence and freedom from being with someone else – but I didn’t have complete faith in myself,’ she recalls of the moment she and Dave decided to go their separate ways. ‘It was just to see if I could. I think that I had something to say for myself. I needed to know if it was possible, because I had a Siamese twin, in a way, with Dave, for such a long time. It was important for me to try who I was.’

The challenge paid off – as evidenced by the film, which follows her journey through from the moment of the break-up to debut album Diva and the covers of Medusa (and beyond).

In these intimate interviews, Annie shares the inspiration behind the music, varying from her young daughter Lola to everyday ‘miracles’ – ‘Everything is like a miracle to me. I’m not religious, but I acknowledge this extraordinary universal force everywhere is a miracle, so it’s not hard to find them,’ she explains. ‘They’re everywhere. But it’s difficult and challenging, just being alive. It’s a very interesting experience.’

‘There’s duality in life, and the songs are full of duality. They’re funny, and they’re sad. They’re beautiful, and they’re dark. That’s life.’