The Pennsylvania doctor who sang to all 8,000 babies he delivered was honored with a day named after him.

Dr Andrew-Jaja, a former OB-GYN, became known as the Singing Doctor for crooning to each and every child that he helped to deliver.

‘There’s a joy when people perform this way to honor the baby, the parents,’ he told ABC’s Good Morning America. ‘And I’m happy that the city recognized that.’

Dr Carey Andrew-Jaja, a retired OB-GYN, became known as the Singing Doctor for singing a song to every baby he helped deliver. Pictured: Dr Andrew-Jaja singing to a baby 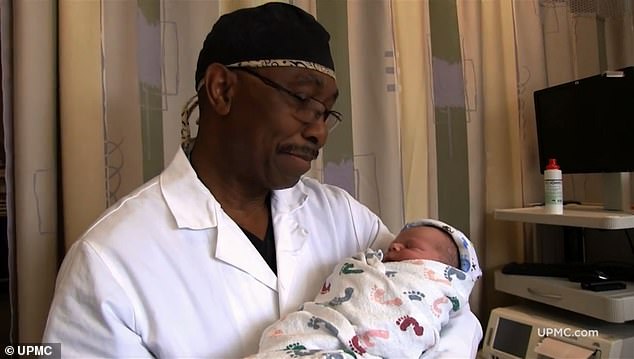 It estimated that Dr Andrew-Jaja (pictured) has serenaded more than 8,000 newborns at the University of Pittsburgh Medical Center Magee-Womens Hospital 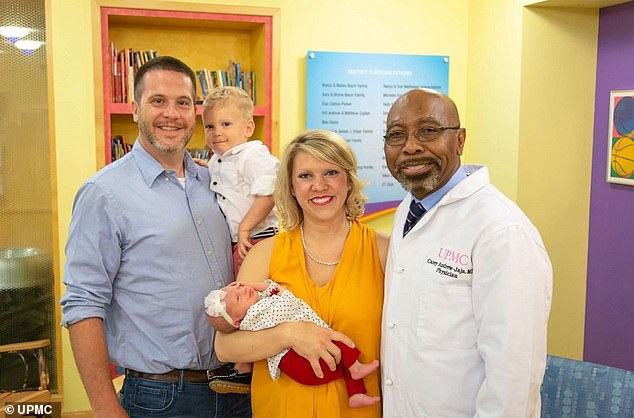 Several videos have been shared online of Dr Jaja serenading newborn babies as he cradles them in his arms or as their mothers hold them.

‘Childbirth is very stressful for the patient and their family,’ Dr Andrew-Jaja told Good Morning America.

‘Therefore, we, as caregivers, must strive to provide excellent care in an excellent setting with a smile on our face and a song in our heart.’

He picked up singing when he was working as a resident at Pittsburgh’s Allegheny General Hospital.

‘When I was at Allegheny General, there was a physician who used to sing Happy Birthday very lustily to his babies,’ he told the Pittsburgh Post-Gazette in 2002.

‘I liked that, and I would join him, and we’d both really belt it out. When he was retiring, he asked me to continue that tradition. ‘”It’s all yours,” he told me.’

Dr Andrew-Jaja himself retired two years ago – after more than 40 years in practice – but decided to briefly come out of retirement. 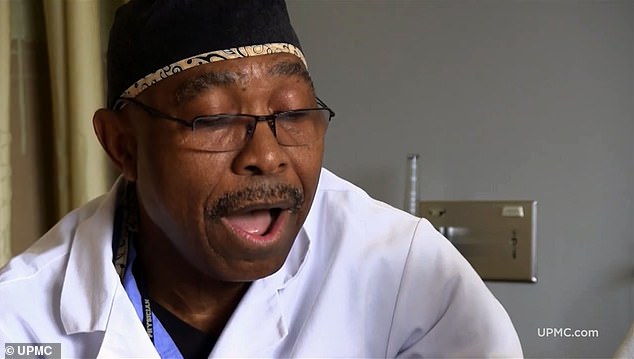 His favorite songs to sing are Happy Birthday and What A Wonderful World. Pictured: Dr Andrew-Jaja singing 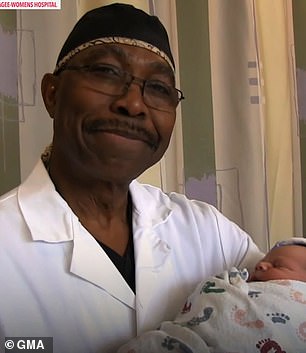 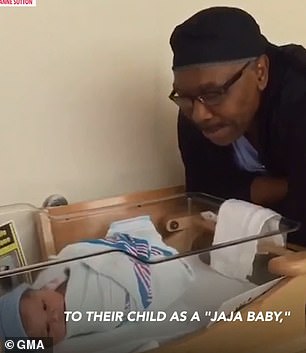 Dr Andrew-Jaja began singing when he saw a physician sing to babies during his residency at Pittsburgh’s Allegheny General Hospital.  He performs solos at his church and has sung with the Pittsburgh Concert Chorale. Pictured, left and right: Dr Andrew-Jaja with a newborn baby

He visited patient Lindsay Grimes and sang What a Wonderful World to her newborn daughter Luella after her delivery on June 16.

‘He has the most beautiful voice and, of course, he includes their name and ends the song with “Welcome to our beautiful world, Luella”,’ Grimes told Good Morning America.

‘It’s such a special thing to have your child celebrated, because obviously it’s the biggest day in your life to you.’

Dr Andrew-Jaja sings outside of the hospital as well. He performs solos at his church, Christ Episcopal Church, and has sung with the Pittsburgh Concert Chorale for more than 20 years, reported the Pittsburgh Tribune-Review.

He says that, in retirement, he plans to travel, write his own music and spend time with his family.

‘There is a grandchild waiting for me to play with me, to play my beard,’ he said.