A single mother has slammed the new Universal Credit benefits system after she says she was forced her to sell clothes and build up huge debts to get by.

The 36-year-old, who lives with her 14-year-old daughter, says confusion over her state support has left her struggling to survive.

Leanne Barnett hit out at the Universal Credit scheme, saying she had to sell clothes to get by

She said benefits bosses wrongly thought she was living with her ex, so cut her payments to include only her child support allowance and statutory sick pay.

Ms Barnett said: ‘I paid what I could in rent, when I could, and had to start selling stuff to make money. I was selling clothes, appliances, exercise equipment, anything really.’

She says she has faced a battle to keep hold of her housing association home, and now has debts of around £1,000, which she is unsure how she is going to clear.

It is unclear whether the mix up was due to a mistake by Ms Barnett or the authorities, but she says it shows what many families are going through as they face moving onto the new Universal Credit system.

She added: ‘The Government needs to put the benefits system back to how it was; with multiple payments so you knew what everything was for.

‘There are so many people like me ending up in debt because of Universal Credit; it’s unreal.’

A DWP spokesman said: ‘Budgeting support and advances are available so no one has to face hardship with Universal Credit, and rent payments can be paid direct to the landlord.

‘When a couple split up they’re each asked to make a new Universal Credit claim, to ensure they’re getting the right amount.’ 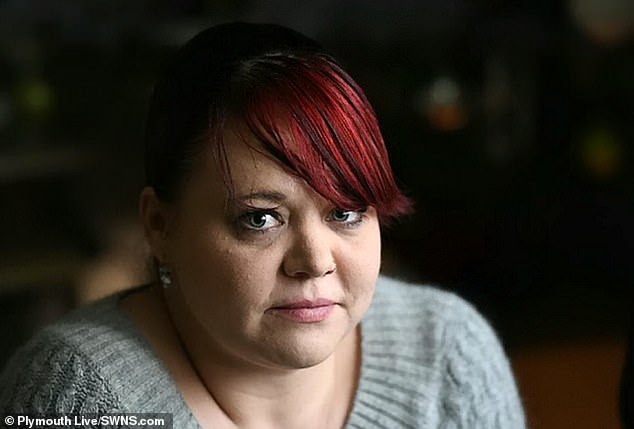 When is it being introduced?

It is being rolled out gradually across the country, starting in pilot areas in 2013. So far, only new benefit claimants have been put onto the system. But from July 2019, around 2million people already receiving the old benefits will be moved onto UC, which is due for completion in 2023.

Who will be affected?

Among those being moved to UC will be about 1 million working families and 745,000 people unable to work because of long-term illness or disability.

Will there be a wait for payments?

UC is paid in arrears, and the first payment is not made until at least five weeks after a claim is lodged. Claimants can apply for advance payments to avoid hardship while they wait.

Why is it being introduced?

Former Work and Pensions Secretary Esther McVey said that when UC is fully rolled out, it will deliver £8 billion of benefits to the UK economy per year.

Ms Barnett spoke out on the same week that four women brought a High Court challenge over the Universal Credit scheme.

The women, who are all working single mothers, argue a ‘fundamental problem’ with the controversial welfare scheme means their monthly payments vary ‘enormously’ and they end up out of pocket.

A court heard on Tuesday they are struggling to manage their household budgets as a result and some have fallen into debt or had to rely on food banks.

Lawyers for the four said the problem is likely to affect ‘tens of thousands of people’ claiming Universal Credit, which was introduced to replace means-tested benefits including income support and housing benefit.

The government’s want to put around seven million people on universal credit by the end of 2023.

By replacing six benefits with one, they hope the system will allow benefits claimants manage their own finances and better understand how they could increase their income by returning to work.

Ministers say that the new system is simpler and easier to understand than the old benefits. They believe it creates incentives for claimants to take on temporary work or increase hours.

Speaking about the system in the Commons this month, newly appointed Work and Pensions Minister Amber Rudd said: ‘It is vital as it is rolled out that we do learn from any errors, we do adjust it to make sure it properly serves the people it is intended to.’