A mum has spoken candidly about her devotion to all 57 of her children – even though only two of them are human.

Silvia Heszterenyiova, 43, who lives in Sydney, Australia, is birth mother to Veronika, 24, and Sofia, 20.

But when her biological daughters treated her to a lifelike ‘reborn’ doll, who she named Isabella, for her 40th birthday, it triggered an insatiable maternal instinct.

Silvia Heszterenyiova, 43, who lives in Sydney, Australia, is birth mother to Veronika, 24, and Sofia, 20 but has a 55-strong collection of other ‘children’ she has just a deep affection for 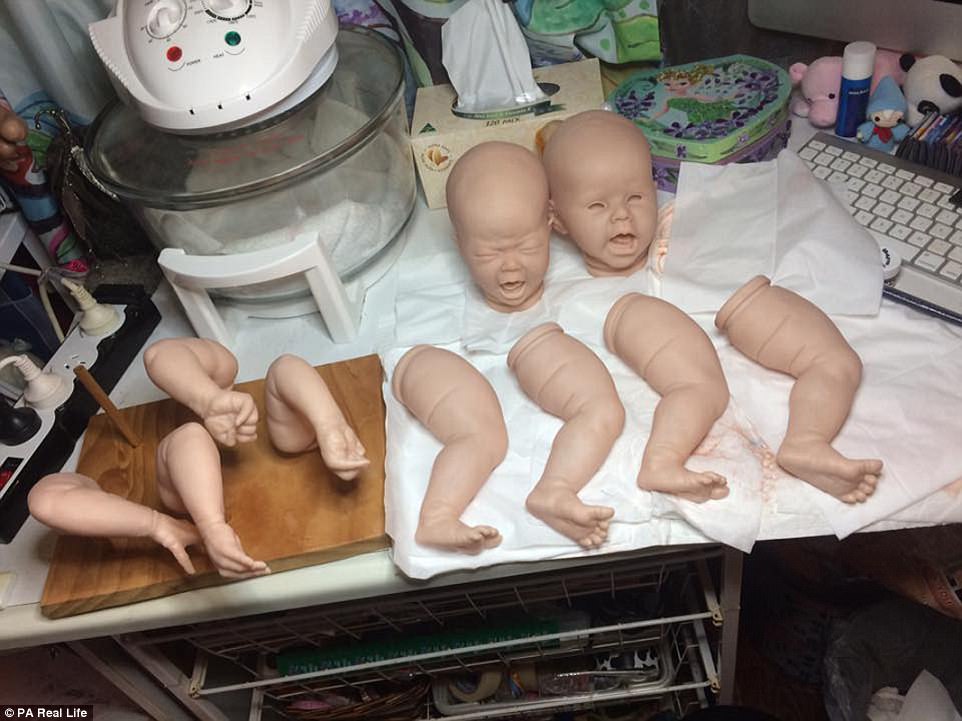 The Sydney-based mother-of-two spends her days making, repairing and caring for the ‘reborn’ dolls at her ‘nursery’ 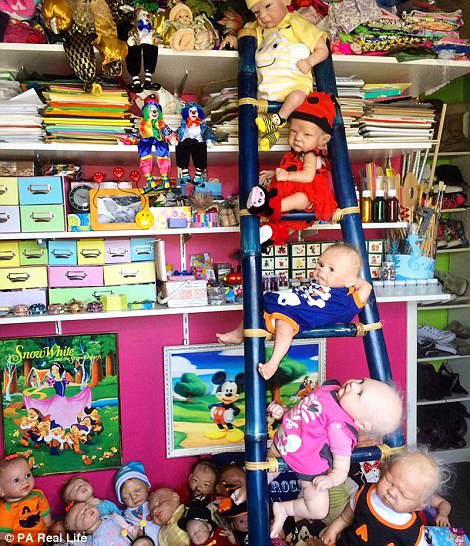 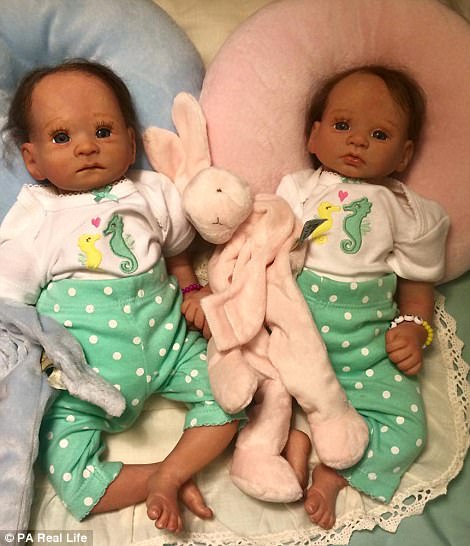 Now Silvia is ‘mum’ to 54 other reborns, including ginger-mopped Demi, who likes to go on trips to the beach, and Toby, who she takes out skateboarding.

Other dolls practice the violin and piano – sometimes busking in the street – and enjoy meals out.

Silvia, who runs a reborn nursery, where she repairs and sells reborn dolls to other would-be reborn mums and dads, sometimes sleeps with them, tucks them in at night and takes them on special days out to the cinema and park.

Some of the girls are dressed as Geishas – Japanese entertainers, who act as hostesses – while others look beautiful in pretty Victorian-style dresses.

In a nod to her home, she has also created an Aboriginal doll who she has named Biralee. Biralee comes complete with a nappy, blanket and Aboriginal-style headdress.

‘They are a treat,’ explained Silvia, who has lost track of how much she has spent on the dolls over the years. ‘Other people spend money on things they like, so I spend money on my reborns.’

She likes to photograph her dolls in everyday poses, before displaying the pictures on her various social media pages – even creating an Instagram page for the ‘youngsters.’ 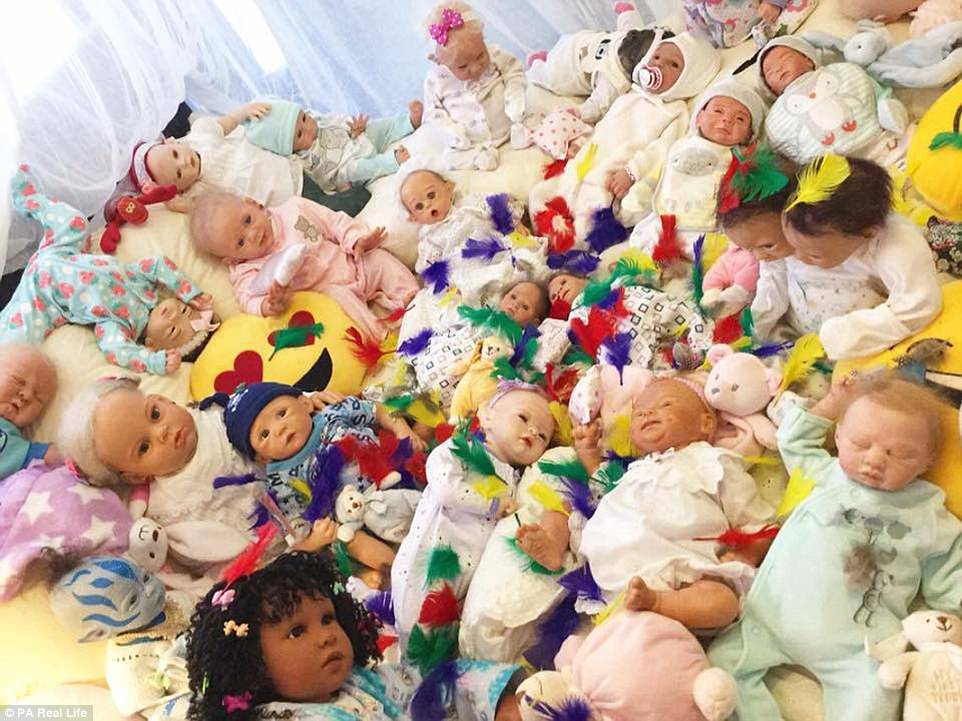 That’s quite a gang! Sylvia’s brood are all cared for like real infants might be with some of the babies joining their ‘mother’ in her bedroom 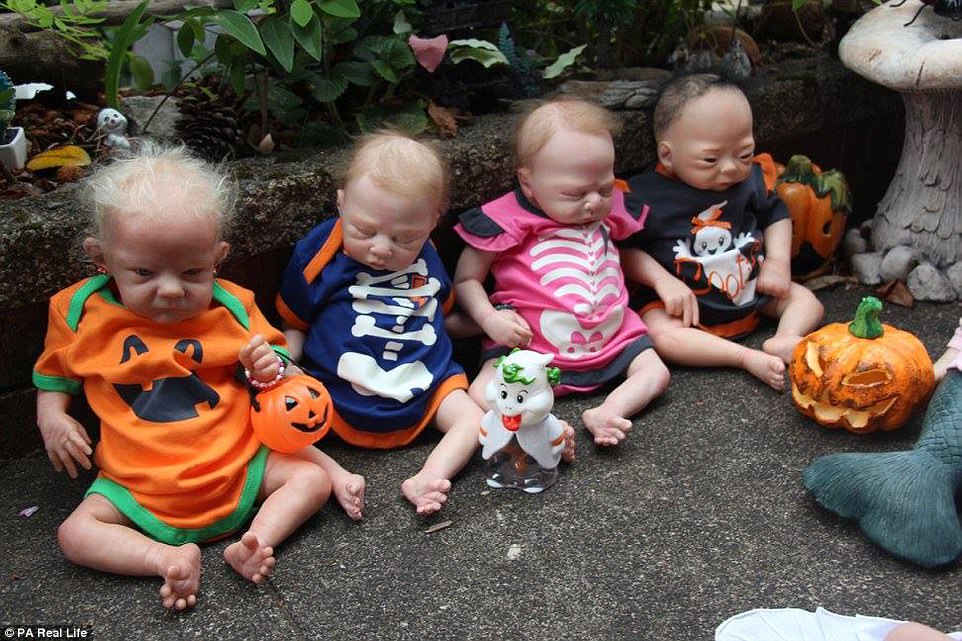 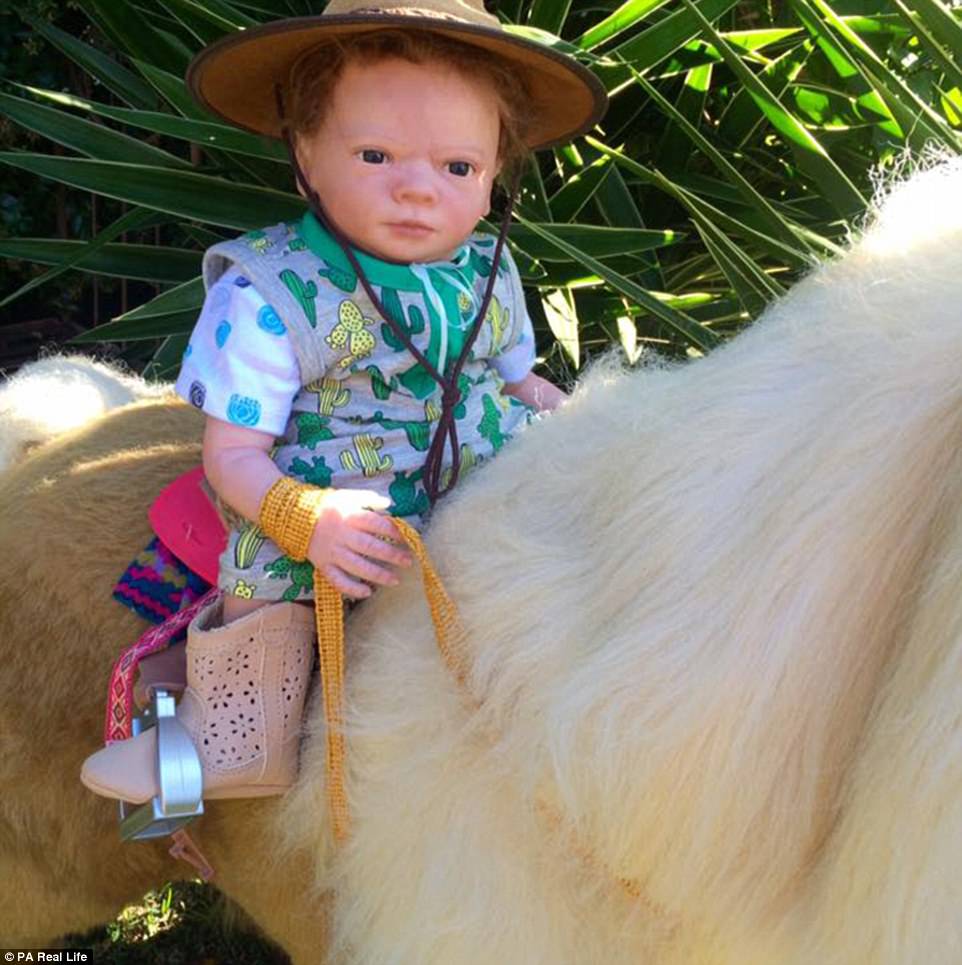 When finished, the hyper-realistic dolls are dressed in real-life baby clothes and frequently join Sylvia on her adventures 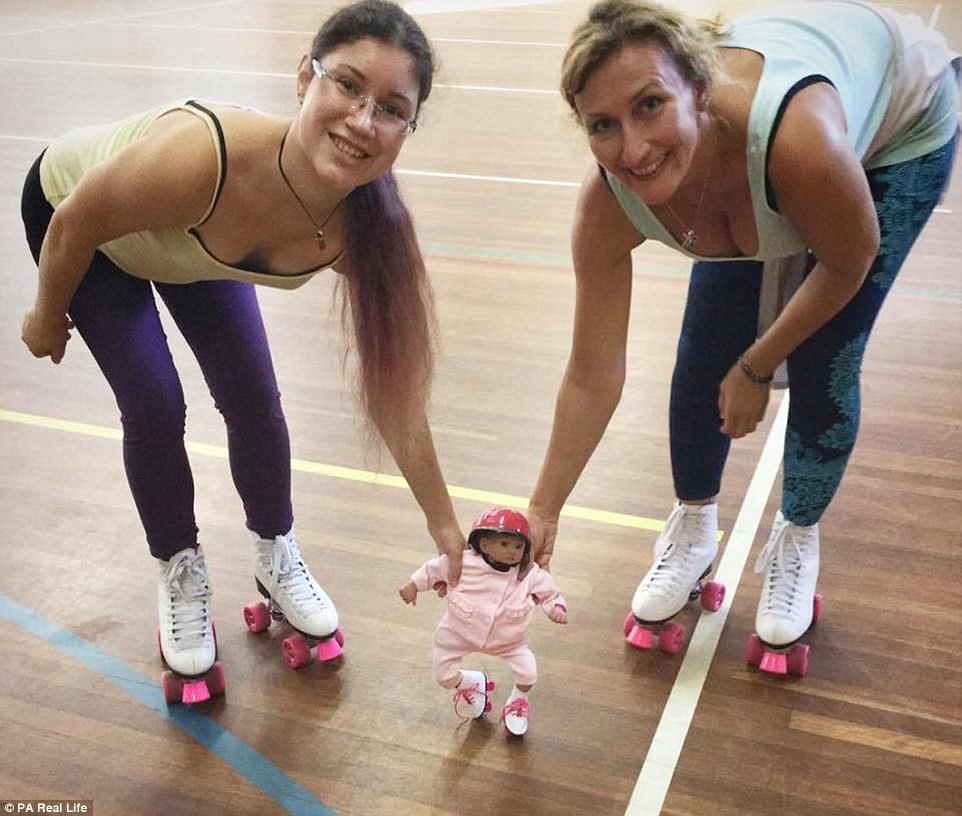 Her passion for the tiny dolls, which she lovingly cares for, began when her daughters bought her one for her 40th birthday – and she now has a 55-strong doll collection

‘People like to look at them,’ she said, proudly. ‘I dress them for all occasions – Christmas, Halloween and birthdays.’

Heartbreakingly, she has also made reborn dolls that are exact replicas of human babies who have died.

‘I made a custom order for a lady whose premature baby had died,’ she explained. ‘He was born weighing just 740 grams (1lb 6oz) and was 32cm in length. He was so adorable.’

Her own ‘children’ include twins Kirsten and Katherine, who enjoy picnics outside together, and Arianna, who Silvia has taken baby clothes shopping in public. 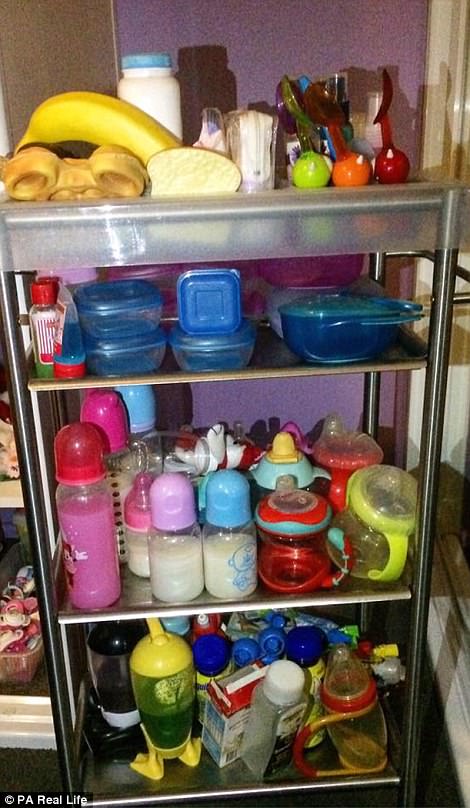 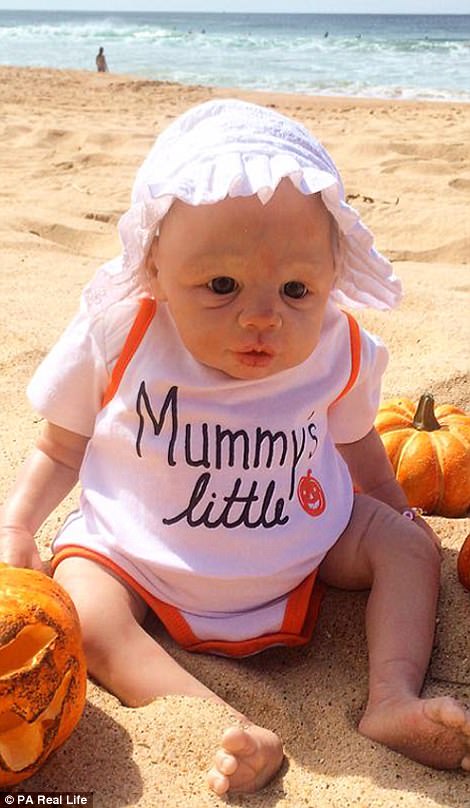 A bottle station in Sylvia’s nursery: the mother-of-57 including her own real-life children say she gets lots of positive comments from strangers about her unique hobby

She is not ashamed of her unusual hobby and says most people think her growing brood – which has increased by 18 since February – are real.

‘People come up to me and say my babies are beautiful,’ she explained. ‘They say, ‘Is she real?’

‘I take them on holiday and care and look after them. They are all very well cared for. I love them.’

Her infectious hobby has even rubbed off on her birth daughters, who have begun collections, too.

But Silvia, who now has too many dolls to take them all out at once, in the interest of fairness, alternates – treating different reborns at different times.

Single, she has even painted and decorated a nursery at home for her ‘family.’

She said: ‘I’ve always loved dolls and I fell in love with reborns when Isabella arrived.

‘I’ve also always loved art and craft and I knew I wanted to help create reborn dolls. It is a real passion of mine.

‘Each baby is unique and different from the others and that’s what I love about them.They bring happiness to my life.’