Emily Gonzalez (pictured with Coby, 4, and Ivy, 2) has spoken about the gut-wrenching moment she watched as a ferocious fire ravaged her house within minutes

A single mother-of-four has spoken out about her heartache as she watched a ferocious fire ripping through her house.

Emily Gonzalez and her four children – sons Levi, 8, and Harley, 6, Coby, 4, and daughter Ivy, 2, had started a new life in the house in the country town of Bathurst in the central west of New South Wales after living in a homeless shelter.

But 15 months later, the young family-of-five were left distraught when they lost everything after their home burst into flames shortly after lunchtime on August 6.

Shortly after discovering the blaze in one of the bedrooms, the 28-year-old mother tried desperately to put the fire out with a saucepan full of water before running outside to get the garden hose.

‘By the time I went back in, there was a thick, black smoke. I couldn’t even step into the room, the fire melted the garden hose. I needed to get out or I wouldn’t make it out,’ she told Daily Mail Australia.

‘Within four minutes, the entire house was engulfed in flames. It was devastating. I just stood there… it was really hard to watch everything go up in flames.’ 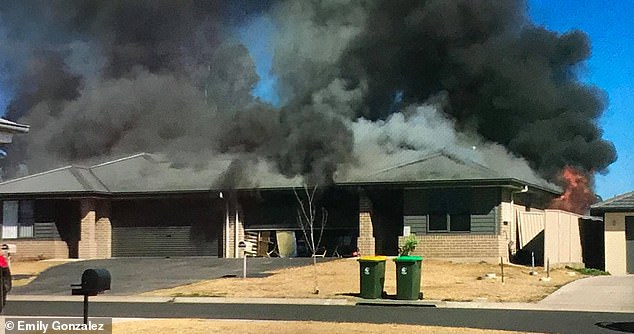 Within four minutes, the family home erupted into flames as they lost everything on August 6 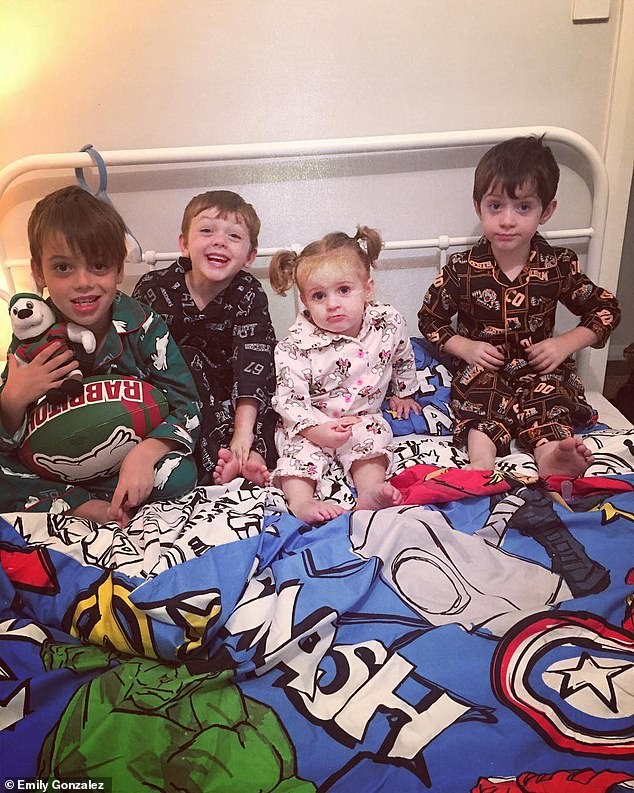 From left to right: Her eldest sons Levi, aged eight, and Harley, aged six, were in school while  Ivy, aged two, and four-year-old Coby were at home when the fire broke out

Her eldest sons Levi and Harley were in school when the blaze broke out at their family home.

Her two youngest children were watching a movie in the lounge room when four-year-old Coby alerted his mother to the smoke.

And so she decided to take Coby and little Ivy to safely in the backyard before returning to the property to inspect where the smoke was coming from.

‘It was like any other day at home. I was blow drying my hair after taking a shower when Coby came in to tell me there was smoke in the lounge room,’ she said.

‘So I put the kids on the trampoline so they could play, and I went back to look at what was causing the smoke. Eventually I found a whole wall on fire and the flames were touching the roof.

‘There was no smoke alarm, no warning of it. So I went to the kitchen and grabbed a saucepan full of water to put the fire out but quickly realised it wasn’t going to be enough so I ran out to grab the garden hose.’ 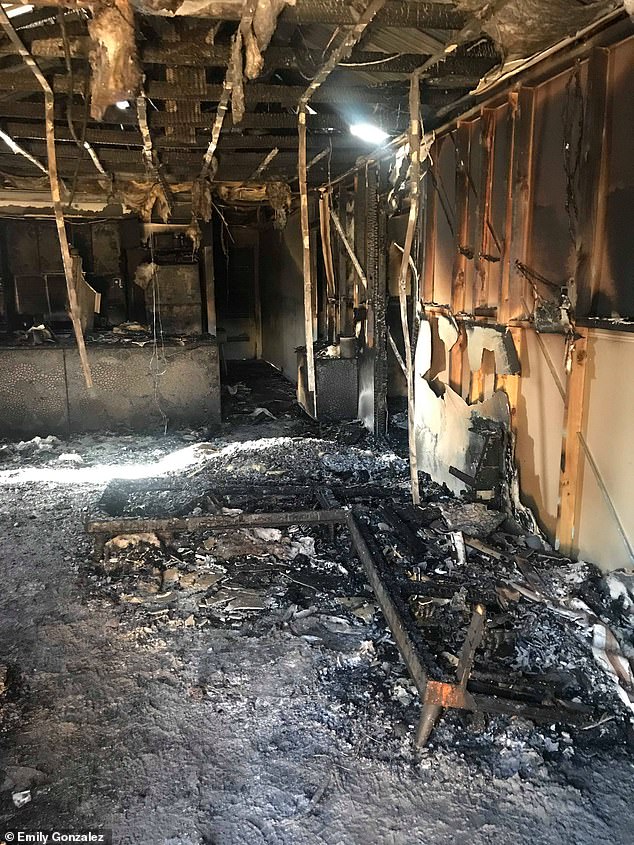 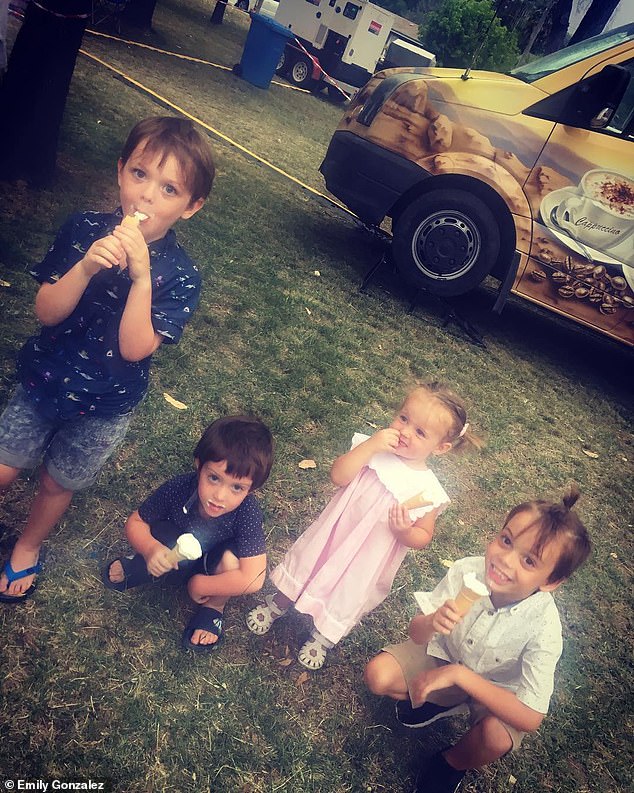 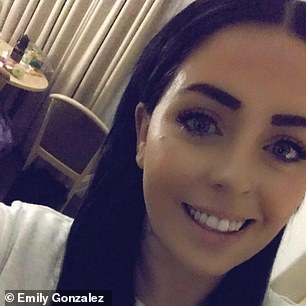 She was on the phone to emergency services when the operator told her to escape the property or she would not get out alive.

The young family-of-five tragically lost everything in the inferno after they escaped with nothing but just the clothes on their backs.

‘I tried to calm the kids down because they were getting upset. The fire went up so fast, we could see the flames going out of the windows within minutes,’ she said.

‘I just stood in front of our home and watched as the flames and smoke poured out… We didn’t have time to get anything, we got nothing out of the house.

‘You hold onto that little hope that the fireman would say there was one room that was not touched or they found something but everything was gone.

‘My dad’s ashes were in the house, all my family heirlooms like my grandmother’s engagement ring… all gone.’ 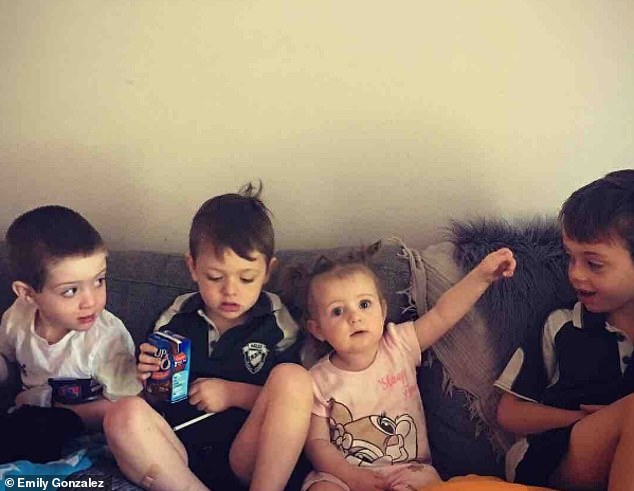 The mother moved into the property, provided by the Department of Housing, about 15 months ago after living in a homeless shelter with her four kids for six months.

‘We started everything from scratch,’ she told Daily Mail Australia.

‘We built ourselves a nice, little home. The kids had toys and they all had nice clothes. But I had to stand by and watch it all go.

‘Now we’re starting from nothing again. It’s been a really tough week for me and my little ones but I’m just counting my blessings we all made it out safely.’

Authorities are still investigating the scene as it’s unclear what caused the fire.

‘I have been working closely with police and fire investigation teams to find the cause of the fire,’ she said.

‘Unfortunately there is no simple answer, there was no electrical items in the room where the fire started. No electric blanket, no lamp, no TV, absolutely nothing.

‘Of the three smoke alarms in my house, only one went off and that only started when the flames had taken an entire room already.’ 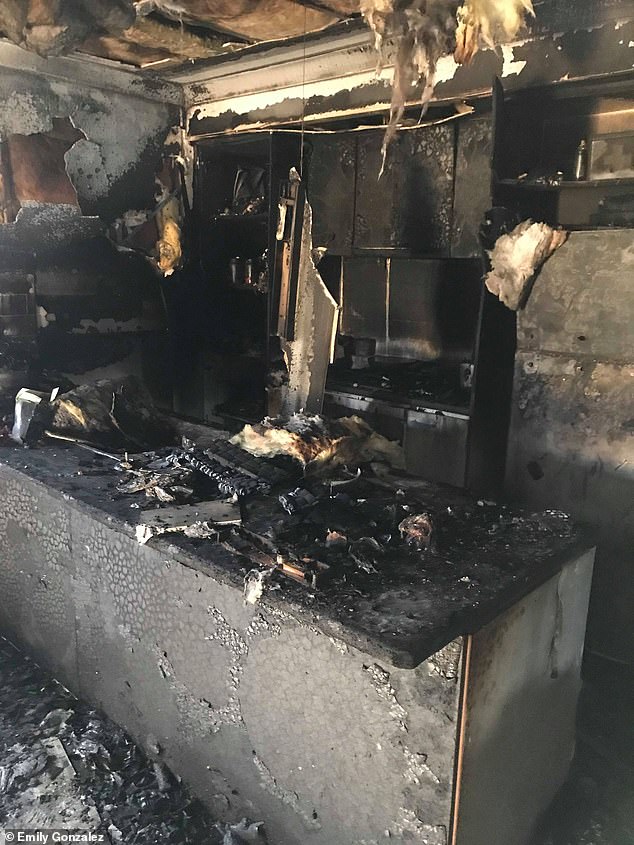 The family moved into home, provided by the Department of Housing, about 15 months ago 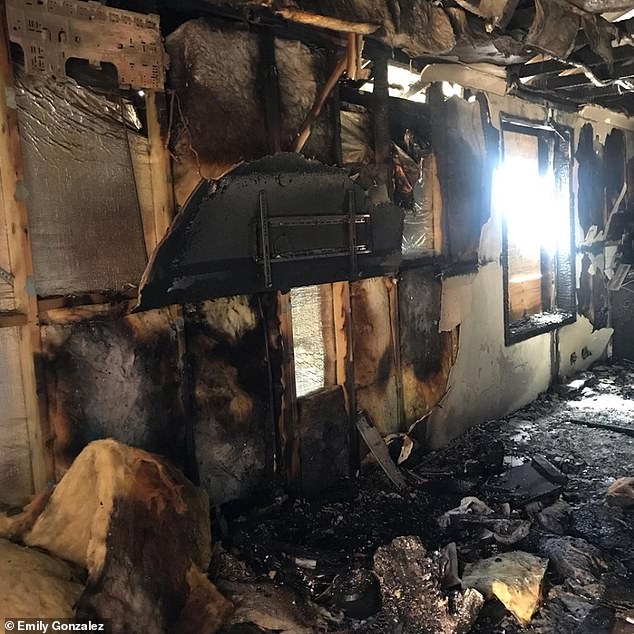 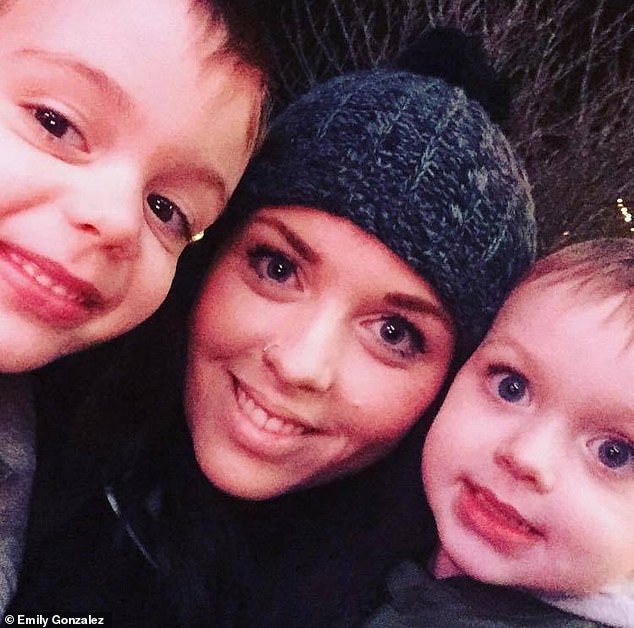 She has set up a GoFundMe page to help rebuild her family’s home – as they are currently staying at nearby motel until they can get back on their feet again.

‘We have just been given keys to a property in west Bathurst so we can start moving in but once we can get new clothes, furniture, white goods and beds’ she said.

The mother wanted to praise her little ‘firefighter’ Coby for saving their lives.

‘We also had no warning other than little Coby. Our saving graving was my youngest boy for saving us,’ she said.

‘I was at the other of the house so I couldn’t see the smoke. If he hadn’t alerted me, who knows what would of happened. He’s definitely a saviour.

‘Coby wants to be a fireman when he grows up.’