What the Sheik desires, the Sheik will have — the tallest skyscraper in the world? No problem. A Louvre-like gallery in the desert? The architects and auction houses will do the rest.

Just over 100 miles south-west of Abu Dhabi, the capital of the United Arab Emirates (UAE), is an island retreat that demonstrates a different kind of ambition; one that even by the standards set in this part of the world is a little barmy.

Sir Bani Yas recreates the African safari experience in the heart of the Middle East. 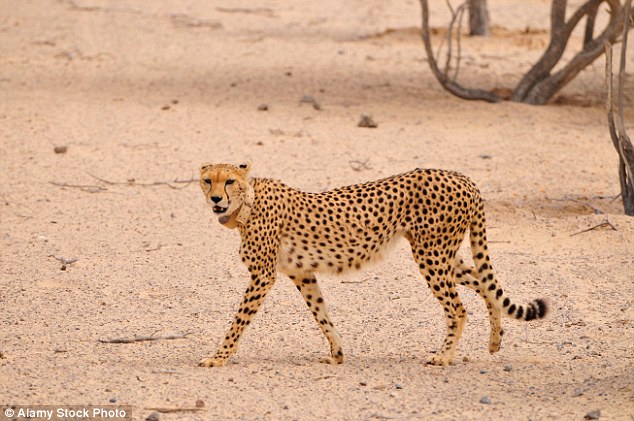 Big cat: Cheetahs, those fixtures of the African plains, can be seen on the island

A 30-minute flight from the skyscrapers of Abu Dhabi (you can also drive and take a short boat ride) lands you in the middle of a safari, where we instantly spot gazelles and peacocks.

Then we see the heads of giraffes peering our way. And that’s just the start.

There’s hardly time to admire the villa assigned to us before we are met by Kate from Ross-on-Wye and jump in her jeep.

We drive past Arabian oryx, with their distinctive white coat, and the equally endangered scimitar-horned oryx, brought to the island from Morocco as protection from hunters who use their keratin-rich horns for nail and hair treatments.

The island has one of the largest breeding herds in the world.

All the species come from somewhere else — blackbuck antelope from the Indian sub-continent, crowned crane (Uganda’s national bird) and the elegant giraffe.

The President of Sudan presented Sheikh Zayed with eight; now there are 36.

Suddenly, Kate looks worried. She tells us to look over our shoulders, where Gilbert and Gabriel, two cheetahs, have ambled onto the Tarmaced road — but they seem just as relaxed as we are.

Then we catch sight of the flightless blue-necked ostrich — the fastest bird on land (whose legs turn pink during the mating season). 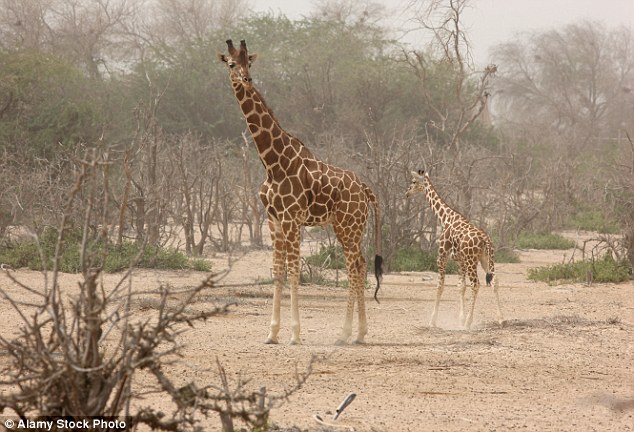 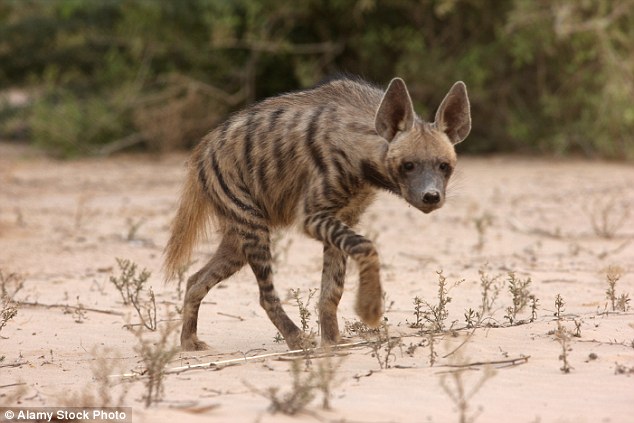 Creature comforts: There are 14,000 animals on the island, looked after by a large team

There are 14,000 animals on the island, looked after by a large conservation team.

This is the most unnatural of nature reserves, but it works spectacularly well — a safari park drawn up like a sudoku grid.

It is all meticulously planned, from the import of the animals and the staff, the water systems and the luxury.

Under British rule, this was a forgotten patch of desert.

During the Fifties and Sixties, before Britain handed the emirates to local leaders, the island was used as a training range by the Army.

The odd used shell can still be found on some of the paths.

In 1971, while Abu Dhabi and Dubai were still small, sleepy towns, the founder of the UAE, Sheikh Zayed bin Sultan al Nahyan, was so enamoured of the island that he decreed it should become a nature reserve.

He set about two tasks — importing a range of exotic animals and creating the conditions that would allow them to survive and reproduce. 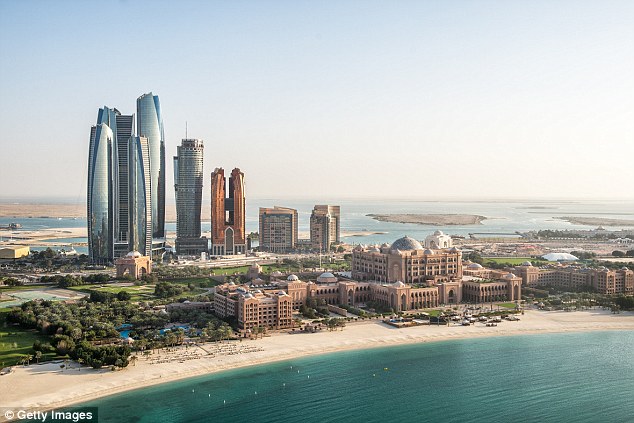 To achieve his goal, he ordered in zoological experts from around the globe. World leaders, keen to impress him, presented him with local species as gifts.

From that point, the island was transformed. Some 2.5 million trees — from palms to acacia bushes — were planted in straight lines.

To irrigate the desert, a desalination plant was built on the mainland, and pipes built under the sea.

Across the island, 80 miles of thin blue plastic irrigation pipes nestle among the sand and acacia bushes.

The island is 34 square miles, large enough to get lost, but with the heat and the roaming animals, guests are not encouraged to stray from their guides.

We go on a wadi walk for a geological tour and visit the site of a Christian monastery, which dates back to AD 600, and a 100-year-old cemetery with headstones facing towards Mecca.

Visitors are mainly expats and locals from Abu Dhabi and Dubai; some like us come from further afield, combining the crazy noise and bling of the cities with the barren beauty of the island.

Yes, of course, this is a rich man’s folly — the manufacturing of a wildlife paradise by the command of a Sheik.

For a few days of escapism, it works spectacularly well. But for how long?

Travel Facts: Plan your own break in Abu Dhabi