The total cost to taxpayers is set to be even higher as South Yorkshire Police later had to pay out damages said to be worth £1million for naming the star as a suspected paedophile when they launched the investigation.

Sir Cliff is also still embroiled in a High Court dispute with the BBC for filming the police raid of his home in August 2014, which if successful could land the public purse with further costs in compensation.

Police figures released under freedom of information show that the force spent £788,733 on the probe which lasted nearly two years, including staff costs of £766,844.

Around £10,000 was blown on hotels around the country, £6,000 went on hire cars and £1,553 was spent on train tickets before the 22-month investigation was dropped in June last year.

The singer was never arrested or charged and the case was halted by prosecutors despite several challenges by his accusers.

It later emerged that among those making claims against him were known fantasists, a rapist and a blackmailer.

The false sex abuse allegations were made public after a man contacted police claiming he had been sexually assaulted by Sir Cliff when he was a child in 1985. 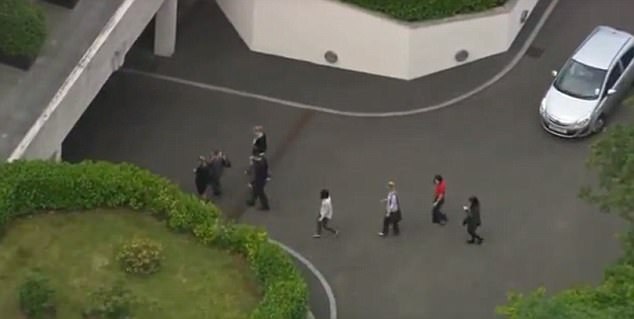 Police named Sir Cliff as a suspected paedophile and raided his £3million home in Sunningdale, Berkshire, in August 2014 (pictured)

After a tip-off, the BBC arranged to have a helicopter waiting for police so they could film officers rifling through the star’s £3million home in Sunningdale, Berkshire, while Sir Cliff was away in Portugal.

In May this year, South Yorkshire Police paid the star up to £1million in damages and costs in a private agreement for the blunder.

Sir Cliff has had to spend £280,000 defending his reputation from the false allegations, which his lawyers say have ‘forever tainted’ his reputation. 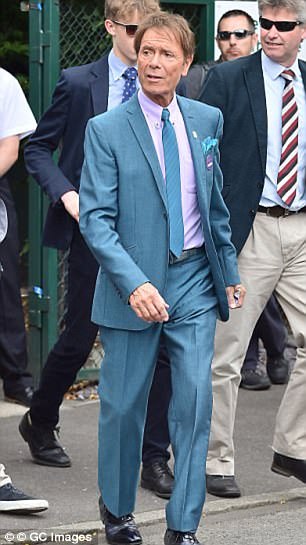 In May this year, South Yorkshire Police paid the star up to £1million in damages and costs in a private agreement for the blunder

The star’s payments to lawyers, advisers and public relations experts include £72,261 paid to tackle online trolls and £15,551 spent on challenging an individual who tried to blackmail the star by threatening to spread further malicious claims.

Legal costs for Sir Cliff’s ongoing legal action against the BBC have already soared to over £1million, even though a High Court trial is not expected to start until next spring.

If the BBC loses, it may have to pay the amount in full – on top of Sir Cliff’s £1.5million claim for damages.

Sir Cliff has criticised police and lawyers for taking so long over the inquiry and claimed there had been ‘high profile fumbling of my case from day one’.

He has said: ‘It was a disastrous time emotionally, so traumatic that I don’t think I slept more than two hours at a time for the next two years.

‘It hurt me so much I don’t think that I can ever recover personally. Some people will always believe there’s no smoke without fire.’

Yesterday a spokesman for South Yorkshire Police said: ‘Our team of officers conducted a thorough investigation both in the UK and abroad, so travel and accommodation costs were a necessary part of this activity.

‘Non-recent allegations are, by their very nature, complex and difficult matters to investigate, which can take a considerable amount of time.’