SIR CLIVE WOODWARD: English rugby is in trouble. I blame the RFU…

This was the worst week in English rugby history.

The game in this country is a total shambles and the comprehensive defeat to a South Africa side without nine of its best players showed it.

Losing to a second-string Springbok outfit came just days after the Department for Digital, Culture, Media & Sport slammed the leading figures in English rugby for the way they run the sport. When are the leading figures at the RFU going to wake up and realise English rugby is in trouble? Everything is not OK. Eddie Jones will be allowed to carry on as he likes yet again. 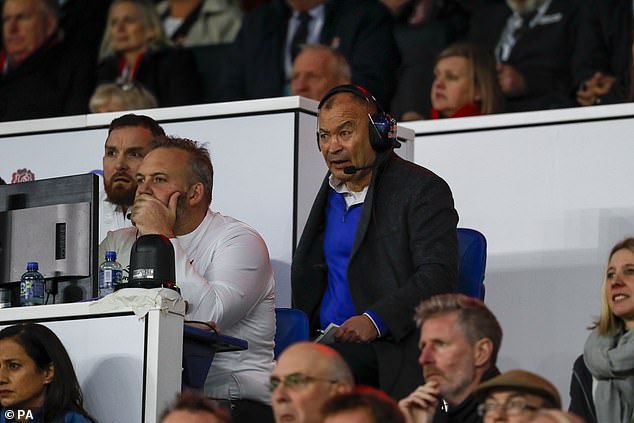 I was lost for words watching the South Africa game. It was that bad.

It was one of the most depressing games I’ve seen at HQ.

There were people I spoke to at Twickenham on Saturday who told me I’ve been overly harsh on Jones, overly critical of the England team, and unnecessarily unforgiving on the RFU.

Let me tell you something. That is not the case. I know what it’s like to be successful at the top level of international rugby and I don’t see the qualities needed do that in the leading figures at the RFU. It comes back to Bill Sweeney and Conor O’Shea at the top of the organisation who aren’t good enough to be in their current positions.

At Twickenham I saw Phil Vickery at the final whistle. Phil was one of my key players when we won the World Cup in 2003.

He was almost in tears at what he’d seen against South Africa. 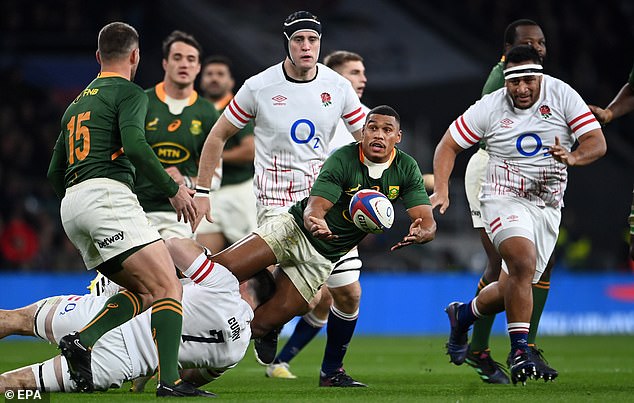 I was lost for words watching the game at Twickenham on Saturday night, it was that bad

The MPs at Thursday’s DCMS hearing tore RFU chief executive Sweeney to pieces for the catastrophic handling of the financial demise of both Worcester and Wasps.

Their criticism only touched on part of the problem. The England team is miles off where it needs to be. I’ve never seen people booing at the final whistle at Twickenham before.

It really, really hurts me to see and hear that. I hate it.

But at the same time, it also reflects where England are at right now.

Five wins from 12 games in 2022 isn’t good enough. It doesn’t reflect the talent that is within the English game. This has been England’s worst year since 2008. 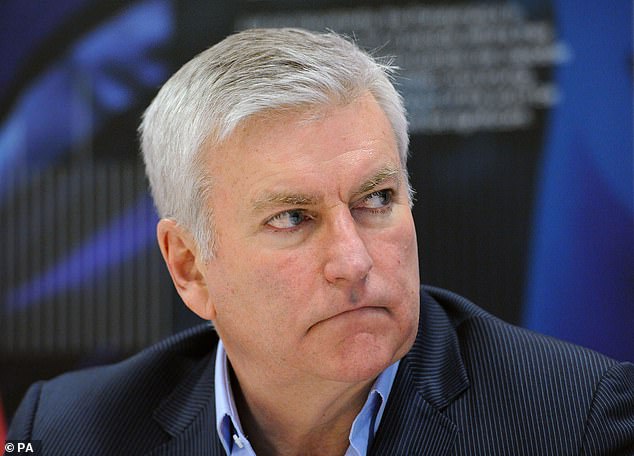 I don’t know where the RFU go from here. Sweeney and O’Shea are paying the price for not employing a director of rugby. An autumn this bad has been coming and coming for a while.

The RFU has held reviews into the England team on the back of poor results in the past.

But doing so again and asking whether or not Jones will be fired is a moot point.

Jones won’t get sacked. There is no point having another review unless Sweeney and the RFU have the backbone to name those who undertake it. That hasn’t happened in the past which makes the fact it takes place irrelevant. My hunch is that if Sweeney named those who were part of previous reviews then he would lose his job because I’m sure they would be people who either have a conflict of interest or aren’t qualified to analyse Jones’ position at the RFU. 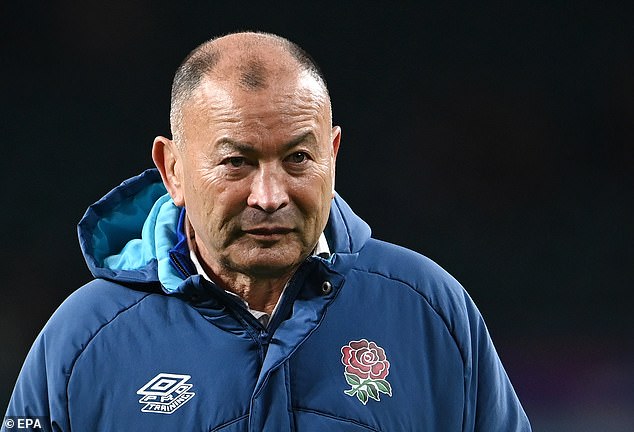 Not naming the people involved in the RFU means there is no transparency.

The English rugby public needs to know who they are.

I think Sweeney and O’Shea should both be looking at their positions in the morning, as the MPs at the DCMS hearing suggested, in Sweeney’s case at least.

Unfortunately, they don’t have the rugby knowledge to be where they are.

England were beaten by a second-string South Africa side. The team never really looked like scoring a try until late on when Henry Slade crossed after the Springboks lost Thomas du Toit to a red card. I have no idea what happens next. 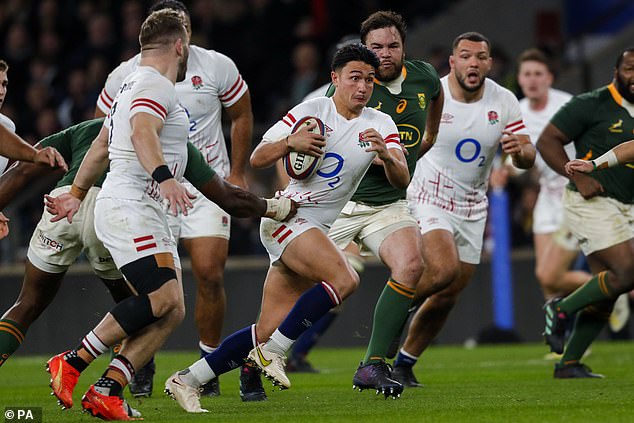 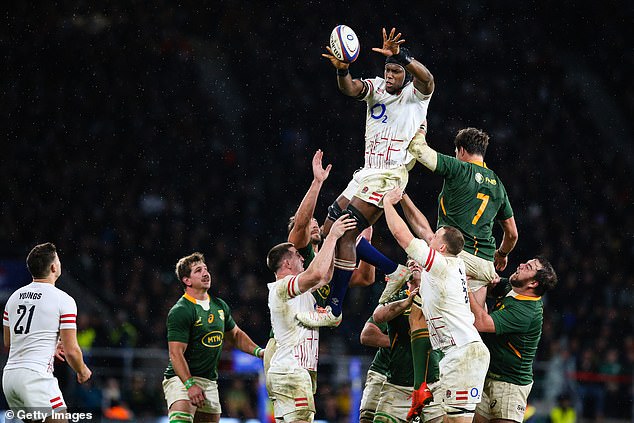 I have no idea what happens next, but the reality is that senior officials will almost certainly stay in their positions

The reality is Jones will continue as head coach. The reality is Sweeney will remain as chief executive. The reality is neither he nor O’Shea will question Jones on England’s future direction of travel. The RFU is getting what it deserves.

England lost to both Argentina and South Africa this autumn. They drew with the All Blacks and that was a game they should really have lost. New Zealand imploded in the final 10 minutes.

Ending the November campaign with just one win – over a Japan side who still aren’t at international rugby’s top level – isn’t good enough. 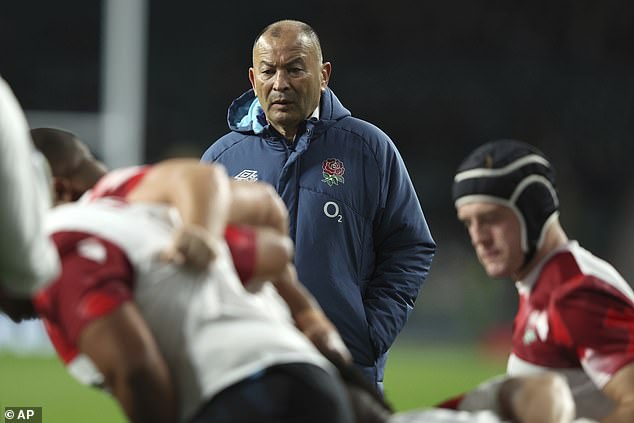 Jones is going to cop a lot of heat in the next few days.

Wayne Pivac has had a tough couple of weeks as Wales boss after losses to Georgia and Australia, but Jones should be under a similar amount of pressure.

England are miles off the pace going into 2023 and a World Cup year. The Six Nations is next but God help England in that tournament. That is going to be an incredibly difficult competition.

In the state they’re in now, England could easily lose at home to Scotland in round one. They also have to travel to Wales and Ireland. Things aren’t going to get any easier.