The nephews of billionaire property magnate Sir Frederick Barclay have broken their silence on their bitter feud and accused their uncle of ‘causing distress’ and damaging the family’s business interests.

In a rare public statement underlining the acrimonious civil war dividing the Barclays, Aidan and Howard Barclay, sons of Sir Frederick’s twin brother Sir David,  said the billionaire had made ‘consistent, misleading and damaging briefing to the media’ and threatened to sue him for damaging the family’s reputation.

In Friday’s statement, through Ellerman, the company behind the Barclay family’s assets, Aidan and Howard said: ‘Sir Frederick’s conduct relating to The Ritz sale process has been particularly concerning. ‘Despite having no relevant legal interest or involvement, Sir Frederick has used the media to issue unwarranted threats of legal action which risked disrupting the process.

Billionaire media mogul Sir Frederick Barclay (right) was secretly recorded by his identical twin brother Sir David’s son who had bugged the conservatory of The Ritz hotel, a court has heard

‘It is simply untrue that any bidder made any formal offer for The Ritz of anything close to £1.3 billion. ‘Had there been such an offer, we would have been delighted to accept it.

‘But in the unanimous opinion of the independent advisers who ran the process, the successful bid was the best and most deliverable offer on the table.’

However, Sir Frederick denied the claims and said: ‘I find this statement baffling. My nephew Aidan persuaded me to find buyers for the Ritz Hotel.’

The statement said they had intended to ‘resolve our differences with Sir Frederick’ in private, but felt they were left with little choice.

It said: ‘We have, until now, resisted making public statements to the media regarding them (Sir Frederick and his daughter Amanda) and the legal proceedings.

‘However, due to the consistent, misleading and damaging briefing to the media against us and our family businesses by Sir Frederick, we feel it is necessary to set the record straight.’

They said they would ‘actively pursue our options for recourse against Sir Frederick’.

The nephews have also hit back at their uncle’s claims that when they sold the iconic Ritz hotel to a Qatari buyer for between £700 and £750million in March it was for ‘half the market price’. 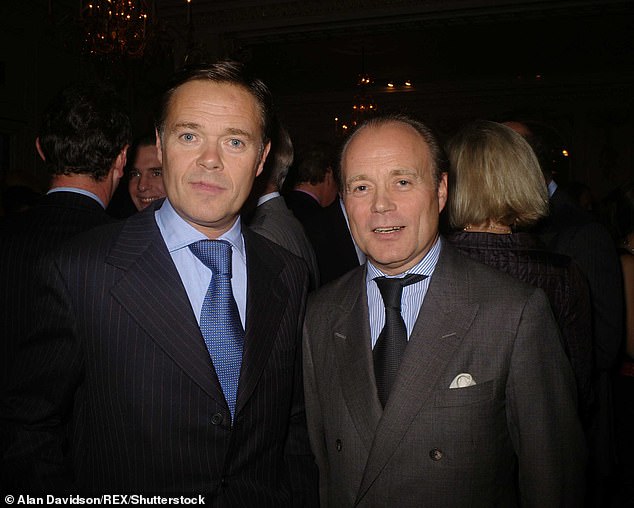 In a rare public statement underlining the acrimonious civil war dividing the Barclays, Howard  (pictured left) and Aidan Barclay, (pictured right) sons of Sir Frederick’s twin brother Sir David, hit back at the claims they sold the iconic London hotel to a Qatari buyer in March for ‘half the market price’

It is the latest episode in an increasingly bitter dispute engulfing the fractious family, which has seen Sir Frederick launch a High Court battle against his brother’s sons, Aidan, Howard and Alistair, over secret recordings allegedly made at London’s Ritz hotel.

Earlier this week, Sir Frederick, 85, released a video which he said showed his nephew Alistair handling a bug placed in the conservatory of The Ritz which he said was part of a ‘deliberate and premeditated invasion’ of his privacy.

Sir Frederick and daughter Amanda, 42, are suing the three brothers, along with Aidan’s son Andrew and Philip Peters, who’s a director of a number of family companies, after the ‘elaborate system of covert recording’ over 94 hours’ worth, made over a number of months, came to light in January. 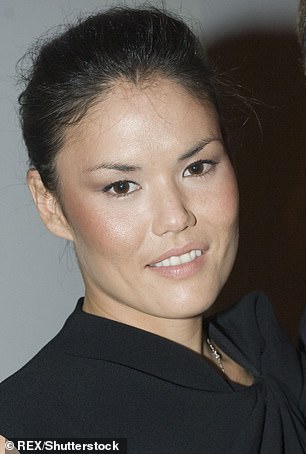 Sir Frederick and his daughter Amanda, above, are suing Alistair, Aidan and Howard Barclay, Aidan’s son Andrew and Philip Peters

At a High Court hearing earlier in May, the pair’s lawyers also claimed that The Ritz had been sold for ‘half the market price’ after conversations between Sir Frederick and a Saudi investor, who was offering £1.3 billion for the London landmark, were secretly recorded.

Hefin Rees QC, representing Sir Frederick and Amanda said the defendants heard ‘Sir Frederick’s conversations with Sidra Capital, which at the time had made an initial offer of some £1.3 billion for the acquisition of the Ritz hotel.’

He added: ‘Despite this, the defendants sold the Ritz hotel to another buyer from Qatar at a price that appears to be for half the market price. One is left to speculate why.’

At the start of May, Mr Rees submitted that material previously disclosed to his clients ‘reveals beyond doubt that the defendants derived significant financial and commercial advantage from the unlawful use of the recordings’.

He added that they were made at a time ‘when there were significant ongoing commercial disputes between the parties concerning, among other things, the sale of the Ritz hotel, the financial performance and management of the group, (Amanda Barclay’s) continuing financial interests in the group, and Sir Frederick’s divorce proceedings’.

The footage, which was released on Monday morning, appears to show Sir Frederick’s nephew Alistair just after 11pm on January 13 this year handling a listening device, which is said to have been used to capture more than 1,000 separate conversations.

In a statement, Sir Frederick said: ‘I do not want anyone else to go through the awful experience of having their personal and private conversations listened to by scores of strangers. 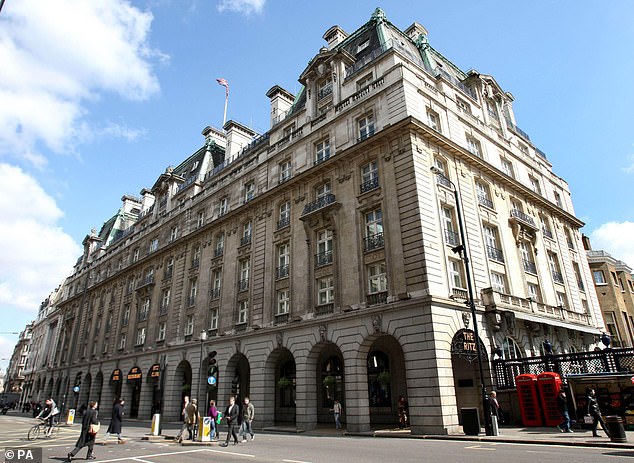 ‘It is surely in everyone’s interests for the law to be changed to prevent people, outside the authorities, using sophisticated spying devices that have such an intrusive impact.’

He added: ‘I am putting this video evidence forward as a graphic demonstration of how easy it is to spy on people in public places and to help bring about legislation to prevent such damaging intrusion.’

Sir David and Sir Frederick made the family fortune investing at the outset in London properties and then in retail, shipping and hotels, including The Ritz. The family’s main investments today include the Telegraph newspapers and Very, the online retailer.

Sir Frederick said: ‘I find this statement baffling. My nephew Aidan persuaded me to find buyers for the Ritz Hotel.

‘This I did, getting not one but two substantial offers of more than £1 billion. Aidan will also be aware that there is correspondence which confirms this and documentary evidence of the £1.3 billion offer.

‘This includes Aidan’s signature giving exclusivity to the £1.3 billion offer.

‘We too would have liked to have resolved this in the family. Sadly, the appalling tactic of spying on fellow family members have complicated matters considerably.

Regrettably, this statement issued on behalf of my nephews is inaccurate, inept and ill-informed.’