A Tory Party boss today revealed he has not received the 48 letters of no confidence needed to oust Theresa May as leader.

The PM is facing the political battle of her life as Brexiteers  have tried to mount a  coup against her in fury at her divorce deal.

But after many days of fevered speculation, Sir Graham Brady, chairman of the 1922 committee which represents Tory MPs, said he has not received enough letters.

Mrs May is facing a nail-biting next 48 hours to see if the Tory Brexiteer coup against her gains momentum or falls flat.

Sir Graham is the only Conservative who knows how many MPs have sent their letters in, and the number is shrouded in such secrecy he has not even told his wife Victoria what it is.

He also revealed that some MPs lie and pretend to send their no confidence letters in when they have not – although he d id not say if this applied to the rebels trying to oust Mrs May.

And despite the bitter Tory civil war in Westminster, he predicted that Mrs May would win a no confidence vote if one is held against her. 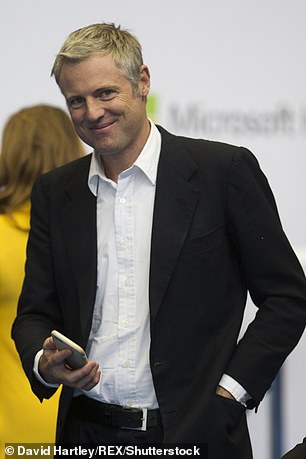 Perennial Eurosceptic Bill Cash (left) is also rumoured to have submitted a letter after Zac Goldsmith (right) said he was moving to trigger a confidence vote, becoming the 24th Conservative MP to go public with a bid to oust the PM

Speaking on the North West edition of the BBC’s Sunday Politics programme, he predicted Mrs May will not be easily toppled.

He said: ‘It would be a simple majority, it would be very likely that the Prime Minister would win such a vote and if she did then there would be a 12-month period where this could not happen again, which would be a huge relief for me because people would have to stop asking me questions about numbers of letters for at least 12 months.’

Confirming he had not reached the crucial 48 number,  he told Pienaar’s Politics on BBC Radio 5 Live:  ‘If a threshold were to be reached I would have to consult with the leader of the party the Prime Minister.’

Pressed on if this would have to happen immediately, he added: ‘The whole thing is written with the intention that it should be an expeditious process.

‘I think one of the crazy things which has taken hold over the last few weeks is that people in the media and elsewhere suggesting this is something that would go on for weeks.

‘If it were to happen it ought to be a test of opinion very quickly in order to clear the air and get it out the way quickly.’

He said claims he would sit on the letters and wait to hold a vote are ‘slightly offensive’.

Sir Graham said has not written a letter of no confidence himself and  has ‘no intention to do so’.

The Tory MP for Altrincham and Sale West said Britain is entering the ‘end game’  of a crucial negotiation and it is not the right time for the Tory Party and Government to be ‘plunged into uncertainty’.

But he criticised the PM’s Brexit divorce deal, branding it ‘tricky’ and said he is ‘not happy’ about the backstop plans warning it could leave Britain trapped in the EU customs union forever.

He added: ‘It certainly doesn’t look like the current agreement will get through [the Commons} unless either the agreement changes or the statement of the political declaration, the future relationship, gives considerably stronger grounds for optimism a bout the nature of the final deal.’

Sir Graham said the fevered speculation about the PM’s future has meant that he is being quizzed on how many no confidence letters have been sent in at the supermarket tills.

Asked about the number this morning, he said: ‘I can’t tell you how many times I get asked that question every day.

‘I get asked it in the supermarket, I get asked it walking in the street….I have  become nervous about counting or saying numbers in case people think I am referring to something which I am not.’

Sir Graham revealed even his wife Victoria, who is also  his parliamentary assistant, does not know how many letters have been sent in. 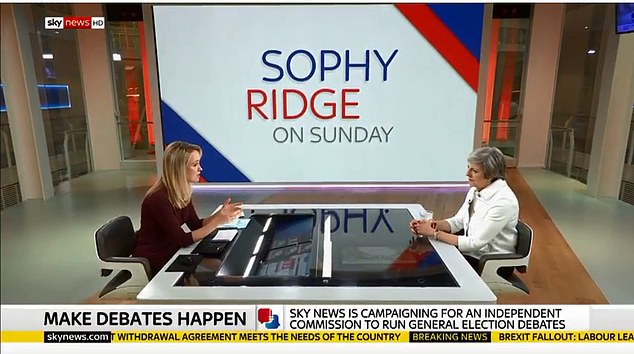 He said: ‘Just me. The rules are slightly odd in some ways, but one thing which is absolutely clear…is that if anybody where to write a letter then it must be kept confidential.

‘It is up to them if they want to say they have done it.’

And he revealed that Conservative MPs have been known to lie about sending their no confidence letters in.

He added: ‘This is not a new phenomenon.’ And he said that his predecessor in the post Michael Spicer also spoke  about how some Try MPs hoodwinked the press and public into falsely believing they had dashed off their letters without actually sending any in.