Sir John Major was today accused of hypocrisy after he said Boris Johnson broke the law by shutting down the Commons for five weeks – but did it himself in 1997.

The former Tory prime minister, 76, prorogued Parliament in 1997 to delay publication of a report into the cash-for-questions scandal that rocked his party until after that year’s general election.

Sir John, who branded Conservative eurosceptics ‘b***tards’ at the time, was then dumped out of office after Tony Blair’s landslide victory for New Labour.

Cross bench peer Lord Digby Jones, who served as a trade minister under Gordon Brown, said today: ‘The Prime Minister prorogues Parliament for a long time for apparently ulterior motives – but that’s ok isn’t it Sir John Major when it’s you who did it in 1997!’.

He added: ‘The sheer hypocrisy of Major now shows the lengths Remainer Saboteurs will go to subvert the Will of the People’.

While Tory MP Iain Duncan Smith said: ‘So the words ‘pot’ and ‘kettle’ do come to mind rather significantly here. John Major going to the Supreme Court to say that somehow it was unlawful, I do recall that this is the same man suddenly prorogued Parliament in the height of the ‘cash-of-questions’ report and he was highly criticised at the time but he still went ahead’. 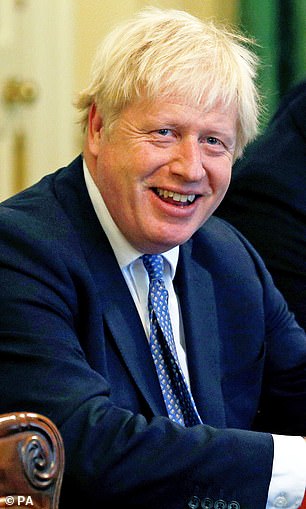 How Parliament was shut down at outbreak of WW1, again after WW2… and also when Sir John Major was PM

The suspension of Parliament has been used for political reasons during key moments in Britain’s history, lawyers for the Government argued yesterday.

Rebuking the claims of campaigners, the Government cited how Parliament was broken up – or ‘prorogued’ – for weeks at the outbreak of the First World War in 1914.

Legal submissions setting out Boris Johnson’s case said ‘the history of the power to prorogue Parliament supports the fact that it has been used for political purposes’.

The document said prorogation had been used at times of ‘political importance’.

This included ‘restricting the time otherwise available to debate legislation’, as well as occasions when the ‘Government of the day lacked a majority in the House of Commons’. Lord Keen, the Advocate General for Scotland, representing the Government, said Parliament was prorogued from September 18 until October 27, 1914, shortly after the outbreak of war. He told the Supreme Court: ‘That clearly was not for the purpose of the King’s Speech.’

The written submissions noted that the King’s Speech on prorogation at the time called for ‘action not speech’.

Lord Keen said the Government arranged for two one-day prorogations in 1948 to force through legislation on how the House of Lords could block bills.

‘This last example was clearly for a party political purpose,’ he added. ‘It was a naked political reason.’

Sir John Major prorogued Parliament himself ahead of the 1997 general election, which prevented MPs from debating a report on the cash for questions scandal, but has questioned whether the current prorogation by Boris Johnson was done in the best interests of the country.

On that occasion, the prorogation was for one in say in March and was followed by an election on May 1, resulting in a change of government after Tony Blair’s landslide win.

He told the Supreme Court that Sir John’s decision was not done for ‘base political reasons’ so was therefore ‘different’ to the current shut down of Parliament.

Sir John believes Boris Johnson’s prorogation decision was motivated by his ‘political interest’ in closing down Parliament ahead of the UK’s exit from the EU.

Sir John is an intervener in an unprecedented case at the Supreme Court over the Prime Minister’s advice to the Queen to suspend Parliament for five weeks.

He is supporting an appeal brought by campaigner and businesswoman Gina Miller against an earlier ruling by the High Court in London that the prorogation was ‘purely political’ and not a matter for the courts.

On Thursday, the third and final day of a historic hearing at the Supreme Court in London, Sir John’s QC Lord Garnier said the intervention was ‘nothing to do with the arguments for or against Brexit’.

In written submissions which were also provided to the court, Lord Garnier said the former prime minister is of the view the ‘inference was inescapable’ that Mr Johnson’s decision was ‘motivated by his political interest in ensuring that there was no activity in Parliament during the period leading up to the EU Council summit on October 17 and 18’.

Lord Garnier, who served as solicitor general under David Cameron, added: ‘One of the central points of the present case – and the reason why these proceedings are necessary at all – is that the power of prorogation subverts the possibility of control by political means.

‘Its effect is to deprive Parliament of a voice throughout the period of the prorogation.

‘There is no possibility of political control except in the limited sense that a prime minister who exercises the power in a damaging way might face political consequences at some later date, when Parliament is permitted to reconvene.

‘But where the effect of the prorogation is to prevent Parliament from discharging its role during a time-critical period, there is no possibility of meaningful political control of that decision until after the damage has been done.’

Lord Garnier said it remains ‘genuinely unclear’ whether Mr Johnson disputes that he was motivated by political interest because no witness statements have been provided.

He added that the submissions made on the Prime Minister’s behalf at the High Court ‘studiously avoided committing to any clear position on the issue’. 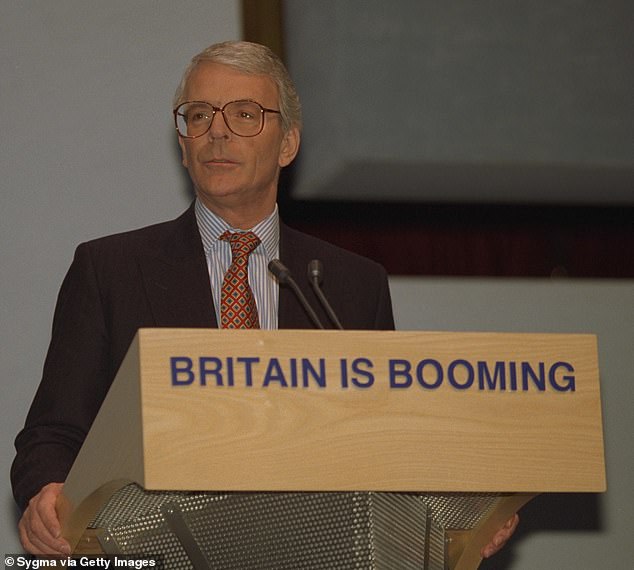 The barrister said the Supreme Court is under no obligation to approach the case on the ‘artificially naive’ basis that the documents submitted on Mr Johnson’s behalf should be ‘assumed to be entirely accurate and complete when even members of the Cabinet do not appear to believe them’.

In a witness statement prepared for the High Court hearing, Sir John said it was ‘utterly unacceptable’ for the Government to ‘seek to bypass’ Parliament because it does not agree with the proposed course of action on a certain policy.

The statement read: ‘I served in Parliament for over 20 years both as a backbench MP and as a Government minister at Cabinet and more junior levels.

‘I was of course Prime Minister for nearly seven years and am very proud to have been in the Commons and a minister.

‘I have huge admiration for our Parliament and am a keen supporter of its rights and duties.

‘I cannot stand idly by and watch them set aside in this fashion.

‘I appreciate that this is not the Government’s stated intention for proroguing Parliament, but for the reasons set out in this statement, the inescapable inference to be drawn is that the prorogation is to prevent Parliament from exercising its right to disagree with the Government and to legislate as it sees fit.’

The panel of 11 justices also heard submissions on behalf of the Welsh and Scottish governments and Northern Irish victims’ campaigner Raymond McCord.

The hearing is due to conclude on Thursday afternoon, but it is not known when the court is expected to give its ruling.