Sir Jonathan Bate, who is also a provost of Worcester College in Oxford, was sent the first disturbing note about his partner Paula Byrne in January 2015.

Byrne, a bestselling biographer, is an expert on acclaimed literary figures such as Jane Austen and Evelyn Waugh – and decided to turn the vitriolic letters into a novel.

The first one the couple received began: ‘Dear provost. Please, please, do something about Paula’, The Sunday Times reported.

It described her as ‘barely literate’ and ‘pathologically vain’, called her a liability and said her vulgar tweets were giving the college a bad image.

Others said her degree at a Chichester college means she is ‘ill educated’ and sneers that she is ‘from Liverpool’. 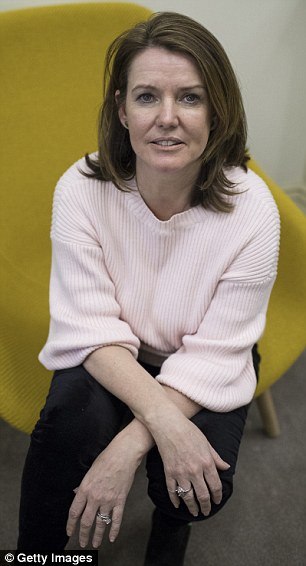 Byrne is smeared as ‘ugly’ and a ‘bad mother’, and told she is hated in Oxford and known as Bate’s ‘Wag’

She is smeared as ‘ugly’ and a ‘bad mother’, and told she is hated in Oxford and known as Bate’s ‘Wag’.

Latter notes were more sinister, purporting to be from various people including a doctor and a mother whose daughter died of anorexia.

Byrne and Bate are convinced the author is female.

A spoof letter was even among the crude batch, written pretending to be Byrne using some Shakespearean spellings.

It said she will disregard those ‘who say I look like a cross between a tranny and a Cheshire housewife’ and says a ‘cruel person’ claimed her book about Waugh appeared ghostwritten.

The startling message also said: ‘Jonathan will never get bored of me because I have ‘infinite variety’ like Cleopatra, and I make him hungry where I most satisfy!’

Pondering as if Byrne herself, the writer asks: ‘If Jonathan dumps me, will I still be Laydy Bayte?’

‘I get bored of men within two years unless they happen to be a passport to a glam life, which luckily my darling Jonathan is.’

In an apparently random stream of consciousness, the letter also criticises ‘dowdy telly dons like Bettany Hughes and Lucy Worsley. Who would want to look like them?’ 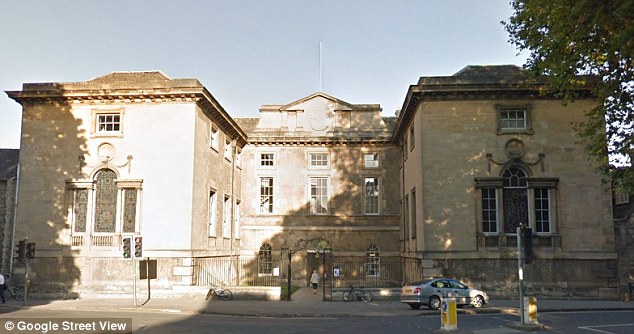 Bate, who is also a provost of Worcester College in Oxford (pictured), was sent the first disturbing note in January 2015

Bate and Byrne reported the letters to Thames Valley Police, at which point two had been received.

The pair were told it could be a crime under the Protection from Harassment Act and the Malicious Communications Act.

Bate and Byrne have since handed over the letters to the police for tests. 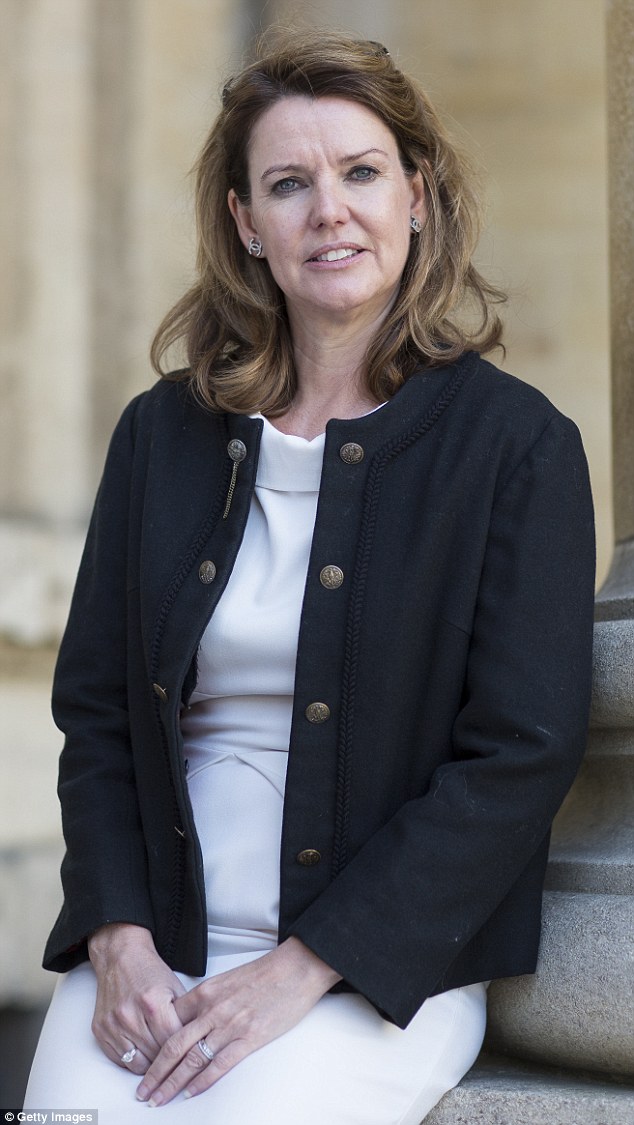 Byrne (pictured), who has written a novel based on her unsettling experience, said the letters were ‘very hurtful’ and ‘vicious’ but believes they were cleverly crafted by the author, who she and her husband believe is female

‘They are very hurtful, at times vicious, though also cleverly done,’ Byrne told The Sunday Times.

‘I never tweeted massively but it’s clear I’m being followed by this person.’

But she decided to turn her bewilderment into something positive, penning a novel called Look to Your Wife which mirrors her own experience with the hateful letters.

It features Sir Edward Chamberlain as a Tudor historian who is headmaster of a school and his second wife Lisa Blaize – Byrne is Bate’s second wife.

Blaize is a teacher, mother, fashion blogger and occasional writer of articles who posts on Twitter and then receives anonymous letters.